Real, But Not Too Real 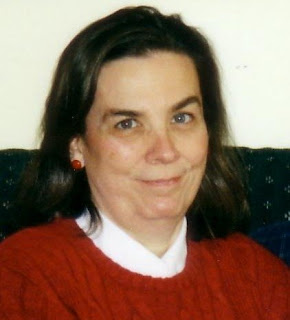 Fran Shaff is the author of more than a dozen published sweet romance and young peoples' novels. She has also had short stories published in such places as WOMAN'S WORLD magazine, and the Amazon Shorts program at Amazon.com. Look for her Award-Winning Article about Orphan Trains in RAILROADING THE PLAINS a book featuring the papers from the 39th Annual Dakota Conference published by The Center for Western Studies in Sioux Falls, SD.

Awards Fran has won for her fiction and non-fiction writing include: 2007 EPPIE nomination for young peoples' literature, WRITE TOUCH READERS Award, MORE THAN MAGIC Award, HERBER W. BLAKELY Award, and more than a half dozen other awards and acknowledgments for her outstanding writing. 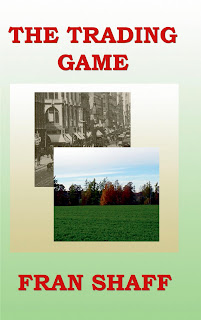 Reality in fiction is key to placing readers firmly into our stories. If characters don’t seem like flesh and blood human beings full of flaws, heartaches and joys, readers won’t care enough about our stories to continue reading our books.

Worse yet, our readers won’t be entertained. They’ll be frustrated, and we’ll be failures as writers. After all, our job is to see to it that readers are delightedly entertained whenever they open one of our books.

Our fiction needs to be real, but is it possible for a writer to make her fiction too real? Yes, it is.

Consider setting. Naturally, the setting of a story needs to be true to life, believable and historically accurate in order to place a reader securely into its location. However, a writer must take care to keep a reader grounded with what is familiar to him.

Even when writing fantasy a writer must make the reader comfortable in her surroundings.

For example, in my fantasy YA novel, LITTLE GREEK GODS, the gods, turned into human children, interact with other human beings throughout the book. While they journey through the countryside and live their everyday lives they experience things familiar to all people. With the readers being placed comfortably within what is familiar, they are ready to experience things which are unfamiliar. Like what it’s like to participate in bull dancing contests, fight off killer birds or find their way out of the Labyrinth.

Another way of making fictional things too real is by allowing unfamiliar conversation into the story. All areas of the world have a way of speaking that is specific to them. English spoken in England, Australia, Asia and the United States is not exactly the same English. Even within different parts of the US, language varies and so do expressions and colloquialisms. While the use of some native expressions goes a long way to making a setting more real, an overuse of unfamiliar local language will frustrate the reader and encourage him to close the book.

Different eras in history also mean different brands of the English language (or any other language). If one is writing a book to be published in the US which is set in Fourteenth-Century England, readers would be quite frustrated if the author wrote the conversation in a manner that was common speech of that time period. The English of that day was quite different from the English of the Twenty-first Century. The dialog in that Fourteenth-Century novel should sound like it is being spoken by people from centuries ago, but it should not read clumsily which it would if it were picture-perfectly accurate.

When writing historical fiction, it is important to setting to make the language, technology, history, locality, etc. true and accurate while at the same time using discretion and latitude in such a way that the author keeps the reader comfortable in her surroundings.

Keep it real (but not too real).

Orphaned and alone Lacey Masterson and her sister Gina struggle to make their way on the streets of the city.

Salina Fulbright wants adventure in her life, and she thinks Lacey just might be able to help her have it. Deception, street fights, bank robbers, stowaways----Is that enough adventure for you Salina?

Trade Paperback available at Amazon and Target Stores
Posted by Marta Stephens at Friday, May 09, 2008

Fran, thanks so much for this post! And so true, especially when we write about different places and times. No matter how accurate, the reader has to be able to connect and relate to it.

Best of luck with your books!

Thanks for stopping by Fran, and for talking about the use of language, etc. - I think the subject of using common speech (historical or even regional) is a broad one -- and I believe that using a light-hand is definitely the way to go-but of course, the requirements of the story do go a long way in determining need for such a thing.

New writers would do well to try to keep it as minimalistic as possible.

Come back and visit us again!

Wonderful piece, full of great insight. Thanks, so much, Fran, for joining us on MB4. Stop back again soon.