The Book Jacket and Me 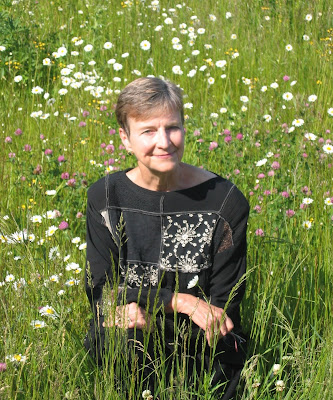 The other day, a certain online bookstore sent an update featuring an article on how to create a book jacket that works. Because I’m not a cover designer I deleted it, but now regret having done so. Every author needs to know about book jackets. Book jackets can make or break a book. According to some experts, book jackets are the most important items for your marketing dollars. A great cover can peak book buyers’ curiosity. Without one, your book might go un noticed, especially if you are a first time or self-published author. Big-time writers could probably sell books with just their name and the title of the book on the jacket. What do you think?

Let me tell you a story about an experience I had with the book cover for my memoir, The Scent of God. I was lucky enough to have a publisher who cared dearly about the success of my book – the recently deceased Liz Maguire of Counterpoint. Almost immediately on purchasing my book, Counterpoint began working on a cover design, as they wanted the book as their lead title for Spring 2006. Periodically I’d get an email from Liz telling me that they were having a hard time with the cover – those presented were either too sensual or too spiritual.

At the same time they were developing potential covers, they were sending the manuscript out for blurbs. My agent is Ann Patchett’s agent. She asked Ann if she’d be willing to do a blurb. Ann agreed. Loved the book. Said she’d like to meet me. WOW. My husband and I were planning to head south that fall, so we plotted a detour to visit Ann in Nashville.
A few days before leaving on our trip, I received an e-mail from the publisher telling me they had a jacket and she thought I’d love it. She’d send it special delivery so it would arrive before I left. They needed my input ASAP. When the package arrived, my husband who was with me when I opened it, said “Beryl, honey. I wouldn’t buy a book with that cover in a million years. It looks like it comes from a religious shrine.”

I felt the same way but what did I know? So I brought the book jacket with me and showed it to Ann when we got to her home. I knew she’d give me an honest answer. Ann took one look and declared the proposed cover “a train wreck.”

The next morning she phoned our agent and told her that something had to be done about the cover. Then Ann took me into her library to scour the shelves for cover ideas. It was there, in a classy coffee table book of photos, that I found the photo that became the cover picture. For your entertainment, I’ve posted both jackets here. Can you guess which one was the reject? 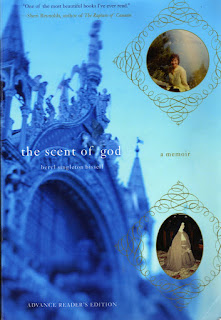 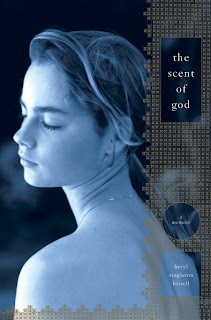 Beryl Singleton Bissell was born in New Jersey , spent her teenage years in Puerto Rico , entered a monastery the day after her 18th birthday, left the monastery fifteen years later. She's been a nun, a wife, mother, a widow, a divorcee, and for the past twelve years has been happily married to a man nine years younger than she is.

Beryl’s work experience is almost as varied as her married history. After leaving the monastery, she worked with a set designer in Puerto Rico, spent a year as national coordinator for the Blue Army of Our Lady of Fatima, designed and sold 18-karat gold jewelry manufactured in Italy , and spent eight years at Milkweed Editions, a not-for-profit literary press in Minneapolis .

Beryl returned to school as a single mother while working full time at Milkweed Editions. In 1996 she received her B.A. from Metropolitan State University in Saint Paul . In 1996, she was chosen as an alternate for a two-week writing residency at Norcroft that resulted in a marriage proposal, the first chapters of her award-winning memoir, The Scent of God (Counterpoint NY April 2006, hardcover, April 2007 softcover), a Loft creative nonfiction award, and an eventual move from the Twin Cities to the North Shore of Lake Superior in 1998. For the past nine years she has been a columnist for the Cook County News Herald and a free-lance writer for various regional and national magazines. She has two children: a son Thomas, and a daughter Francesca who died in 2001; three grandchildren, a lovely husband and home.

At the advanced age of 66, Beryl finally finished the memoir she’d been thinking about since 1990, becoming one of those fortunate first time authors who actually find agents who find publishers who are willing to take a chance that they've got a story to tell. She was names “Best of 2006 Minnesota Authors” and her memoir, The Scent of God, was a “Notable” Book Sense selections for April 2006. She is a popular blogger on Gather and recently began writing a travel blog Road Writer.
Posted by Aaron Paul Lazar at Monday, May 26, 2008

Hi Beryl, so good to see you here at MB4.

Thanks so much for sharing your experience. I couldn't agree more that "...book jackets are the most important items for your marketing dollars." I had a similar experience with my first book cover. I nearly died when I saw the proposed design; it was terrible. So like you, I found the picture for my book and was fortunate that the photographer allowed me to use it along with a mention of her name. A friend who is a graphic designer added the finishing touches to it.

Please stop by and visit us again!

Do you think this was wise? The reason I ask is that with a new cover, a book might attract a new audience.

Good question, but I don't have an answer to it.

My instinct tells me that yes, a different cover might attract a new audience, but it could also confuse the reader who is looking to buy the book based on a cover he/she is familiar with and can't find it.

Ann Patchett showed me the new cover for the paperback for Truth and Beauty which I thought was exquisite . . . she asked me whether I liked it and then mentionned what a testy scenario book jackets can present. I never thought to ask her whether she thought they were a good idea or not.

I should drop her a line and ask.

Beryl, I love your covers!

Beryl, I'm in love with the cover you chose for the final design. The young lady is so delicately featured and the pose so... ethereal. It fits your book perfectly. By the way - for all reading this blog, and I know there are many more of you who stop by to read but don't comment -- Beryl's book is a superbly crafted memoir, rich and eloquently documented. It moved me deeply and I highly recommend it. Here's a link to the review I wrote for it: http://www.gather.com/viewArticle.jsp?articleId=281474977042968&nav=MyGather

Thanks for posting with us, Beryl, and please come back often!

Beryl, the cover of your book grabbed me right away. There was something mysterious about this young woman; almost like the Mona Lisa. Even if it wasn't you, it was evocative and sensual, yet innocent.

Well said, Carla. I agree wholeheartedly about the woman in the photo!

Beryl,
As you know, I have enjoyed, read and gifted your book to many friends since I first discovered it. I personally think using the same cover on the paperback was a good choice. I can't imagine seeing it with any other cover and the cover used was perfect. The young woman imparts an innocence, knowledge of the world and simple honesty that mirrors your book wionderfully! I wish you all the luck in the world and am pleased to have your book in my collection!
Susan