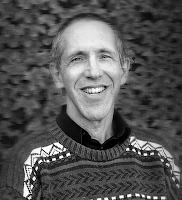 by Peter Clenott author of HUNT THE KING

Surely this is a question that has gone through most unpublished writers’ minds when they are in pursuit of an agent or a publisher. Do I write a mystery? Should I throw down the gauntlet at Stephen King and write a horror tale? How about science fiction or the next Harry Potter?

People in the know advise to look at what’s on the best-seller lists, what’s hot, what’s in. The problem for me has always been that, by the time I tried to write what was hot or in, the subject was no longer hot or in. I’m still on Shakespeare while the rest of the world has gone on to Diablo What’s-her-name. I figured, as well, every other budding author is doing the same thing I am. Looking at Dean Koontz’s success or John Grisham’s and trying to follow down their golden paths. But you can’t. Because everyone else is going down that same well-worn path. How do you separate yourself from the crowd? How do you make yourself stand out so that an agent or publisher will choose you over the multitude? Not without a great deal of difficulty, obviously.

Other people suggest, ‘Write what you know.’ Well, okay. Except, what I knew bored me. Why do I want to write about things in my life? That’s why I write. To get away from those things.

Having dispensed with that thoughtful bit of advice, I chose to go my own way. Write whatever interests me at the moment. No matter what. If it’s not best-seller material, so what? If I’m talented enough, surely some agent or publisher will recognize my genius and scoop me up in a chariot filled with royalty checks.

So, here’s what I wrote about:

PAN DORA ISLAND: Chimps in the wild taught how to use sign language by a madman. When the madman commits suicide, the chimpanzees are left to evolve with this newfound skill of communicating with words.

LIGEIA: A studious slave teams up with her favorite author, Edgar Allan Poe, to uncover the killer of President Zachary Taylor.

GOSPEL OF HANNANIAH: The ‘autobiography” of Jesus’ illegitimate daughter.

You get the idea. Eclectic. Don’t pin me down to any genre. Distinctive. And this is only the tip of the creative iceberg.

Where did it get me? Back to looking up what was on the best seller lists.

Ultimately, I drew this conclusion: you have to write what gives you joy, no matter what the consequences. You have to love the characters you give life to and the worlds they inhabit. Writing has to give you pleasure. You have to long to be in the places where your writing takes you. If it’s not good enough for publishing houses or agencies, so be it. I don’t think you can write a good publishable novel if you are not enjoying the experience. Many published authors who write series or stay within a particular genre run out of juice, and their novels, while published, even successful, are no longer particularly good.

So, I went back to the drawing board, which in the old days was a lined notebook and a portable typewriter. In the early 1990s I read an article in the Boston Globe in which a prelate of the Catholic church stated he had the right and power to deny congregants access to God if they belonged to organizations he disapproved of. In other words, he was going to deny members of the Church access to the sacraments, the rites and rituals of the Church if they were pro-choice. That was when I decided to write TRACES OF A LIFE, the precursor to my debut novel, HUNTING THE KING.

TRACES concerns an archaeologist, Molly O’Dwyer, who is a passionate seeker of knowledge but who remains at the same time a loyal observant Catholic. Her mother had been a pagan but died when Molly was a child. Molly was then practically raised on the campus of the Jesuit institution where her mother had taught. Her conflict throughout both TRACES and HUNTING is that of an intelligent being who questions her organized religion when it comes into conflict with her own morality. In TRACES, Molly is assigned to a dig on a Boston harbor island and there, coincidentally, begins to uncover the truth about her own past and what her mother was doing in defiance of the Church and common law. In short, I decided to write a mystery with an important moral spine. I wanted to challenge the Church and the arrogant position of those who felt they could deny people God because they had a degree in theology and a position of political power within the Church.

At the time, by coincidence, I had an agent. And she wasn’t from Arkansas either. Not that there’s anything wrong with Arkansas. I had an agent from there once, too. In fact, at one time or another I’ve had four agents, all from different states. This particular agent was a New York agent, so I was excited for the first time in many years that my novel, TRACES, might actually be sold. Only it wasn’t. My agent quit. She was so frustrated by the publishing business that she decided she wasn’t going to represent fiction anymore.

Bereft and alone again naturally, I returned in my own frustration to the Best Seller list. DA VINCI CODE happened to be the hot thing at the time, so I took my lovely red-haired archaeologist Molly O’Dwyer and sent her on an expedition into war-torn Iraq in search of the remains of Jesus. I figured, surely this can’t miss.

Well, surely it can and surely it did. For two years, during which time I wrote two more novels, all the while sending out that all too familiar deluge of letters to agents around the globe. I wrote an anti-war novel aimed at Bush/Cheney, THEY WERE CALLED TO DUTY, and a sure-to-reach Oprah novel called ALBERTVILLE.

Letters went out. Letters went unanswered. Same old story. No one wanted anything that I wrote, no matter what genre I wrote in. Finally, luck stepped in like a swaggering pimp in a Blaxploitation flick. I found Kunati Books on a web site called FirstWriter. Sick and tired of agents, cynical about the book business in the US, I searched for a publisher or an agent in Canada that might be more amenable to what I was trying to do. I hit on Kunati. They were looking for cutting edge fiction, page-turners that had the feel of a Hollywood film to them. I knew right away what I was going to send them. Molly O’Dwyer in Iraq. This happened in late March of 2007. In August Kunati’s publisher Derek Armstrong contacted me by email and offered me a contract. I had been writing for 34 years.

So, what to write? My experience may be unusual. At least, I hope it is. Maybe I did things all wrong, I don’t know. I still say you have to write what is in you to write. Not what you know, but what matters to you. If I hadn’t stumbled upon Kunati Books, I would still be floundering to this day. I’m convinced of it. But if HUNTING THE KING doesn’t do well and Kunati doesn’t offer me a contract on a second novel, I will persevere. I always have. And I will continue to write what matters to me. Next up: COMRADE LOLITA. Via con dios.

Peter is a native of Portland, Maine and graduated from Bowdoin College with a degree in history. After living abroad in South Africa for a while, he settled in Boston and worked most of his life in the non-profit world with homeless or at-risk families, trying to find secue afforable housing for them. He has been writing since he graduated Bowdoin and has written dozens of novels and screenplays. HUNTING THE KING is his first published novel. He is currently working on ALBERTVILLE, the story of a young black woman who leaves Alabama to join the US State Department in the newly independent Congo in 1960.
Posted by Marta Stephens at Friday, April 11, 2008

Thank you Peter for adding your insight on MB4. I love this ". If it’s not best-seller material, so what" -- I try to keep that in mind also as I write various bits and pieces. Sometimes as authors we have to get back to the root of writing and that is, we LOVE what we do. It isn't always about getting published.

Amen, Peter! Although it went against much advice I received early on in my writing career, I decided not to try to jam my book into a specific genre, but to write from the heart the books I knew I was born to produce. And - after churning them out one by one for a few years without even thinking about marketing and agents and the like, things fell into place and I found that I had created a series folks seemed to love. After a few agents who didn't quite work out (either too inexperienced or just plain not suited for the work), I landed with Twilight Times Books and have been happy ever since. They just accepted my sixth book and I've got six more in the wings waiting to sub.

Thanks for stopping by MB4 and sharing your thoughts with us. And best of luck with your writing! May you sell many thousands of copies of Hunting the King!

I enjoyed your article immensely. Very encouraging. I think you captured what so many of us think and feel about writing and the choices invovled in this art form.

I wish you all the best!