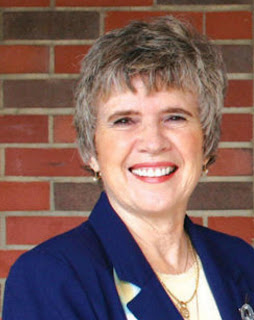 © Lonnie Cruse 2010 all rights reserved
I'm thrilled to kick-off the featured guest season at Murder By 4 with an insightful article written by my dear friend, classic car enthusiast, and fellow mystery writer, Lonnie Cruse.  Don't you just love that cover? 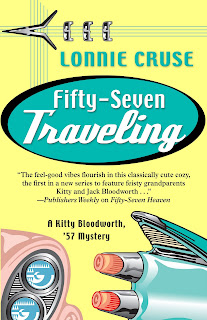 Someone recently asked me: Why write mysteries about characters who own an old car?

The short answer: Why not? Which would’ve been rude, so I didn’t say it. So let’s move on to the long answer.

There are several reasons why I chose to use a ’57 Chevy as an important part of the scenery in my series. Sort of another character, if you will, but NOT a car that talks. Still, the car is key (you’ll pardon the pun?) to the mystery.

My hubby has been restoring a ’57 Chevy for a decade or so, a car I only got to ride in maybe twice before he took it apart. Sigh. While I wait for “THAT DAY” to arrive, I use my imagination and write about a couple who do own such a car, one that is fully restored, fully drivable, and wins trophies. A car that is also dependable. Well, usually.

Mysteries used to be mostly about the characters and the crime. Any hobbies, such as Miss Marple knitting, were purely a side note, barely mentioned, certainly not the focus of the story. Nowadays, mysteries focus on anything and everything in the way of hobbies from food, (cooking and eating it) which usually includes recipes, to candle making to knitting, (with patterns) to scrap booking, to, um, you name it. Since cars are a hobby with my hubby, which of necessity involves me, as in: Can you stop writing for a few minutes and come out to the garage and help me with . . . (you fill in the blank) I decided that would be something new for me to write about.

In order to write these new genre books, the author must be familiar with her subject. If she isn’t, it will show. So, besides wanting to experiencing riding in the ’57, if only through my characters’ eyes, I also had a built in expert right outside in my own garage (when I can drag him away) who can help me with the details. Things like search lights, running boards, ease of trunk access without a key, and so on.

Then there’s the fact that no one I knew or had heard of was writing a similar series. Something new. Might catch the eye of new readers! I had to give it a try.

The first in this series, FIFTY-SEVEN HEAVEN featured Jack and Kitty Bloodworth taking their beautiful red ’57 Chevy, Sadie, to a car show/contest in Paducah, Kentucky, close to their southern Illinois home, and having to withdraw the car when Kitty’s extremely irritating cousin’s dead body is found in the trunk. Kitty knows the killer must be someone the family know in order for that person to gain access to a locked trunk in a locked garage. I had a lot of fun with that manuscript, writing a lot of it during a challenge from my writer’s group. The winner’s prize was a large box of various kinds of chocolate and I really enjoyed the fruit of my labors. That book was published by Five Star in 2007. As soon as book one had proved itself in sales, I turned in the manuscript for book two in the series, FIFTY-SEVEN TRAVELING. No chocolate challenge this time, but I still had fun writing it.

I set the second book in Pigeon Forge, Tennessee because Hubby and I have been there several times, including a trip to attend a car show. Because of that, I’d already done most of the research before I ever even thought of the book. And writing it helped me visit there again, in my imagination. That book was just released in July by Five Star. I’m crossing my fingers and waiting to see how she sells.

Writing isn’t easy, at least not for me. I can usually see the beginning and the ending, but I panic at the thought of the couple hundred pages between. Sometimes jotting quick, random notes on 3X5 index cards helps, by bringing out ideas while I’m not concentrating on the next step my characters should/shouldn’t take. I confess, I cut the cards in half because the 3X5 size intimidates me. So I have tons of half cards handy, often in my purse, in case inspiration strikes. Figuring out alibis, breaking them, getting my characters into and out of trouble, all takes lots of brain sweat. Lots of trips to the laundry room for a break, and since I have to pass the kitchen on my way . . . well, there’s a reason I can no longer fit into some of my clothes.

Writing might not be easy, but it sure gets feelings out and onto paper where we can deal with them. And our thoughts, be they pleasant or not. If you are not up for writing an entire novel, have you thought about journaling? For your private thoughts? To deal with things? Or maybe a family record to leave for your children and grandchildren? If you aren’t already, I hope you give writing a try.

About the Author:
Lonnie Cruse is the author of the Metropolis Mystery Series featuring Sheriff Joe Dalton and the Kitty Bloodworth/’57 Series featuring Kitty and Jack Bloodworth. She also writes non-fiction for women, RE-CHARGING YOUR PRAYER LIFE and DOES THIS ARMOR MAKE ME LOOK FAT? Lonnie is a member of Sisters In Crime and the Antique Automobile Association of America. She lives in Metropolis, Illinois with her husband and the aforementioned unfinished car. Lonnie can be contacted through her website at: http://www.lonniecruse.com/
Posted by Marta Stephens at Monday, September 13, 2010

Very cool idea for a series, Lonnie. And you're right about the writing. I am thinking of doing a scrapbook, maybe even digitally. Your post is tickling my muse - hah! thanks!

I always wanted a '57 Chevy. Never got one but now I can take a ride in one through a book. Thanks.

"I can usually see the beginning and the ending, but I panic at the thought of the couple hundred pages between."

I know your pain. I’ve been able to finish some novels in a matter of months, yet have one that’s been sitting on the shelf for y-e-a-r-s.

I still don’t now what to do with it, but work on it once in a while when I’m in need of a challenge. LOL

Thanks so much for sharing your post with us!

Very interesting, Lonnie. I enjoyed reading about the way your books took shape. And, oh, do I empathize with you on the terror of all those "pages in between" the beginning and end!

Great, inspiring story. I'm working at inserting my love of the 'blues' into my crime novels. Some have pointed out that it puts my tales into a small niche audience. So be it. I will march 'Further On Up The Road'-as sung by Bobby 'Blue' Bland.

Thanks for your comments, everyone! I tried to post sooner but couldn't get it to work. Appreciate you stopping by!

I can't wait to read your books! I love classic cars and I love good mysteries; sounds like a winning combo. My MC only wishes she had a cool car- unfortunately she's stuck with her previous boring company car, a non-descript 4-door sedan marketed primarily to senior citizens. Surprisingly like the one parked in MY driveway!

And yes, I hate it when car facts are incorrect. There's one top-selling author who irritates me to no end when she gets her car facts wrong, like when her character opened the "back door" of a Ford Mustang. Ugh!

Hi, Lonnie. Sorry I'm a day late (and probably more than a few dollars short!), but I enjoyed reading about your series and wish you the best of luck! My father had a 57 Chevy - I remember the red interior, especially with the plastic still on it so I wouldn't get my ice cream cone drips all over it! It sure was sticky in the summer.