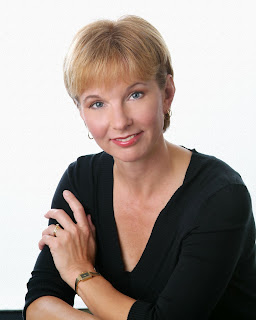 © Lisa Black 2010 all rights reserved
Author of TRAIL OF BLOOD 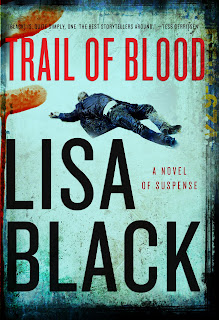 I have long thought, and suspect many other have as well, that the success or failure of a mystery depends on the villain. Get a wily and utterly worthy adversary in the tradition of Moriarty or Hannibal Lector and you’re all set. Victims were merely pawns, interchangeable warm bodies for the villain and heroine to struggle over—hence the generic pretty girls dispatched every week on Criminal Minds. (College-age boys may face a bride shortage if those profilers don’t start working faster.) I got to thinking my choice of victims didn’t make much difference.

However, my agent has hastened to disabuse me of this notion. Victims as individuals may not be important but their category matters very much. I wrote a book killing off meth addicts and former meth addicts on the fringe of society. Aside from some other flaws in the text, it turns out that druggies do not make sympathetic victims. Victims—in fiction as well as reality—get a lot more attention if they’re young, sexy or rich, and preferably all three. Hence, again, the generic pretty girls from nice neighborhoods.
I don’t need to point out that this is objectionable on all counts. Apparently if you’re poor, fat, over thirty-five or male no one is going to get too concerned about your death. Oh, the psycho serial killers who populate our favorite books always have some troubled-childhood reason for why they pick their prey, some complicated formula for their choices, and yet that choice will invariably include ‘young’ and ‘attractive.’
Does it really have to be that way? At forty-six, am I not even worth killing? (Wait, should I really be objecting to that?) I complain to my agent that young, sexy and rich bores me silly (think Paris Hilton). Would that victim have anything interesting to say? Give me a fifty-year old accountant from Moline any day. 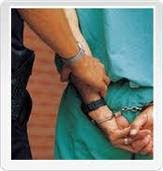 Good authors, however, can find ways around this. Karen Slaughter’s recent UNDONE had relatively young and definitely attractive women victims, but added that they were abrasive to the point that no one liked them. Hardly a sweet coed. (Speaking of this and others, does it seem like women authors are outdoing each other in finding ever more gruesome ways for psycho men to torture Y&A females? Well, women and James Patterson. But what’s up with that?) Lisa Gardner’s Y&A targets always manage to have more to them than meets the eye, as the killer will discover too late. In the opening of James Hall’s HELL’S BAY a middle-aged woman lies in wait for, struggles with and then implacably drowns an eighty-six year old woman. No Y&A here, and I was totally hooked from that point on. No one seriously asks why killers kill cute coeds, knowing there will be some requisite trauma to explain it. But an eighty-six year old? I couldn’t put the book down.
But I’m glad I didn’t have to pitch that one to my agent.

About the Author:
Lisa Black spent the five happiest years of her life in a morgue, working as a forensic scientist in the trace evidence lab until her husband dragged her to southwest Florida. Now she toils as a certified latent print analyst and CSI at the local police department by day and writes forensic suspense by night. Her books have also been published in the United Kingdom, the Netherlands, Germany, France, Spain and Japan. Her fifth book, TRAIL OF BLOOD, involves the real-life Torso Killer, who terrorized Cleveland during the dark days of the Great Depression. For more information visit her website: www.lisa-black.com.

Lisa, I love this article. So far my victims have been a cop suspected of dirty dealings, an infant (cold case), an undercover who's too good at what he does, and an old bartender who's doing the commissioner's dirty work ... and that's in book one.

It's always a pleasure to feature you here on Murder By 4!

Apparently if you’re poor, fat, over thirty-five or male no one is going to get too concerned about your death.

I resemble that statement and I for one have to say whew, that's a relief!!! Thanks for being here today Lisa!!!