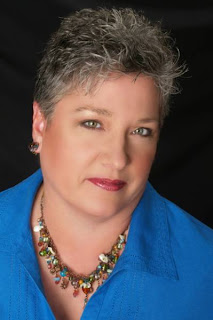 © Susan Whitfield 2010 all rights reserved
Susan Whitfield is the author of The Logan Hunter Mystery series.  Having published Genesis Beach, Just North of Luck, and Hell Swamp, she is currently working on Gator Creek. Whitfield is published by L&L Dreamspell and lives in North Carolina.

When I started my blog, http://www.susanwhitfield.blogspot.com/ in 2009, I didn’t want people to become nauseous over blatant promotion of my Logan Hunter Mystery series so I seldom posted anything at all. Soon other bloggers began to invite me over to their blogs for interviews about my Logan Hunter Mystery series. Murder By 4 was one of them. This pleased me, and I decided that I’d reciprocate. 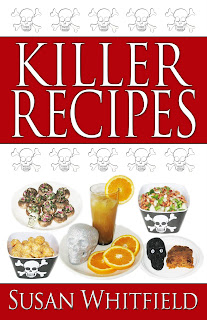 I started interviewing a multitude of writers and other industry experts. For several months I was inundated with appreciative authors, and I absolutely loved doing it. I still interview authors but not 30 in thirty days as I did then. I also wanted to continue to find ways to promote other writers as much as they promote me. You know, scratch my back and I’ll scratch yours.

That’s the rationale behind the cookbook, KILLER RECIPES. I have a friend who writes cookbooks with a twist—something I never expected to do. However, the idea to compile recipes from mystery writers across the country and give them some free promotion would not go away, so I asked other writers if they’d submit recipes for a cookbook with proceeds going to cancer research, not into my own personal pocket. Over sixty writers signed up, including Marta Stephens and Kim Smith.

Many writers who submitted recipes were either cancer survivors or have been profoundly touched by this horrible disease. I only wish I’d had enough room to tell each one’s story as well. My grandson, Caleb, was diagnosed with leukemia when he was only two-years-old. I am thrilled to say that Caleb is now 10-years-old and cancer-free, thanks to research and a team of incredible doctors. I dedicated this cookbook to him and all other victims of cancer. It is not, however, a low-fat cookbook, and even though the title sounds ominous, we’re just having a little fun. We renamed recipes to fit the murder mystery theme. For example my peanut brittle recipe is now “Brittle Bones”, and Marta Stephens submitted “Flamed Indian Fried Cabbage”, which my husband thinks is wonderful. Kim Smith sent “Riveting Garlic Bread”. 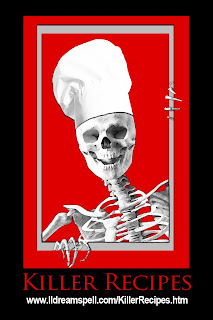 The purpose of KILLER RECIPES is to raise money for research and simultaneously give writers a little free promotion. Under each recipe I listed the contributing author, book titles, and web sites. We plan to sell these books wherever we do signings—fairs, festivals, Relay For Life events, wineries, you name it. Some folks are collaborating on signings in their part of the country and asking local book and gift shops to carry a few copies. Someone came up with the idea of serving a couple of recipes at signings. I haven’t done that yet, but I plan on it. Many are blogging and promoting it online and everywhere they can. I have huge posters of the book cover if anyone wants some. I’d be glad to ship them right out for your use. Café Press also has shirts and other items with the cover and the skeleton chef on them. I have to give credit to Linda Houle of Dreamspell for those designs. The skeleton is hilarious!

The book is available online and at your favorite local stores. If they don’t have it in stock, they can order it for you. It’s also in ebook and Kindle format. We’re hoping folks will buy plenty of copies of KILLER RECIPES to give as gifts and join our efforts.

Marta, thank you so much for helping to promote KILLER RECIPES and my other books. I wish you and the other Murder By 4 writers much success!
Posted by Marta Stephens at Monday, September 27, 2010

Susan, I'm honored to be a small part of this cookbook. Thank you so much for your efforts and for sharing it with us here on MB4!!

I'm also proud to be a participant with two mouth-watering, stick-to-the-ribs recipes. Pleased to report at least one sale at each book signing I've had so far. And three local libraries now have a copy in their stacks.

I had a talk/book signing at the SinC chapter of Columbus OH this past Saturday. Left several flyers I made up with them. Plan to get copies of the book and pass them around too!!

Love the fact that both your books on the sidebar are color-coordinated. LOL

Hi, Susan! How wonderful about the cook book! Welcome back to MB4. ;o)

Thanks for the great support, you guys. Aaron, I enjoyed interviewing you recently on my blog at www.susanwhitfield.blospot.com. I hope everyone read it. Continued success to you and to my pal, Marta.