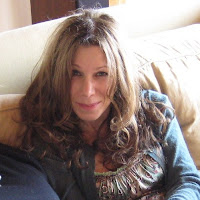 Bonnie Kozek, author of Threshold: My hope for 2010 is that they discover meds to treat Social Networking Aversion that won’t cause: somnolence, insomnia, anorgasmia, loss of libido, weight gain, weight loss, body odor, bad breath, constipation, diarrhea, agitation, recklessness, impaired memory, loss of mental functioning, and skin rash. Because if they do maybe a writer could: stay awake while writing and talking, fall asleep occasionally, stop yawning during sex and maybe even have an orgasm or two, stop buying every article of clothing in six different sizes, stop having to respond “No, I don’t smell anything,” end the “Care for a mint?” question, experience defecation as something other than the highlight or disappointment of the day, stop informing agents who haven’t returned a call that she’s going to hurt them badly, remember who she is and what she’s doing, and stop having to answer “No, it’s not contagious.” Happy New Year.

Gerry Boyle, author of the Jack McMorrow and Brandon Blake mystery series: I would say that 2009 was a very good year. I launched a new series character, boat bum Brandon Blake, in PORT CITY SHAKEDOWN, and enjoyed getting to know him as he plied the streets of Portland, Maine and the waters of Casco Bay. In 2010, my old friend reporter Jack McMorrow is back in DAMAGED GOODS, his ninth outing. As I alternate between the two series, I hope to get into a good writing rhythm, like the seasons here in Maine. There are other projects, of course, including a movie script that has taken up the latter months of 2009. In the lottery ticket that is L.A., there are absolutely no guarantees but it would be fun to see my characters on the big (or small) screen. In the meantime, the real payoff is good health and good times with wonderful family and friends. I am blessed. 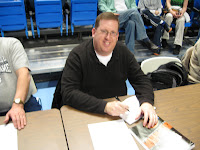 Stuart Nachbar, author and creator of Educated Quest: 2009 was the year I learned that I could develop from being a “good” writer to possibly becoming a “great” one by listening better and subjecting my work to more and more constructive criticism. The positive reviews that I received for my recently released novel, Defending College Heights, made me like a good minor league baseball player who just got a taste of the majors, “the show.” I didn’t get a lot of turns at bat, but I saw enough to know that I could return to play in “the show” with my next novel. This motivates me to complete my next novel, Tip Offs, before the half-way mark in 2010.

S. W. Vaughn, author of Hunted (urban fantasy), Skin Deep (erotic urban fantasy), and the House Phoenix series: I still don't know how it happened. In 2009, when it seemed everyone I knew was having the worst year they could remember, I hit the figurative jackpot. Everything I'd been working toward for the last decade of my life came together. I sold an urban fantasy novel I loved to a wonderful publishing house after everyone in "big publishing" deemed it not genre enough to publish, and also sold my "baby" series to the same house. I wrote and sold my first erotica novel to another awesome house, and received my first taste of fan mail (FAN MAIL!) just days after its release. And my agent sold yet another urban fantasy series to a major NYC publisher. So, 2010 will see me writing and/or releasing at least three novels (more if I can swing it!). Happy New Year, everyone, and may your 2010 bring you as much joy as 2009 brought me.

Thank you guys for sharing your New Years thoughts with us. All the best for this brand new decade!

Bonnie (you cracked me up!), Gerry, and Stuart - it's a pleasure to have you all back again. Thanks for your New Year's pieces.

SW - you know I've been rooting for you since the day we met, and no one, NO ONE, deserves success more than you, the hardest working writer I've ever known. (not to mention supremely talented, a great teacher, and the owner of the biggest well of ideas and characters I've ever known!) Write on!

My word verification was "mizat"

Congratulations to all of you for your successes and wish you nothing but the very best in 2010!

2010 is going to be the best we've ever seen with guests like the ones we've been blessed to host. Thank you all for coming to Mb4!

Thanks for sharing your years. I'll plan to continue my social network therapy in the coming year by following blogs.