Destroying the World and Other Hazards of Writing
©copyright Robin Burcell 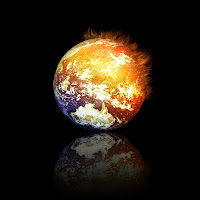 I am currently under the gun to think of a new way to destroy the world. Considering that my past profession was the sort that usually tries saving the world (on a much smaller scale, a city block or two at a time) this is not easy. This is bigger than chasing off would-be burglars, or homicide suspects, unless the person they killed was involved in top secret covert operations, an occupation that is sadly lacking in my neck of the woods.

My editor already denied me the use of world banking scandals that I used in FACE OF A KILLER. And the biblical plague/Templar connection that I used in THE BONE CHAMBER is also off limits, even though there was a loose end needing to be tied at the conclusion of that book. No repeats.

Since I dare not copy any current adult fiction, in desperation I turn to my kids’ bookshelves—and discover some interesting possibilities… 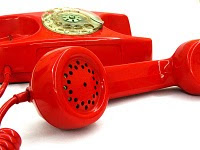 THE POWERPUFF GIRLS Saving the World Before Bedtime. Granted this is an old copy. They haven’t read the PP Girls in years, but they still have their PP pillows on their beds, even at 14 (hoping none of their friends read this blog, or I’m in trouble). If one thinks about it, the model for the PP Girls is much the same as modern-day thriller model that I use: Ordinary girl against extraordinary circumstances. In PP Girls, however, it is three unassuming young girls in the everyday world, a phone (not unlike the Bat Phone) that connects directly with the mayor, who calls when the entire city is in a meltdown due to some blob-like creature that has the potential of killing everything in its path. Then again, that might be too quick a read if Sydney Fitzpatrick saves the world before her bedtime—unless I did it like the TV show 24, in real time. (And how boring would that be? Hour one, write up police report. Hour two, wait for supervisor to read report, send it back for corrections. Hour three, rewrite report, wait for approval to fly off to foreign country to investigate new leads...)

Surely my kids have something more grown-up on their shelves? 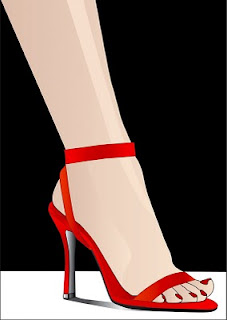 The GG series is the series for the kids (at least it was before the economy went south). Even so, I’m having a hard time picturing this one…. Special Agent Sydney Fitzpatrick pulls on her Jimmy Choos, shoves her Glock into her Kate Spade purse, then dashes out the door of her luxury high rise apartment down to the street to her waiting private FBI limo (clearly before budget cuts), which zips her from the New York FBI field office to Fifth Avenue, where she investigates a deadly bunch of counterfeiting gang-bangers selling cheaply made Chinese imports of Louis Vuitton bags piled on a blanket at the street corner.

Believe it or not, that one actually holds promise—if you can get past the fact that Sydney would only be wearing those shoes and carrying that purse in an undercover capacity, because the FBI doesn’t pay that well. But when you think about how counterfeiting is actually funding terrorist organizations overseas, be it China, or the mideast, there is the potential of a plot here. Which makes me wonder just how many people buying those bags on that street corner falsely believe that they aren’t really harming anyone (besides perhaps the designer, who really wouldn’t be making a sale anyway, since who can even afford that stuff?). And therein lies the problem. Counterfeiting is not a victimless crime. It would be interesting to follow the money and see what sort of operations are funded buying that LV bag… 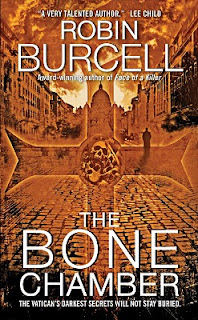 Now it’s your turn. What seemingly tame characters from children’s fiction can you twist into a deadly plot device? Peter Rabbit? Nancy Drew? 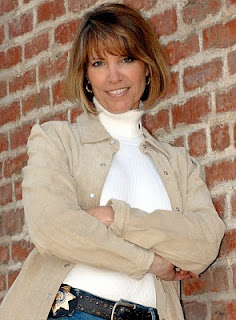 Robin Burcell, an FBI-trained forensic artist, has worked as a police officer, detective and hostage negotiator. The Bone Chamber is her latest international thriller about an FBI forensic artist. Face of a Killer received a starred review from Library Journal. She is the author of four previous novels. View The Bone Chamber book video trailer here. Visit her website at: http://www.robinburcell.com/

Robbin, isn't it amazing where our next stories might come from? Yours is a very interesting viewpoint.

Love your book cover--Kim mentioned the book is fantastic. Have it on my list to read!

And thanks to all at Murder by 4 for hosting me!

Robin, this was delightful! Thanks so much for sharing your "plight" and for taking us along in your thought processes. ;o) Come back soon and guest blog again!

Hey, what a cool way to come up with plot ideas! And I LOVE the Powerpuff Girls! Especially Mojo Jojo. :-) Thanks for a fun read!

Hey Robin! So happy to have you on Mb4 today. I enjoyed your post very much. And yes. The Bone Chamber is killing my beauty sleep!!!

Hi Robin, unfortunatley would have to be from my childhood I have no children lol.And if we can figure out a scenario using Taylor Swift and Hannah Montana my 8 going on 28year old great niece would be in heaven.She's a cutie already discussing what type of car she wants, her parents said when she's 23 maybe. But she's a straight A student loves school. So it's hard to put her down just love her cause she's number one great niece and has 4 more below her one is sister 5 and 3 cousins younger.

Let's see... Sydney Fitzpatrick is taking her 13 y.o. half sister, Angie, to buy a Taylor Swift CD, and Angie mentions that some woman in the store must be trying to disguise herself like Hannah Montana--a conversation that means nothing to Sydney, until much later, when they learn that the neighboring bank was just robbed by a suspect who matches the general description of another string of robberies in another state. The money is funding a suspected terrorist cell in the area.

Then as Syd watches the Disney channel with her young sister (as she is known to do), the Hannah Montana show comes on, and she sees the young star donning her wig for her concert. It hits Sydney that the lady who robbed the bank had to have been in the same store--wearing a wig. Like Hannah Montana.

Syd returns to the store to check the security tapes of the store and the parking lot...

How does that work, Kathy?