I love the end of a year, don’t you? Everything ahead looks so bright and shiny new, and everything behind looks pale in comparison. In fact, I am thrilled about changing years and even changing decades!

We leave behind written works that have been great successes, and some that were utter flops, and those who fell somewhere in the middle. That’s okay though, because next year we resolve to do much better. Next year promises to be the 365 days that we write every day, finish a whole piece, and submit until our fingers fall off. We are going to gain that agent’s attention, and get into that publishing house in the coming year, no matter what else happens. 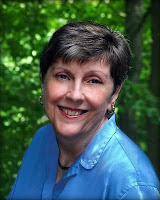 For all of us 2009 was a bracing lesson in learning to live with less. For me personally, the year was a leap of faith into the unknown. Writing HOLD UP THE SKY, my first women's mainstream novel after twenty mysteries, I faced the challenge of building a plot without a body in it (okay, I sneaked in one) and creating characters who could (hopefully) hold a reader's attention without wandering into danger. What a stretch for the aging brain! But as hard as the year was, I've learned a lot and had a marvelous time. Now I'm limbered up and ready to extend my boundaries even further in 2010. Never stop growing. Growth is the only sign of life.

We all approach 2010 with hopes, dreams, and a lot of optimism. I’ve already planned a book launch for my next Rocky Bluff P.D. crime novel, An Axe to Grind, here in my hometown, planned library visits, purchased space at book and craft festivals in the Central Valley and Southern California, arranged for a blog tour in March, paid for two writing conferences and two mystery conventions, and put a down payment on a mystery cruise. When you’re my age, it is always optimistic when you plan ahead like this, but really aren’t we all a bit optimistic when we plan for the future? Who knows what might happen to change our plans. Despite this, I’m hoping to complete the book I’m working on now, sell a lot of my already published books wherever I might be, see old friends and fans and make some new ones.

A writer’s life can often be challenging, but as I reflect back on 2009 and look forward to what 2010 will bring, all I feel is excitement. I can still remember my pre-published days, which were full of fears and doubts, late night writing after a long day at the office, and loads of rejection letters. But eventually, that all changed. Now, I sometimes visit bookstores just to gaze at my four books on the shelves. My journey is a testament to the fact that dreams can come true.

For you budding authors out there, stay with it. It will happen. It takes perseverance, talent (which can be honed, it just requires lots of rewriting!) a passion for writing, and a dash of luck. If it’s your dream to be a published author, just keep writing and above all, keep believing—2010 could be your year!

"Growth is the only sign of life." I love that quote, Patricia!

All the best Marilyn, I know you'll succeed!

Pamela, you've given us all some great advice, "...just keep writing and above all, keep believing."

And yes, Kim, "Everything ahead looks so bright and shiny new, and everything behind looks pale in comparison."

All the best to all of you!

Cher, thank you for stopping in at Mb4 this new year. I am off to visit YOUR site right now :)
Kim

Congrats to all of you for your 2009 accomplishments, and may 2010 bring many, many more!

The new year is always an exciting time! It was a pleasure to read this post and everyone's positive thoughts. Kim, thanks for all the good wishes. Patricia - congrats on making that leap - always great to stretch those writers legs! Marilyn, you always amaze me with your promotion abilities and enthusiasm!
Pamela - I appreciate your motivational words; I hope 2010 will be the year I find an agent and start the road to finding a publisher. At least I have a few irons in the fire with short pieces being published this year, trying to get my name out there!
Best wishes, everyone!

Thank you all for sharing your lives with me. I revel in your successes.

Ladies, what can I say? You're all an inspiration to me. I look at Kim and Marilyn and how they keep putting out great books that I get to have a tiny part in promoting and I'm so thrilled to be in the virtual book tour business.

Patricia, I'm going to have to look up your work, as I love Southern fiction and mysteries have been one of my favorite genres since I was a teen.

Pamela, you're amazing. It's good to have you back with Pump Up Your Book Promotion for this latest book.

Kathleen, Joylene, and Cheryl, you guys are what keeps this place humming. Without our friends here, this old blog would be such a boring place! Thanks to all of you for your support here. Yay for New years!