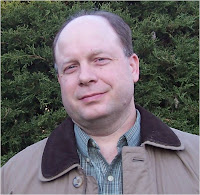 Over the years communication has evolved, from hand-written letters, to typed, and then word-processed and printed, all delivered by the postal system. Then there was the changeover to faxing and email, followed by texting and twittering. At each stage the tendency toward less formal, more rushed wording and spelling, seems to have grown.

The submission process has similarly evolved, from typed letters and manuscripts to word processed and printed manuscripts, from mailed printouts to emailed files. And now many markets have gone to online forms where an author inputs information and uploads one or more files. 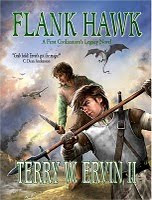 Often with most online forms, there is a spot for information, be it a statement about the submission, previous writing credits or anything else the author believes relevant and should be shared with the editors of the market.

As an editor with a small ezine where my duties include reading slush, an uploading process is used. One of the trends I have seen over time is the tendency of authors to be less formal when filling in the sections. Not the title, author name and email address, but what is equivalent to the contents in a cover letter. While the format lends itself to brevity and even a sense of informality, an author should remain professional at all times because it looks different on the other end. For an editor it is listed as ‘cover’ and is not box in a compact, on-screen form. It appears as part of the submission file, much like a formatted Word document on the screen. Lack of proof reading before submitting, as evidenced by increasing numbers of grammar and punctuation, and spelling errors, appears more frequently. Use of texting abbreviations sometimes creeps in. Even a sense of the author texting an old buddy, although rare, sometimes shows up.

I don’t know if it is only younger authors that present this face to editors, but it is generally not the first impression an author would want to make with an editor working through a large number of submissions in the queue, each awaiting its shot. Editors from other markets that I have had contact with have expressed with similar observations.

So, to the point. In addition to filling in all the required data and information fields, and sending the properly formatted file containing the best work one is able to produce, don’t let up on that professionalism until the job is finished. Even if it means typing out a standard cover letter, including proofing, and then cutting and pasting it into the submission form’s information field, take the time to do it. Don’t create the wording on the spot, almost as an afterthought. The extra time and effort just might pay off, giving a hopeful writer an edge in a competitive market.


Terry W. Ervin II is an English teacher who enjoys writing science fiction and fantasy. He is an editor for the speculative fiction magazine MindFlights and a guest contributor to Fiction Factor, an ezine for writers. His short fiction has appeared in a number of places, including Futures Mystery Anthology Magazine and Fear and Trembling. Gryphonwood Press released his debut novel FLANK HAWK in October of 2009.

FLANK HAWK Book Blurb:
“A curious blend of epic fantasy, modern techno-thriller and non-stop action-adventure, FLANK HAWK is a compelling and original tale of a brave young mercenary pitched in deadly magical combat against the undead techno-armies of the Necromancer King. Whether you like swashbuckling wizardry, fierce dragon battles, modern military hardware or sword-slashing zombie mayhem, FLANK HAWK has it all.” --Erica Hayes, author of the SHADOWFAE CHRONICLES
Posted by Marta Stephens at Friday, January 22, 2010

Terry, welcome to Mb4! So glad to have you today.

I think this is sage advice. So many new authors fall into the category of "casual" when it comes to subs.

Never to early in the game to know that you must follow the rules and be professional in all aspects!

For a new writer, the submission process can be exciting and daunting at the same time. Our minds are going in a million different directions at once. Will our story get accepted?, what if they want changes?, what am I not willing to change?, what does question 4 mean?, if I ask, will they think too stupid, and so must my story? No matter what is going inside of your brain, writing and submitting is a professional business and should always be treated as so.

Ditto to all of the above, but online communications have also contributed to an impersonal approach to others.

Hiya Terry! Question about the "cover letter box" in online submissions forms: many of them will say that it's okay to leave blank. Not having any publications to brag about, do you think it's better for me to leave it blank or to write in anything to fill in the space?

Kim, thanks for the welcome!

Sandy and Kim, I agree that the professional approach is best.

Not a problem about sharing, Marta. Thanks for inviting me to.

Bint, somemtimes it is better to leave blank if you have nothing to say, but often just a small phrase works, like: Thank you for taking the time to consider my story, "Green Beans and Jelly Beans." I look forward to hearing back from you."

Most have a slot/box for example about the genre. Maybe it only gives the option for, Science Fiction, Horror or fantasy. In the example above, you could add in the sentence, dark fantasy, or urban fantasy story, to further clarify.

At least that's how I see it.

Thanks for reading and asking.

Terry, welcome to MB4, and thanks!

Your advice works equally well for those submitting online forms for jobs. I agree in both forums - write the cover letter as if you were mailing it on nice stationary. Perfect headers, perfect spacing. It all must look professional, which also shows respect for the recipient.

Thanks for joining us, hope to hear from you again soon. ;o)

Aaron, I agree about the parallel between submitting fiction/nonfiction and applying online. Show your best, professional face at all time.