Book Promotion: Think Beyond the Review 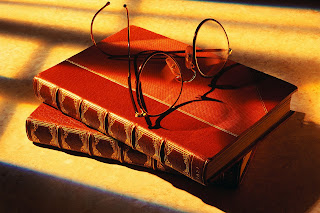 Growing up, I made a promise to myself to never work in retail or anything else that resembled a sales job. Not that there's anything wrong with sales. My husband's years in sales provided a good living for us. A sales job simply wasn't for me--never thought I could sell a thing. Instead, I worked in secretarial positions for years before moving into my current job as programs coordinator in human resources.
Then I decided to write, got my manuscript published, and guess what? I found myself taking more and more time to promote, market and yes, sell my book.

Over the past few years, I've gotten over the dread of selling my books, still, on a scale from one to ten, ten being the most dreaded, book and self promotion can at times rate a ten. It’s time consuming work and what makes it so “frightening” is that in order for the promotion to be effective, the author has to be consistently fresh in his or her approach. On good days, we work our book promotions through a well-thought out article, in less creative moments, we just want to yell, “Here, buy the damn thing. You’ll love—go on. Take it!”

Recently I was looking through a friend’s blog http://www.maryglenn.com/index.html and found a series of interesting articles on book promotion. One of the pieces that caught my attention was one Maryglenn titled, “Think Outside The Book.” I’ve been blogging for several years, written numerous articles, but I don’t think I’d every approached my book promotion from “outside the book.” In essence, it means to take something from your book; a lesson, a process, or tip and expand on it. Write an article based on a specific aspect of your book. Is there something in your novel you can tie to a current event or interest? Have you written a book based on an area of your expertise? If so, then write about it. 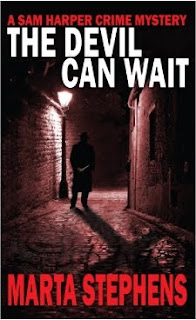 When I was writing THE DEVIL CAN WAIT another friend of mine suggested that Homicide Detective Sam Harper needed a dog. “That way,” she explained, “you can promote the book to organizations that support dog enthusiasts.”

I was skeptical. I never envisioned Sam having time to care for a dog. I mean, once you put an animal into a series as one of the characters, you have to give that "character" a role. I hadn't thought it through and wasn't so sure I could or wanted to develop a dog into the series, but after thinking about it, Fogerdy made it into THE DEVIL CAN WAIT. His name is the first word you’ll read in chapter 1, and his bark is one of the last things “heard” in the final chapter. He doesn’t have a huge part. In fact, I imagine most readers will forget about him by the time he shows up again in chapter 51, but his actions turned out to be key to helping Harper finding the killer.

THE DEVIL CAN WAIT came out a year ago (11/2/08), and I still haven’t yet found an angle on how to promote my book based on Fogerdy’s character, but Maryglenn’s article made me realize that my friend had been on to something and maybe, just maybe I should think about this some more.

The city of Chandler, Massachusetts is plunged into terror when the bodies of three local teenagers wash ashore. While homicide detective Sam Harper hunts down the guilty, a sinister plot emerges overseas. From the Vatican to the jungles of South America, a cursed black pearl ring, the demonic prophecy it represents, and the men who pursue its powers find their unfortunate way onto Harper's turf.

Enthralled by the ring's story and a front-page spread, newspaper reporter Jennifer Blake agrees to pick up the ring at a local pawnshop for her former college professor. When she does, unforeseen events shoot Blake to the top of Harper's prime suspect list. Soon, the seemingly unrelated cases converge and the heat is on for Harper to expose the truth behind a Vatican secret and stop the self-righteous man who does the unthinkable in the name of God.

Interesting article thank you for sharing. I am coming across weird promotion and sales dieas all the time, and while they might not sell loads of books, the fact that people are picking up on the ideas and making comments can only spread the word about the book.

I have been asked to be a guest as a silent auction for instance, ready to sign some prizes to whoever wins a copy or two of my book. BUT along the way I might also manage to sell a couple of others. I also had a couple of spare books, not donested to radio shows after my trip to England, which I placed on a shelf or two at the WH Smiths at heathrow airport. WHile it would just cause a few issues when they came to pay for them, people would have seen them on the shelf and again knowledge was spread *grin* all be it very sneakly

Excellent post, Marta! I tweeted it, too! This is what I get my authors to do when writing guest posts for other blogs - take a topic inside their book and write about it. Don't be promotional if it can be helped or the reader will see right through it. What's in it for me? To sell your book? That isn't going to cut it and a lot of readers are turned off by it, but...if you could find an aspect of your book...something inside that can be geared toward current events, then the reader might go oh ok this is interesting and look she has a book, too! Great blog post, my friend!

Dorothy, so ... all I have to do is find a current event that deals with a cursed ring, a drug dealer and an evil priest, right? ;)

Seriously though, always give something back to the reader! Thanks to both of you for stopping by.

Love that last book promotion strategy from Barry! Love to be a fly on the wall when the people went to purchase it!

Yeah, seriously...plenty of drug dealers in the news...compare the latest to what's going on in your book...then use all the bookmarking sites you can to promote it - BookBlips, BookFizz, Propeller, Tagza, Digg, YahooBuzz, um, what was that other one...StumbleUpon gives me great hits...there are dozens more!

Hmmm. Lots to think about here! Dorothy, you're the best resource around. Thanks.

Excellent perspective, Marta. No matter who I bump into during the day, I happen to artfully slide in a mention of the books. When asked about them, I talk them up, and always have a bookmark with me to hand out. I've left them in airport magazines (behind the seats) in doctors office lobbies, at bookstores (of course!) wineries, and everywhere I can think of! Thanks for a great tip, Marta.

wow! what a great idea. Now I want to go out and realize my potential for my work and an article.
thanks Marta!

I'm going out and getting in a street fight now.

It's important to know what you write, right? And then I'll have experience! And maybe some pics!

Heh. I suppose such lengths for research would be inadvisable.

Maybe I'll just pick a fight with a priest or something. :-)

Tying story/book content to something relevant can be tricky, but as I'm sure Barry can attest, it's even harder for fiction.

I was able to use the valley of the economy to emphasize the upside of my stories in a press release.

Thinking outside the book is a great idea, but it sure isn't always easy!