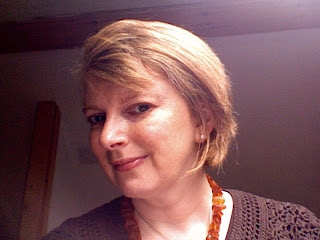 IT’S HERE! 6th September – PINCUSHION by Anne Morgellyn.
MURDER BY 4 welcomes back and congratulates Anne Morgellyn on her new release. 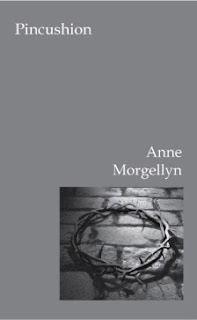 The latest in a series of psychological thrillers that chart the adventures of Louise Moon and her precarious love affair with brilliant but unconventional pathologist and former boss Chas Androssoff. Outrageous artist August Stockyard - attention-seeking heir to a media and property empire - dies in typically theatrical fashion, after making the bequest of adjoining houses to his pregnant girlfriend, Cressida, and to his former comrade-in-arms, Louise Moon.
But was August's demise simple suicide or was it the result of a kinky sex game that went wrong? Had he cleverly planned to shame his distant father and take revenge on his ruthless uncle, the obese and grasping millionaire who now had his eye on Louise?Or was it a game from the grave, pitting Cressida and Louisa in a fight to the death as reluctant and mismatched neighbors?

Read an excerpt here.
To celebrate the release of Anne Morgellyn's latest Louise Moon novel, PINCUSHION. BeWrite Books are giving away free eBook copies of DISREMEMBERING EDDIE.
Disremembering Eddie is the first in the Louise Moon series. Download your FREE PDF copy here. (right click 'here' go to Save Link As and save the pdf to your computer).
Or it can also be downloaded from our shop. PINCUSHION will be released TODAY, September 6th 2008. The free download of DISREMEMBERING EDDIE will be available until September 12, 2008.
People can also win a free paperback at Bibliophilia.org.
All BeWrite Books are available from:
BeWrite Books, Amazon, Barnes & Noble, Angus & Robertson and other online booksellers. To order from high street bookshops.
Print ISBN: 978-1-905202-82-9
eBook ISBN: 978-1-905202-83-6
Price: £6.99
Pages: 188
Available from other online shops at:
Amazon UK
Amazon US
Amazon Ca
Barnes and Noble
Waterstones
Foyles
Blackwells
WHSmith
Posted by Marta Stephens at Saturday, September 06, 2008

Anne, your newest release looks fantastic! Can't wait to check it out. It's definately on my list now! Thanks for returning to MB4 for a visit, and hope to see you again soon.

Thanks MB4 for posting this, much appreciated.

And Aaron I'm sure you'd like the book. I'm not biased, honest!