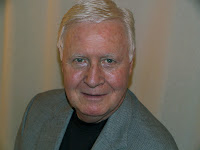 Homonyms are devilish things.  They are, of course, words that sound alike—and may even be spelled alike—but have totally different meanings.

For a writer, they can be like unseen vipers.  Misuse of a homonym can ruin an otherwise literate document. A reader, noticing homonym errors, may simply stop reading. Whether in business documents, fiction or personal correspondence, a poorly chosen word—quite frequently a homonym—can be deadly.

But, a writer may say, “My word processor has an excellent built in spell-checker.” Good, but consider the following fictional story from WWI.  How many homonym errors do you spot?

Treat this as a test, and then grade your score at the end of the article.  Copy/paste the story and run it through your word processing program for a quick spell cheque (bet your software found that one).  How many of the errors did your program find?

Major General Wytheby-Foster stood in the lea of his squadron’s hanger, sheltering from the vicious wind.

His aid stood nervously by, watching as his superior officer checked the fabric of each wing of every biplane. The general’s meticulous inspection had the affect of making the aid remember one of his boss’ guiding principals, “Check everything twice.”

All night long, the general had poured over the plans for today’s operation. With the terrible weather, an ariel attack on the gorilla bases was a virtually a case of the old saw, “Dammed if you do, dammed if you don’t.” Was it reasonable to send his fliers up with the wind roaring and lightening ripping the skies? Wytheby-Foster asked himself again and again.

He wasn’t a man who was phased by criticism. He had personally led squadrons of warplanes into direct battle and, on occasion, had participated in strategic faints to draw the enemy into traps. It was his flare for unconventional, but successful tactics, which had earned him his stars. Catching the enemy unawares was his fort. Today appeared to be the right time for audacity.  Weather that was barely fit for flying, augered well for surprise. If his squadrons flue today, the enemy would be totally off-guard. If he ignored the opportunity, it would be a gaff, a huge waste of a military advantage.  Wytheby-Foster could not foregoe this chance.

“Brixby, form the troops.” He said to his aid. This was the queue to assemble the flyers in formation for his pre-mission address.

Once the flyers and their crews were in formation and the general had given them their orders, he told them to take care of themselves above all, he said, “I don’t want you to hesitate to bale out if necessary. You are too important to your families and the Air Service. Above all, come home. I want to complement all of you on you’re courage, but don’t sacrifice yourself on the alter of unnecessary daring-do.”

“Now go to your plains and, for your old commander, once you’ve begun your assent, give me a wave from your cockpit. Godspeed, gentlemen, we cannot afford to loose any of you,” he said as he concluded his remarks.

How many homonym errors did your computer spot?  How many did you spot that the spell-checker missed?

12 – 18—Not bad, use your dictionary frequently

8 – 12—Have another proofreader look at the text before publishing

Less than 8—Some excellent homonym-finder software is available

Following are the homonym mistakes in the story: the incorrect homonym is listed first; the correct word follows. Usually the words are pronounced exactly alike. A short definition follows each word.

Dammed – a barrier across a lake, river or stream
Damned – cursed by others

Phased – stages in progress or development
Fazed – disturbed or disconcerted

Flare -             a pyrotechnic device, esp. used as a marker or signal
Flair – an instinctive aptitude or natural ability to do something well

Flue – duct for smoke or gases
Flew – past tense of fly

Plains – a large geographical area with few trees
Planes – in the context of the story, aircraft

Assent – expression of approval
Ascent – rising through the air


***
Thomas Drinkard was born and reared in the Deep South—Alabama. He graduated from the University of North Alabama with a degree in English.  At graduation, he was commissioned as a Second Lieutenant in the United States Army and went on active duty eight days later. Within two years, he volunteered and was accepted into the Special Forces (Green Berets) after Airborne and Special Forces school, he’d found a home. With a few other assignments in between, he spent ten years with the fabled unit. He was unhappy with the Army’s plans for his future and left active duty and moved into the reserves.  He is now a Major, retired reserves. After the Army, he found his way into teaching and writing in the securities licensing preparation business.  His textbooks, articles and CE courses are in use today. His poetry can be found in a number of literary magazines, including Negative Capability, Cotton Boll/Atlanta Review, Elk River Review and others.
Piety and Murder was his first novel, and the prequel; Where There Were No Innocents was the second.  The novella, V Trooper, is a departure for him in both form and genre. It is Tom’s first venture into the paranormal. The book is first in a planned series.

Email ThisBlogThis!Share to TwitterShare to FacebookShare to Pinterest
Labels: homonymns

Tom, this is a GREAT list! Thanks so much for joining us today on Murderby4!

Good stuff, Tom. I enjoyed the article and the advice. Stop back any time.

I spotted 22 and missed a few others due to not paying attention ;-)

I know someone who uses threw for through; seam for seem; here for hear; their for there....makes me want to pull out my blue pencil...