Where Do Characters Come From? 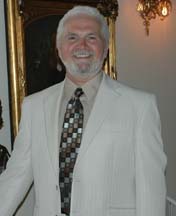 © Paul Martin Midden 2011 all rights reserved
Author of ONE VOICE TOO MANY
I was trying to explain to a friend the other day how I got my ideas for characters in my novels.
“Where do you get these people?” she asked.
It’s not an easy thing to explain. For one thing, I don’t know how other writers create, develop, or fill in their characters; all I know is how I do mine. And mostly it’s as much a mystery to me as it is to anybody else.
But as with most mysteries, there are some things I know about it. I know, for instance, that all my characters start with just a spark. A ‘divine spark’ might be a little pretentious, but it wouldn’t be entirely inaccurate. It begins with a name, a basic idea, and a step off a cliff.

In my novels, I start with a name. I don’t know where the names come from. In my first novel, the first name was ethnic, it was odd, and it was perfect. I didn’t want to write about John or Tom or Brad or Trevor. But I apparently did want to write about Radko. I don’t think I even knew it was a name until it showed upon my computer screen. The rest is mystical. Radko (and then Jake and then Jeremy, in subsequent books) emerged out of the narrative in a manner that remains inexplicable to me. I am as eager to find out how my characters think and what they do as any future reader might be. It is at times an engaging process, at other times an exhilarating one. It is never a tedious one.
The basic idea is the opening situation. I love openings. They are the seeds that contain and dictate what follows, what forms throughout the narrative. Those beginnings come to me all at once. I suppose that is called ‘inspiration’. It feels more like fun.
The cliff is a little more complicated. It has to do with how alien writing fiction is from what I do in my professional life and especially from the professional writing I’ve done. Mostly, I write psychological reports. Now you might think that is great preparation for writing fiction, but the truth is that most psychological report writing is as dry as the Sahara. And because I do a lot of them, they are often as equally tedious. An analytical, fact-gathering, limited-hypothesis kind of thing.
Writing fiction, on the other hand, has little to do with rationality. When I was kicking around ideas for my first novel, I tried to plan it out; organize it the way I would a report of some kind. Bad plan. The characters were thin, contrived, and for the most part reflective of various psychological issues of my own which I am too embarrassed to mention in a public space.
But then I ran across Ann Lemott’s lovely little book, BIRD BY BIRD. I am sure many if not most writers are familiar with it. In it, she describes her daily process of writing 500 ‘shitty words’. The next day, she goes back and revises those and adds another 500. This was a revelation for me. It freed me to do an end run around my overly intellectual, data-gathering, analytical habits that I have relied on for so long in my work. It allowed me to allow my characters to emerge, much as Michelangelo’s famous unfinished slaves seem to emerge from the blocks of marble from which they originated.
Because I cannot easily break years of habit—I am a psychologist, after all—I imagine sometimes that there are meaningful psychological connections between myself and my characters. In fact, I am sure of it. But I don’t care about that. What I care about is the process of creation, of being witness to those characters coming to life. What I care about are the characters themselves. I love them. As I said, it’s like falling off a cliff.
I am reminded of the time when I was just starting professional practice, and I asked an older colleague a question that is on the minds of most young professional psychologists.
“Phil, where do patients come from?”
Phil’s eyes twinkled in that distinctly Jewish way, and he smiled and said simply, “They come from God.”
About the author:
Paul Martin Midden is a practicing psychologist and the author of two previous novels, ABSOLUTION and TOXIN.  He lives in Saint Louis, Missouri. ONE VOICE TOO MANY is Midden’s latest novel. Visit Paul Midden online at:  www.paulmidden.com
Posted by Marta Stephens at Monday, October 17, 2011

Paul, I loved your piece.

Your process is quite like mine. Recently I added a new set of featured characters to my 16th book - God, it was so much fun! It's almost like BEING God in a sick sort of way, isn't it? LOL.

My new featured lady is in her late twenties, Seneca Indian, mute from a childhood trauma, and totally uneducated re. sign language or reading lips, etc. She was cast aside by her tribe, and lived among the horses in the barn. I named her Catori, then shorted it to Cat, then Kitty.

But it is such a thrilling experience. I, too, spent year in technical writing with my R&D job at Kodak. So dry. So boring. But necessary at the time.

I'm going to have to check out your books - I love books with psychological themes!

Thanks for blogging with us (sorry I was a day late!) and let's keep in touch!