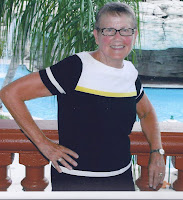 My opinion: Twitter is quick communication on the fly, but using it effectively requires some thought to shorten the ideas so they can be properly and fully communicated in 140 characters. Not thinking ahead risks serious or hilarious misunderstandings.
Above graf in Twitter-speak: Tweets quick, concise, think 140, preview gets clarity & no regret, no joke.
Problem: Thinking clearly and expressing it concisely requires forethought, sometimes a considerable amount spent mulling it over. But we don’t always have that time to spend analyzing our tweets. That’s where we get ourselves in the soup. Admittedly, the first illustrative graf above isn’t something that I would be likely to put on Twitter in the first place; Twitter isn’t designed for philosophical musing.
And I am a writer who writes, then writes again, then rewrites, then rewrites again, and so on, until I finally decide that I’m done, finis, end of story, 30, and I’m satisfied that what I’ve written is the clearest way of saying what I want to say. Someone else can disagree, but that’s okay.
The first illustration, the long one, I wrote on the fly, and went back a couple of times to tweak the wording a little, Miss Thistlebottom/wordsmith that I am. It’s simply opinion, and doesn’t have any content that would get me in trouble if I dashed it off in 140 characters and sent it on its way. It’s innocuous in its message, and even if shortened without thought probably wouldn’t have offended my intended audience. (You weren’t, were you?)
What is most remarkable here—and it may be the result of age-related mental slowdown and the need to search for words, especially that exactly-right word that is tickling the back of my mind—is that the second illustration took me about three times as long to put together as the original longer version. And I had the printed version to look at, not just an amorphous opinion floating in my head that I wanted to pass on to the wide world out there in ether-land.
What made me start on this philosophical it’s-just-my-opinion binge was when I was tweeting about a new posting on my blog, mkamysterylady.com, the tweet exceeded the 140-character limit and I needed to shorten it. Substituting shorter words of course is the only repair, but you have to come up with appropriate ones; for one word I went to dictionary.com to choose a short-enough synonym.
Once I got that tweet into the proper number of characters, I then put up a couple more tweets and found myself automatically and instantly grasping for a short word every time. That’s a good thing, huh, tweet-wise? Well, maybe so, but I’m not sure.
I’ve read lots of concerns, criticisms and cautions from people who use Twitter, some who have been using it since its inception; I’m a newbie just beginning to use social media since I have a blog I want to share. Some people love Twitter for its brevity, some share my opinion, some really don’t care, just put some words up and let it fly.
But even from my newbie, short-timer point of view, it seems to me that the effect of thinking in 140 characters probably is not a good thing over the long-term for English—or whatever language one speaks.  This potential for negative results from Twitter on language probably won’t be fully addressed until some Twitter users begin to realize that their everyday vocabularies are basically non-existent except for a very long lexicon of very short words. I find myself asking about my own Twitter prognosis:
Obviously, my tongue is firmly implanted in my cheek and my opinion is an exaggeration as I write it in 2011, but my point still has a certain degree of validity, especially for people who are heavy users of Twitter and have been doing the 140-character tango for many years.
Above graf in Twitter-speak: Sarcastic but point valid, too much time on 140-characters, bad? Less time, more brain, good? Hyperbole? Who knows.
Only time will tell.
The constant advance of technology will very likely solve the problem for us in the future. What that solution might be I can only imagine. Maybe some software that will let us highlight a paragraph, click a “Twitterize” button, and it automatically will convert the text, whatever length it is originally, into 140 characters.
Now, what fun that promises to be. If you’ve ever tried a speech-to-text program, you probably know what I mean.

I'm a retired communications consultant with major firms, writer, columnist, and blogger, now living in Asheville N.C. We moved here from Chicago. We love Asheville's culture and quirkiness, the gorgeous mountains and the interesting and welcoming people.

We still miss Chicago, though, and visit when we can. We have children, grandchildren, and great-grands scattered across the country. I've been reading and writing all my life, for pay and for fun. Love all kinds, especially mysteries. Now for fun, I'm reviewing on my blog much of what I read, and have lots and lots of opinions on this and that.

Here are some links to some other opinions I've posted on mkamysterylady.com. I'd love your comments, if you choose to drop by. While you're there, do take a look at the posted reviews. I hope you'll enjoy the read.

What makes a good review, from one reviewer's perspective.

Some thoughts on revenge in mystery and in life.

Marcia - I love this piece! Thank you for guest blogging with us today, we always enjoy your wit and wisdom!!

Aaron . . . This is so much fun. My daughter-in-law asked me how I'd feel if I got nasty comments. I said good is better, but I'll take all kinds since they show that somebody is reading! Again, thanks so much for your help as I learn my way around the blogging world.