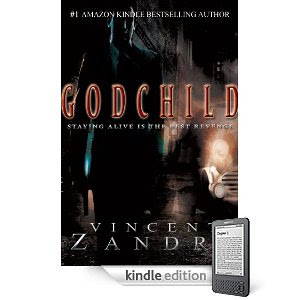 A lot of my peeps have been chiming in asking me what it feels like to be selling a whole bunch of Kindle E-Books these days on Amazon. Like thousands, per day. No kidding. That ain't no typo. Not bad numbers for a former construction worker. Go figure! (Me, shaking my head in disbelief, but also looking up to the heavens with gratitude!)

But the truth is, I'm not entirely sure how to feel about it. Currently I'm the number 4 overall bestselling Kindle and have been as high as number 3. Two of the three authors above me are propped up by major motion pictures (Hope I get a move produced one day!). Since the middle of March I have moved around 60,000 units of The Innocent, and Godchild has now been in the Top 100 Kindle E-books for two weeks.

But back to how I feel about it.

I feel great, naturally. Who wouldn't feel great. It's cool to be popular. I thought there might be some talk about the pricing, but the sale price of a buck is only temporary and my other books, like The Remains, that are priced at the normal $2.99 are selling in the low hundreds. Even the $9.00 Moonlight Falls has gained something like 200% in the rankings and is holding steady, if not slowly gaining more ground, which tells me a lot of my fans are willing to pay an extra few dollars for my brand of "quality" thriller and mystery (Thank you!!!).

So, the question still persists: How do I feel?

First of all, I am honored that I am earning ("earning" being the keyword here) a fan base that is willing to support my work, and enjoy it. I owe you not only a lot, but I owe you everything. And in return I will keep putting out very good books. I will write to the best of my ability everyday. But second of all, I am being cautious. Cautious because I've been to the show once before with the majors and realized that success in this business can be volatile to say the least.

However, my success now is notably different than before.

My association and "success" with the big guys in new York was initially measured by one thing and one thing only: The size of the advance. Back in '99 I received a quarter of a million dollar advance for two books. And after the pub experienced an internal shakeup, my books along with a whole bunch of others, were simply tossed to the side. The end result was that I couldn't even begin to earn back my advance. Add to that, the big chain bookstores pulling the paper off the shelves after six weeks, and you smell a recipe for disaster.

Success this very minute is far different.
By that, I mean I am now being published responsibly.

What does responsible publishing entail?

The author earns what he or she sells. It's as simple as that, and it is not an new idea by any stretch of the imagination. Back when Hemingway started, authors might receive a very tiny advance, but they were paid by how many books they sold. Book runs were small, and essentially POD. The evil system of returns had not yet been conceived of by the booksellers association. Authors didn't have agents, and they weren't issued a pile of money they couldn't begin to pay back. Not without their book becoming a No. 1 bestseller and staying there for ten weeks. In a word, the system worked.

Responsible publishing not only means earning what you sell, but it means building an audience and pleasing that audience as best you can. Which means offering them sales like books for a buck, or doubles for five bucks, and making sure you earn every penny of that currency with great writing and a cool cover. Every penny that's earned is yours and your publisher's to keep. If you self-publish, you get the whole pot after you pay off your subcontracted editors, artists, etc.

I feel that my numbers will probably level off at some point, but will stay in low hundreds territory for a long, long time. Other indie authors are proving that the new responsible publishing model like that available at StoneGate Ink, tends to work this way. Authors like Joe Konrath, Aaron Patterson, LJ Sellers, Debbie Mack and so many others are doing what a whole lot of big advance authors working out of New York are not doing: They are selling in droves. And what's more, we're talking E-Books here. These books are not coming off the cyber shelves anytime soon or at all for that matter. Maybe The Innocent is no 3 or 4 overall today, and given time and price changes, may slide down to 50 or even 200. But with some revised package enhancement and new pricing, that same book could be the no. 1 overall bestseller two years from now when my audience might be four or fives times as large. The book will once again be re-introduced to a whole new group of readers from around the globe.

So again, how do I feel about having a breakout bestseller or two?

Like the old Beatles song goes, I feel fine.

But I'm also guarded and I'm not about to quit my journalism entirely. I'm not about to diminish my marketing efforts. I will however be cutting back on certain trade journalism projects in order to write more fiction. Because like newbie indie and bestselling author Barry Eisler recently pointed out, the best way for an author to maximize his or her sales earning potential is by writing more books.

Which is why I'm going to end this blog and get back to the fiction. 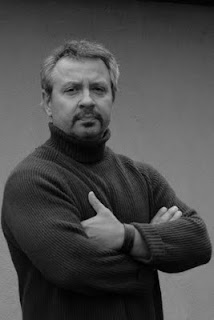 Vincent Zandri is an award-winning, bestselling novelist, essayist and freelance photojournalist. His novel As Catch Can (Delacorte) was touted in two pre-publication articles by Publishers Weekly and was called "Brilliant" upon its publication by The New York Post. The Boston Herald attributed it as “The most arresting first crime novel to break into print this season.” Translated into several languages including Japanese, Russian, French and the Dutch, Zandri’s work has also been sought out by numerous major movie producers, including Heyday Productions and DreamWorks. Other novels include Moonlight Falls (R.J.Buckley), Godchild (Bantam/Dell), and Permanence (NPI). His newest thriller, The Remains (Stone House) will be published in July, 2010 in E-Book and in November, as a Trade Paperback. Forthcoming novels include The Concrete Pearl (Stone Gate), a new detective series starring the brassy but beautiful construction business owner, Ava "Spike" Harrision, and the re-publication of the classic, As Catch Can (Stone Gate).

An adventurer and freelance photojournalist, Zandri has been the author of the blogs, Dangerous Dispatches and Embedded in Africa for Russia Today TV (RT). He also writes for other global publications, including Culture 11, Globalia and Globalspec. Zandri’s nonfiction has appeared in New York Newsday, Hudson Valley Magazine, Game and Fish Magazine and others, while his essays and short fiction have been featured in many journals including Fugue, Maryland Review and Orange Coast Magazine.

He holds an M.F.A. in Writing from Vermont College and is a 2010 International Thriller Writer’s Awards panel judge. Zandri currently divides his time between New York and Europe. He is the drummer for the Albany-based punk band to Blisterz.

You can visit his website at www.vincentzandri.com.
Posted by Kim Smith at Monday, May 02, 2011

Thanks for having me !!!
Cheers
Vin
PS. Just a reminder that Godchild is the sequel to The Innocent!!!

Thanks for hosting Vincent today, Murder by 4! Check out tomorrow's stop at http://www.pumpupyourbook.com/2011/04/24/pump-up-your-book-live-chats-with-amazon-bestselling-author-vincent-zandri-may-3-2011/ where you can talk to Vincent live!

Good work, Vince. And thanks for educating me on the finer points of how the industry has lost its way since the golden days of Hemingway. It goes to show you the permanence of good ideas.

Fabulous post, Vincent. You continue to amaze me. I'm thrilled to read of your well-deserved success. Best of luck on your tour.

You are so spot on, Vince. Loved this piece. It's the new trend now, and boy, does it feel good to earn the money as you sell rather than get an advance you worry you might not earn back, eh? Thanks so much for your insight, I'm off to check out your books - they sound marvelous!