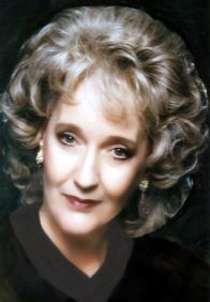 © Jean Henry Mead 2011 all rights reserved
I rarely suffer from writer’s block, thanks to my journalism training, but I’m aware that many writers do. While packing to move, I found an article concerning the malady, written, ironically, by Lawrence Block, a former Mystery Writers of America Grandmaster, whom I had the pleasure of interviewing for my blog site, Mysterious Writers.

Block asked the question: “What’s the biggest factor in determining writing success? Not just talent, “but a feel for language, an intuitive understanding of how to arrange words in their best order, a sense of what is and is not dramatically effective.”

Perseverance and the courage to continue writing, no matter how many walls you’ve papered with rejection slips, are also contributing factors. Block credits believing in your ability to write as the most important aspect of successful writing. Comparing writers to athletes, he said, “Mental attitude and preparation make the difference. It plays precisely the same role for us that it does for the runner and the weight lifter. The more completely I believe in myself, the more I am able to employ the talent I possess. My belief in my ability and in the worth of my work will enable me to work to the limit of my capacity."

He recommends sitting at the computer for fifteen minutes before beginning to write. Spend that time telling yourself what a good writer you are and that you do excellent work. Erasing negative thoughts before you begin is a huge step in getting those words down on paper. Negative beliefs, whether or not you’re aware of them, can sabotage your work. Thoughts such as: I’m not a good writer, what I’ve written is crap, I never finish what I start, no one will publish my work, etc.

As so often happens, the first third of your book goes well but when you get to the middle you’re stuck, particularly if you don’t outline the plot (which I don’t). During my current work in progress, I wrote myself into a corner and had to put my story in reverse and back up some 20,000 words. It was not only discouraging, it briefly made me lose confidence in my ability to write. But once I took off in another direction, the writing went quite well.

I’ve also found that reading the previous chapter before starting to write helps to carry me forward into the next chapter. Bestselling novelists I’ve interviewed have said to stop writing when you’re over the “hump”—when a plot problem is solved—so that you’re ready to finish the scene the following day. That isn’t always as easy as it sounds because you want your muse to run its course before you quit for the day.

I aim for five pages and sometimes find that it’s like pulling teeth to meet my goal, so I stop, hoping to take up the slack the following day. Writing fast and making changes in the second draft seems to work for most successful writers.

Negative beliefs can be damaging as well as paralyzing, resulting in long term writer’s block. But how do you pull yourself out of writer’s depression? Lawrence Block recommends putting your negative thoughts on paper. When you read them, tell yourself they’re all LIES. Rejection won’t destroy you, he said. “Nobody ever died of a rejection slip, and nobody every succeeded without accumulating plenty of them along the way."

About the author:
Jean Henry Mead is a mystery/suspense and western historical novelist. She's also an award-winning photojournalist. One of her fortes is interviewing writers, actors, politicians, artists and ordinary people who have accomplished extraordinary things. She began her writing career as a California news reporter/editor/photographer, first in Central California and San Diego. Mead later transferred to Casper, Wyoming, to serve as a staff writer for the statewide newspaper. She also served as editor of In Wyoming Magazine and two small presses. She has freelanced for other publications, both domestically and abroad, among them the Denver Post's Empire Magazine. Her first book was published in 1982. She's since published fourteen novels and nonfiction books.

Learn more about Mead at www.jeanhenrymead.com/

Thanks for hosting Jean today. This is a great article. I can't say I suffer much from writer's block--I don't have the time to waste. But I know many writers who have experienced it. I'm sure they'll find this post helpful.

Your readers can check out jean's tour page - http://www.pumpupyourbook.com/2011/03/25/murder-on-the-interstate-virtual-book-tour-may-2011/ - to find more information from her tour.

Thanks again. I hope you and your readers have a lovely Memorial Day weekend.

Hello Jean (and waves to Cheryl!) I find that rereading the previous chapter always gets me back in the zone to write, too. It's like rewinding a movie to remember where you were, then just letting it fly! I also find that if I'm stumped or feeling like my muse has abandoned me, I stop for a few days or a week and just live life. It always comes back! Thanks for guest blogging today and best of luck with your book!

Thanks for hosting my blog tour as it winds down today. I agree, Aaron, that sometimes you need to take a break and get completely away from the computer. I appreciate your good wishes.

Thanks for calling my attention to the quote in the last line.

That one is going into my mental rolodex.

Have a happy and safe holiday!

Thanks, Bryce. A happy and safe Memorial Day to you as well.

Always good advice, as usual, Jean. And always read over what I last wrote to kind of jog my memory. One of my tricks is to stop in the middle of a scene so I'll know exactly where I'm going next.

Thanks for sharing the great advice, Jean, and thanks to Aaron for hosting! Best wishes to you with your book, Jean, and hope you have a good weekend.

Thanks, Marilyn and Connie. I agree, Marilyn, that stopping before the end of the scene helps to get you started the following day.

Wishing you both a wonderful holiday weekend.

Block is right -- a feel for languange and for story is important in effective writing, which is why reading is so important. Steeping oneself in well-written novels is a good way of learning the feel and the flow of story.

Good point, Pat. The books I've read over the last five decades have been my inspiration and my teachers. Never took but one or two little undergrad elective courses in writing, but these authors were the best teachers in the world.

Happy Memorial Day weekend to all!

Excellent advice. I'm also a "pantser" and normally the ideas flow faster than I can type but every now and then I encounter a dry spell. I find that pacing helps my plotting. Exercise for the brain and the body. If that doesn't work I drive to the local Safeway. I stopped in the other day to purchase 3 candy bars and the clerk smiled and said "you must be writing today. Can't wait to read your sequel."

Now that was motivating.

He has some good ideas. I'll have to try them--goodness knows I need them! Good interview, Jean.

Thanks, everyone, for the kind words. We can't go wrong with advice from Lawrence Block. :)

Good advice and very much appreciated!

This is an excellent article. I too love the quote at the end. Even though I'm a journalist by training also, I seem to be suffering from some type of writers block right now. Maybe I have too many things going on in my life, but I'm lacking enthusiasm and motivation for writing. Maybe taking some of this advice will help!

Heidi, I've found that working on other projects for a while helps when I'm occasionally stuck on my primary one. Or, as Aaron said, take a week off to enjoy the things you like best and don't even think about writing.