Short, Tight & To The Core 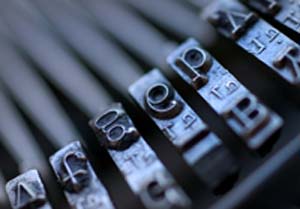 Several years ago, I wrote a number of short stories. Some were published online in a writer’s forum. Most of them, however, got filed away and were quickly forgotten after I began writing novels.

This past year, I toyed with the idea of dusting them off and seeing if I could turn them into something worth sharing with readers. Unfortunately, that’s as far as my interest/effort went until last week when I received an e-mail asking for submissions to a writing contest.

I thought about it for a minute or two and decided that since the deadline isn’t until late spring I’d have time to work on it. After all, I liked the story, thought it had potential, and it was certainly worth the try.  Unfortunately, this task would prove to not be as easy as it initially appears to be. The maximum word count for the contest is 4,000—most of my shorts are between 5,000 and 8,000 words. The one I had in mind to rewrite was around 8,500. Never the less, I was definitely up for the challenge.

The characters in “Seeds of Murder” include the body of the wealthy widow, a hard-nosed detective, the devoted housekeeper, the greedy grown children of the dearly departed, and of course, the femme fatale!

Now, for someone who enjoys expanding stories into 90,000 words or more, cutting 4,000 words from what was an already abridged storyline seemed impossible. In truth, however, it proved to be a valuable exercise. It not only helped tighten my prose, but it helped me to focus on the plot. I constantly caught myself asking if this line or that line was really necessary. Would it make or break the plot if I cut it out? Surprisingly, 99.9 percent of the time they were worthless words that added more bulk than wow.

The first things I cut were the lovely, rambling and totally unnecessary sections of imagery, long-winded descriptions, over-used tags and bites, and a whole lot of glancing around by the characters.

I also considered the structure. Beginnings are always difficult for me to decide. Where does the story begin? While the character is walking toward the building, as he’s stepping through the door, or after he’s in? Eventually I figure it out, but in this case, the original opening paragraph was 150 words long (8 lines) describing the scenery and the stately home from the protag's point of view as he's driving toward the scene of the crime. That’s right, 150 words before we read the first bit of dialogue. To make things worse, I wrote 368 words before giving the protagonist his first line. Yikes! The revised opening paragraph is a mere shadow of it at 45 words including the first four words of dialogue. I’m even considering cutting all but the dialogue and opening the story with, “The body’s upstairs, detective.” I don’t know…what do you think? Maybe not. At any rate, I still have just over 1,000 words left cut. After that it’ll be a matter of fine tuning each sentence and making those 4,000 little words count.

What’s truly interesting...no amazing, is that in spite of the drastic cuts, the storyline is still there. It’s really there and I’m loving it.

Everything else was obviously fluff.

Marta Stephens writes crime mystery/suspense. Her books are available in paperback and e-book and Kindle formats.

I enjoy editing my writing. I liken it to sculpting. You take a beautiful block of marble (your written piece) and you chisel away the unneeded stone until you have a gorgous piece of art.

I remember this story, Marta. I loved it! And I totally relate to the impossible task of whittling it down to half its size. Almost as bad as having to write a 150 word synopsis for the back of your book!

Hey, John! Great to hear from you. Funny, for years my first love was art (oil paints) and I've often compared writing to the process of painting. :)

Ah, Aaron, I was wondering if you would (remember it). It had been a year or since since I read the original draft and couldn't believe how clumbsy some parts of it were. Change is at times hard, but always worth it.

Marta, when I read it, nothing screamed clumsy to me. It was just a GREAT tale! I remember getting right into the scene and feeling as if I were there with the characters. Loved the house, too. Hope you can save some of those lovely details with only 4000 words! Good luck and let me read it when it's done!

It is amazing when you think that you cut cut cut and the story survives... :)

Marta - thanks for sharing the behind the scenes look at the life of a writer. I always find an individual's creative process fascinating.

Yup, Kim, it's still there and I'm pretty sure it's better than before. Fear not, you'll have a "chance" to read it soon. LOL

Nicole, thanks so much for stopping by! The behind the scene process is not for the faint of heart though! Had I known...had I only known ... nah! Who am I kidding? I'd still be writing today. ;)