Kill the Character Before She Kills the Plot 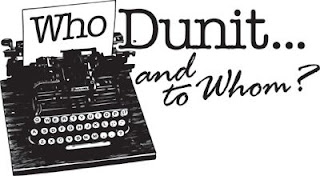 I’m almost certain that most writers have at least one manuscript that hangs over their heads year after year and refuses to die a peaceful death. Instead of the words flying onto the pages turning sentences into paragraphs and paragrahs into scenes, the plot moans in the dark tapping an unsettling beat inside our heads, whispering cruelties and nagging like a hangnail—a constant painful reminder of the writer's inadequacies.

I personally have more than one such book, but I’ve finally brushed away the cobwebs that have cluttered my mind these past few months and decided to rework one of my Harper books … again. Oh, I can hear the groans now!

I initially wrote Grave Witness as a novella around 2005 then placed it on the shelf while I worked on another project. I blew the dust from it in 2009 and struggled to work out the bugs throughout that year. It was finally starting to make sense, but Rhonie Lude, the new character I introduced into the plot began to take things over. Harper didn't much like that. Ironically, she became the protag in my next book, but Grave Witness remained a problem and at just over 45,000 words it's still not finished.
I've always believe in the story, but no matter how hard I tried, I couldn't get the darn thing to sing.  I'd written myself into a corner and for the fifth or sixth time, I tossed it aside in frustration.  I realize now the culprits, the core of they problem were a few beloved characters (in addition to Lude) and scenes that were left over from my initial plot that insisted on being a part of this updated version. In other words, I was determined to make them fit into the new plot come hell or high water.

Looking back both hell and the waters did come.  It’s been over two years this time since I read that manuscript and although I still love those characters and scenes, I’ve finally found the courage to cut them out and try a new angle.

I’ve never been a fan of prologues because so often other than to explain the plot, they don't serve a purpose.  However, recently I read a few that have changed my mind. The author wrote them as snapshots into moments in time that altered the character’s lives—events that could never be changed nor ignored and kicked started the action in chapter one with another character who years later wanted to right a decisive wrong.

In Grave Witness, homicide detective Sam Harper is once again involved in solving a murder, that of Robert O’Malley, but inadvertently uncovers a lead into a fifty-five year old cold case. This past weekend I began to outline the revised plot, but as I worked on it, I realized my next challenge was to fill in the blanks of O'Malley's sketchy profile. After all, his past is the focal point of the story so I decided it (his story) would work well as the prologue.

I don’t know if I’ll use it, but the point in this exercise is to dig deeper into O’Malley’s past, find out who he was, what motivated his life, and what turn of events placed him on Harper’s roster five decades later.

Will it work?  Who knows? But maybe, just maybe this is the year I finish it!

About the author:
Marta Stephens writes crime mystery/suspense. Her books are available in paperback and e-book and Kindle formats.

Excellent post, Marta. I was having a similar problem with my current WIP. It sagged badly in the middle. I took an online screenwriters course with Alex Sokoloff, and wow did the flames of inspiration coming shooting back. It was like being in the middle of a firefight.

I hope you find the inspiration or whatever it takes to finish your WIP. Your imagination weaves a wonderful tale, so I'm betting this story just might be your best ever.