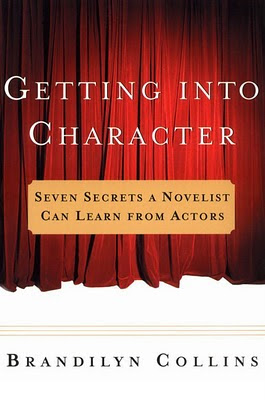 by Brandilyn Collins
Many times when people talk, they don't say what they mean. Their words are on one level, and the meaning lies underneath. This is called subtexted dialogue.

It's a common error for fledgling writers (and, unfortunately, sometimes not so fledgling) to write WYSIWYG dialogue--What You See Is What You Get. All meaning is right on the surface—or “on the nose.” WYSIWYG dialogue that should be subtexted won't seem well written or real to life.

Say two women, Jane and Mary, have volunteered for a job at church. They eventually get into a disagreement. Jane makes a thoughtless comment and hurts Mary's feelings. They finish their work in testy silence. But Jane feels embarrassed and wants to make amends. She says, "Want to go get coffee? I'm buying."

But getting a coffee isn't really what Jane wants. If we were to write what she's really saying, it would look more like: "I'm really sorry I said that. I feel embarrassed about it. Would you let me buy you a coffee to make it up to you?"

Now the interesting thing about this subtext is that Mary will immediately understand Jane's underlying meaning. But she won't want to come out and say so. She'll respond within the same subtext. She might say, "Thanks. That would be great." Meaning: "I can see you feel bad, and I accept your apology." Or she could say, rather curtly, "No thanks. I don't have time." Meaning: "I'm still royally ticked at you and am not ready to accept an apology. If you feel embarrassed—good!"

Of course, some dialogue should be WYSIWYG. The trick is knowing when to subtext.

Situation #2 often occurs when the speakers stumble upon a subject that carries a lot of baggage between them. For example, your character Todd has a history of lying to his wife, Sue, and not supporting her emotionally. This has hurt her deeply. Now she catches him in another lie—something to do with helping their mutual friend Patricia. The lie in itself is a small one, but it triggers Sue’s memories of Todd’s numerous betrayals. Her response could be written like this: She pulled back, eyes narrowed. “How thoughtful of you to be there when Pat needed you.” Real meaning—how can you be so quick to help a friend when you’re never there for me?” Believe me, Todd will get the point.

Notice where the true meaning lies in subtexted dialogue—not in the words, but in everything that is occurring around them: through the characters’ Thought, Inflection, Movement, and Expression. You can remember these elements through the acronym TIME.

In GETTING INTO CHARACTER I use a scene containing five innocuous words of dialogue as an example of subtexting and the use of TIME elements:

Let’s say this is the opening scene of a book. To this point we don’t know the characters at all. How might you write a short scene, using these lines of dialogue, that depicts an abusive marriage? That is, a scene without pages of backstory that simply tell us the marriage is troubled. Here’s an example:

At last, silence. Not even a creak from the padded rocking chair. She was too exhausted to push.

Early morning light filtered through the checkered curtains, patterning the floor at Missy Danton’s feet. Her newborn nursed in her arms, sighing in contentment with each swallow. For hours, Missy had despaired of this moment ever arriving. The baby had squalled all night, filling her with fear at the thought of waking her husband.

Missy smoothed a fingertip over the baby’s perfect cheek. How could Franklin still treat her so badly after she’d given him such a beautiful son? She’d been so sure a baby would change things. But the pain in her left shoulder, where he’d punched her twice yesterday, baby in her arms, screamed the bitter truth.

The nursery door pushed open. Missy raised dull eyes to watch Franklin’s head appear, hair matted from sleep. What she would give for the slightest bit of compassion.

“Morning.” Her voice was little more than a croak.

He slouched in the doorway, dismissive eyes flicking over her face, the baby. Languidly, then, he stretched, yawning with exaggeration. “Morning.”

Resentment rose like hot acid within Missy. She pressed her lips together, fingers tensing under the baby’s blanket. “Sleep well?” Biting with sarcasm, the words slipped from her lips of their own accord. The moment they were out, she wanted them back.

Franklin drew to his full height, eyes narrowing. His head tilted, and Missy could see the telltale vein on his neck begin to throb. She braced herself, drawing her baby closer. Franklin’s mouth opened in a smirk, his chin jutting. “Yeah,” he goaded, daring her to continue in such foolishness.

Fresh, nauseating fear blanketed Missy’s anger. She now had more than herself to protect.

Let’s look at the subtexted meaning of each line:

“Morning.” Look at me just once with compassion, Franklin. I’ve been up all night with the son I’ve given you, and I’m exhausted. (Situation #1)

“Morning.” Yeah, what do I care? That’s your place, watching the kid while I get my eight hours. (Situation #2)

“Sleep well?” I’m sick of the way you treat me. You make me furious. How can you be so selfish, sleeping all night while I was having so much trouble? (Situation #1)

“Yeah.” You keep it up, Missy, you’ll be sorry. A baby in your arms ain’t gonna keep me from hitting you. (Situation #2)

There’s one more piece of this conversation, unspoken:

Relook at the scene, substituting the subtexted dialogue with its actual meaning. If the characters had spoken in such WYSIWYG terms, the scene would read as not “real” to life. Instinctively we know these two characters wouldn’t speak to each other so openly.

Let’s look more closely at how to use the TIME elements in a scene.

Thought: This doesn’t just refer to literal thoughts. You can do that once in a while, but they are jarring and quickly become tiring to the reader, so use them sparingly. In this scene, thought has been depicted through narrative. One word of caution, since thought is often the easiest technique to employ. Don’t overuse it, or you will simply move all meaning from spoken word to narrative thought. This will negate the need for other kinds of description and will deaden your scene, telling your story rather than showing it.

Inflection: One or two well chosen words can convey a magnitude of meaning. Missy’s “Sleep well?” asked with biting sarcasm spoke of her deep resentment and anger at Franklin. It had nothing to do with wondering how he’d spent his night.

Movement: This includes body language as well as large motions. A slouch, a jiggling foot, a flick of the hand—all convey messages.

Expression: Facial expression can be very effective even when a character is otherwise still. Remember that Missy’s final communication of accepting “her place” under Franklin’s abusive rule was conveyed merely through lowering her eyes. Such silent expression can tell the reader far more than words.

Take a look at the dialogue in one of your scenes. Is it written in WYSIWYG style when it should be subtexted? Maybe you’ve managed to subtext bits of it, while other parts remain WYSIWYG. Dig deeper into the meaning of the words—and show them through TIME elements instead of the dialogue itself. And when you’re not writing—when you’re simply conversing with others (or listening to a conversation) pay attention to how often meaning is subtexted. You’ll be surprised how much it occurs. The more you understand subtexting in real life, the more you’ll use it effectively in your writing.

Excerpted from GETTING INTO CHARACTER: SEVEN SECRETS A NOVELIST CAN LEARN FROM ACTORS, copyright Brandilyn Collins 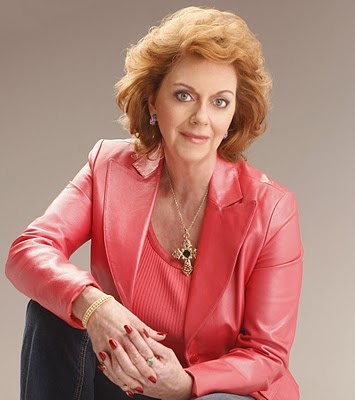 Brandilyn Collins is a best-selling novelist known for her trademark Seatbelt Suspense®--fast-paced, character-driven suspense with myriad twists and an interwoven thread of faith. Brandilyn is currently writing her 23rd book. Her latest release, DECEIT, was just named in Booklist’s 2010 Top Ten list for inspirational fiction. When she ventures from her writing cave, Brandilyn can be found teaching the craft of fiction at writers conferences. She and her family divide their time between homes in California and Idaho.
Posted by Kim Smith at Monday, November 22, 2010

Email ThisBlogThis!Share to TwitterShare to FacebookShare to Pinterest
Labels: brandilyn collins, getting into character

Great post! As someone with a background in social science, I'm very aware of subtexting but this article really helps me clarify how it fits into my writing. Thanks so much; I'll be referring back to this.

Brandilyn, this is a wonderful piece. I love the examples you've shared with us - it's by far the best way to teach and to learn! Superb. ;o) Hope you'll come back soon, and best of luck with your book.

I am so happy to have this post. I didn't know squat about this!

I just spotted this on facebook. I do have "Getting into Character" but needed this reminder. I am currently working on learning to write believable and diverse dialogue. Thanks for sharing!
Jessie at Blog Schmog

This is a wonderful post! Your examples are great and make it so clear to understand, Thank you!