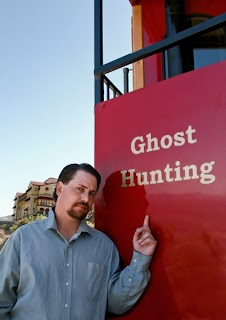 
Think about the classic Horror films you watched growing up. While Freddy Krueger may have watched you as you dreamt and Jason took you for a swim in the lake, there was more to the movies than just an endless series of deaths.

Certainly, they were more graphic than the Horror films of the 60’s and 70’s, but they still held a level of suspense. These films were designed to take the sense that a normal innocent place could hold something wicked.

Before the killer would come on screen, you were faced with an eerie sense that something wasn’t right. The film grew just a hair darker, and the music began to slowly rise. This knowledge that something bad was going to happen led to the suspense, and the killing only took a second and then the frame switched. 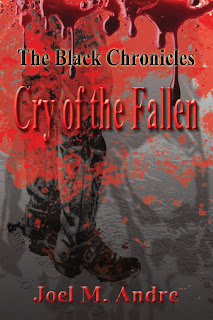 When you are writing a book, that very concept needs to be kept in mind. Your readers will need to know that something wicked is getting ready to happen, but you need to make them wait for it. This need to know what happens next is what will draw them into your text and leave them wanting more from your story.

Think about this, would you read a suspense novel that read: She knew someone was behind her. She turned and she died. I wouldn’t. The action was too quick and it leaves the reader uninterested in the actual content that is in the book. Instead try something like: Behind her, she could hear the soft falling of footsteps. Wanting to turn her head, she resisted the urge. There was only one person that it could be. But it was impossible. Feeling her heart quicken, she increased the pace in which she was walking.

Yes, the last example I gave you was a bit cliché, but the point was to show you there is more depth when you take a scene and run with it. The suspense is what will end up selling your book to readers. There has to be a reason for them to keep reading on. Give them the adrenaline rush they are looking for.

This leads to one more important concept, violence isn’t suspense. Many people fall into the trap thinking the more gore and violence they offer that readers will be entertained more. In most cases, people want the violence to be less than a few paragraphs with the scene being filled with suspense.

Remember that the actual art of Horror is bringing out the fear in people. Most of the time that can be done with a little suspense and then taking them to the edge of the murder. From there, their mind will do the rest

Joel M. Andre was born January 1981. At a young age he was fascinated with the written word. It was at fourteen that Poe blew his mind, and Andre began to dabble with darker poetry. Between the years of 1999 and 2007 Joel was featured in various poetry anthologies and publications. In 2008 he released his first collection, Pray the Rain Never Ends.


Knowing there was something deeper and darker inside of his soul, Joel decided to take a stab at commercialism. Releasing the dark tongue in cheek, A Death at the North Pole, created a dark world among the death of Kris Kringle. Ultimately providing a tale of redemption.


October of 2008 saw Joel release his second book, Kill 4 Me. A tale in which a woman is haunted by a vengeful spirit through text messages and instant messaging.


Taking some time off and doing a lot of soul searching, Joel took things in a new direction and dabbled in the Fantasy Genre with, The Pentacle of Light. The tale dealing with five major races battling for control of Earth, and the acceptance of their God.


Finally, after missing his detective Lauren Bruni, he released the book The Return in October 2009, this time moving the action from the North Pole and placing it in the small Arizona community he was raised in.


Andre’s latest book is THE BLACK CHRONICLES: CRY OF THE FALLEN about a dead man who seeks revenge on the woman that tormented him in peaceful Northern Arizona. Andre currently resides in Chandler, AZ.

You can visit his website at http://www.joelmandre.com/ .
Posted by Marta Stephens at Friday, November 05, 2010

Hi Joel! You bring up some great points here - sometimes it can be so much scarier when you don't actually SEE the monster, but you know it's there. :-)

Suspense is tough to write... and awesome to read.

I actually love the Saw movies (because I think they worked pretty hard to maintain a plot along with the violence) - the first one, though definitely bloody, was absolutely AMAZING and contained a lot of psychological horror along with the gore. But I also love movies (and books) that manage to scare me without a lot of explicit violence.

Love a deliciously developed scary book. Glad to have you here!

Joel, welcome to MB4 today! I'm with you on the suspense versus lots of gore issue. Actually, I despise gore and blood and guts, and can't watch that kind of movie. (My wife wishes I would, ha.) But I love a psychological suspense - just LOVE it. Thanks for a great piece today and have a good weekend.

You're so spot on. My genre is crime and I always try to add a level of suspense to the stories. I also like to bring in a bit of sexual tension between characters and find that in both cases (suspense and romance) it's best to let the reader use his/her imagination than to tell them what happens.

Thanksd so much for your post. Welcome back to Murder By 4!!