Hear The Writer Speak The Page 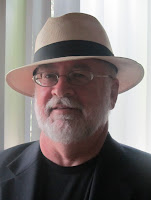 © Bruce DeSilva 2010 all rights reserved
Real people don’t sound alike when they speak, and neither should the characters in a novel. If they do, I stop reading and look for another book.

A mobbed-up bookie, an aged ex-fireman, a by-the-book police chief, and a 39-year-old investigative reporter may all speak English, but they don’t use the language in the same way. 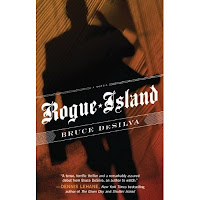 When I began writing my crime novel, ROGUE ISLAND, I knew that my forty years in journalism had sharpened my perception of human speech. I’d interviewed, and listened closely to, people in all walks of life: politicians and prostitutes, cops and mobsters, firemen and arsonists, doctors and drug addicts.
Still, this was my first novel, so I was initially uneasy about whether I could capture the variations of human speech on the page. I began by throwing my characters together and letting them talk to see what would happen. When each spoke in a distinct voice, I knew I would be able to write the book I’d envisioned.


As the novel opens, an arsonist is systematically burning down the working-class neighborhood where the main character, an investigative reporter named Mulligan, grew up. With the police looking for answers in all the wrong places, it’s up to Mulligan to find the hand that strikes the match.


The tale is set in the claustrophobic little city of Providence, RowDIElin, where the natives speak in a variety of English that is all their own. I wanted my readers hear how it sounds, but I couldn’t write the whole story in dialect because it would be hard to read. Early in the book, I let readers to eavesdrop on locals rubbernecking at a house fire. I wrote the passage in dialect and provided a translation in standard English:


“We kin take my cah tuh Caserduz if I kin fine my kahkis.”


(We can take my car to Caserta’s if I can find my car keys.)


And that, I figured, was enough of that. From then on, I occasionally used pronunciation spellings, dropping the “g” in words like “somethin’” or tossing in a “How are ya?” – but I shunned anything that would be hard to read.


One of my favorite characters in the novel is an aged ex-fireman named Jack Centofanti, an old family friend of Mulligan’s. Here’s what happens when Jack asks after Mulligan’s sister, brother, and troublesome ex-wife.


“Your beautiful sister? She good?”


“Meg’s great. Teaching school in Nashua. Got her own house in the suburbs. Got married last summer to a nice girl from New Haven.”


“Merda!” He stared at me a moment, then snorted. “Well, if that’s your idea of great, then I guess it’s okay with me too. What about Aidan? You two still not talking?”


“Must make it hard to have a conversation.”


Crazy bitch. A real ball- breaker. The closest Jack had ever been to Italy was the three-cheese-and-meatball pizza at Caserta’s, but he’d mastered the art of cursing in Italian.


Mulligan is also friends with another old man, a mobbed-up bookie named Dominic Zerilli. This character needed to sound different from Jack, so I gave his speech harder edges. Here, Mulligan has just asked Zerilli about a vigilante group the bookie created to combat the arsons in his neighborhood.


“They needed somethin’ to carry, you know, in case they run into trouble. Don’t need no more fuckin’ guns on the street. Got enough headache, pukes strollin’ in here with UZIs they buy in schoolyards, scarin’ the help half to death. So I got the guys twenty-four brand new Louisville Sluggers. Woulda set me back a few hundred bucks if Carmine Grasso hadn’t had ’em sittin’ around, you know, from the time he . . . ah . . . acquired a truckload of sporting goods. Charged me two bucks apiece. Ended up buyin’ eighty of ’em. Gonna stick the rest out front the store this spring, sell ’em to the kids. If spring ever comes— this fuckin’ snow— Jesus!”


The police chief, Angelo Ricci, is Italian, too, but he talks in official police-speak. Here he is at a press conference:


“At 11:57 last night,” the chief began, “two Providence police officers on patrol in Mount Hope observed two male subjects armed with baseball bats committing an assault upon another male subject at the southeast corner of Knowles and Cypress streets. The officers exited their vehicle, drew their weapons, and apprehended the suspects, who did not offer resistance.”


Mulligan’s bosses, an executive editor named Pemberton and a city editor named Lomax, are both professional veteran journalists, but they, too, sound nothing alike. Pemberton’s speech is formal and windy. Lomax doesn’t say much; but when he speaks he cuts to the chase. Here, they’re telling a resistant Mulligan why he’s going to have to mentor the publisher’s son, who has just graduated from journalism school:


“The lad was quite insistent that he begin his career in the newsroom,” Pemberton said. “He was equally insistent that he work with you. Apparently he has been reading your copy and has convinced himself that you are the best we have. I tried to persuade him that this is not the case, but to no avail. Frankly, Mulligan, you are the last person I would have chosen for this. I’m well aware of your irreverent attitude toward the owners of this newspaper. But the decision is out of my hands.”


“We’re all going to be working for the kid someday, Mulligan,” Lomax said. “Show him some fucking respect.”


Hardcastle, another of the newsroom’s denizens, is a rawboned Arkansas transplant who writes the metro column. Here, he’s giving Mulligan a hard time about a story:


“Mulligan, you never could write, but your Sassy story was dog shit,” he said, blessing the word with an extra syllable—shee- it. “You take a homey little yarn about some nice folks and their amazing animal, and you write it up like you just caught the governor with his hand on your wallet. ‘Fleming claimed.’ ‘Alleged to have walked.’ ‘Could not be confirmed.’ What the hell was you thinking? Story like this, gotta stroke it like it’s your dick, have a little fun with it. . . . Got so many page-one stories you can afford to piss ’em away?”


I saw it clearly now. My story was dog shit, and I pissed it away because I didn’t stroke it like it was my dick. Why bother with journalism school when Hardcastle Academy is tuition free?


Getting all the characters’ voices right matters, but the most important voice in a novel is the one that belongs to the storyteller.


Ever been to a party where someone is telling a story and everyone gathers around to listen? It isn’t the story that draws them. It’s the person telling it. A novel works the same way except that the writer is asking the reader to listen to his voice for hundreds of pages. You may think you read with your eyes but you really read with your ears. You hear the writer speak the page.


ROGUE ISLAND is written in the first person, with the main character, Mulligan, telling the story.


Mulligan is a lot like me—except that he’s 24 years younger, six inches taller, and quicker with a quip. He’s an investigative reporter; I used to be. He doesn’t do well with authority; I do worse. He’s got a smart mouth; I get a lot of complaints about the same thing.


Here’s how Mulligan sounds when he talks directly to the reader:


From the outside, the drab government building looked like randomly stacked cardboard boxes. Inside, the halls were grimy and shit green. The johns, when they weren’t padlocked to save civil servants from drowning, were fragrant and toxic. The elevators rattled and wheezed like a geezer chasing a taxi.


It was easy to get that voice right, because Mulligan sounds like me.

About the authorBruce DeSilva worked as a journalist for 40 years before retiring a year ago to write crime novels full time. His first novel, ROGUE ISLAND, has been praised by 14 A-list crime writers including Dennis Lehane, Harlan Coben and Michael Connelly, and has received dozens of rave reviews. The Washington Post, for example, said the book “raises the bar for all books of its kind,” and Publishers Weekly said the main character, Mulligan, is “a masterpiece of irreverence and street savvy.”

Well, I must say first that I really enjoyed these excerpts! You definitely have a strong voice going on. :-)

And I like the way you handled the dialect. Stephen King does something similar on occasion with thick Maine accents, and it works well to just give a little flavor in the beginning, and then let the reader "hear" it through the rest of the book.

Thanks so much for sharing with us Bruce! Mulligan sounds like a great character. Hope to meet him up close and personal in your work soon!