What the Hell? The Secret Didn't Work! 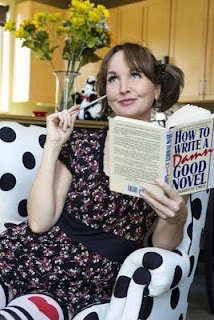 I had an elaborate spectacle of a funeral last December. Not for a dead person, but for a dead dream that I would land a mainstream publishing contract for my novel, Family Plots: Love, Death and Tax Evasion. This fantasy book contract was supposed to launch my bestselling writing, teaching and speaking career. Instead, the book was rejected SIXTEEN times. I was in a state of shock. How could this happen when I had watched The Secret and did everything it advised me to do in order to realize my dream of commercial literary stardom? 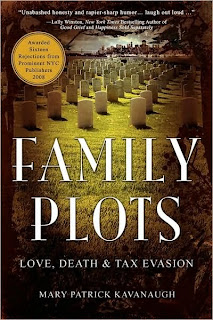 For anyone who’s been living in a cave for the last year, The Secret is a book and DVD that was promoted by our good sister, Oprah, one of my favorite people on the planet. It teaches you to get anything you want in life by following three simple (but not easy) steps. (1) Know exactly what you want and ask the universe for it, (2) Feel, believe, and behave as if the object of your desire is on its way, and (3) Be open to receiving it.

I was all over that, baby. And just like they suggested, I even created a vision board filled with the pictures of my desires—including having the book featured on Oprah! I hung this board in my closet so I could stare at in morning and night—become one with the vision and believe it was mine to receive. (Another reason I suspect they called it The Secret was that some of us felt it necessary to keep this practice a secret from our friends who would only worry if they knew.) But to clarify: I didn’t just stare at my secret vision board, and then ask, believe, and prepare to receive. I worked single-mindedly to make this happen, well before I’d even watched the DVD. I wrote four versions of the manuscript, over four years time. Before even finding an agent, I’d hired three professional editors who helped me cut, trim, revise, and re-pace. I spent another year finding the agents, who took me through two more revisions to polish the prose, and get it into the shape necessary to make it appeal to the commercial publishing world. Once it was in my agents’ hands, I hung my vision board, asked, believed, and prepared to receive.

Imagine my horror and confusion when what I received were sixteen rejection letters.
After this, I was more than a little pissed at The Secret. During my season of rejection, I spent night after night cocooned in the soft blankets of my bed feeling completely destroyed—like the caterpillar who had dissolved into goo, having no idea it would ever re-emerge into the light. I mean, come on: I’d asked. I’d believed. I was ready to receive. What the hell happened?
One of those miserable nights I had a vague memory of a member of Oprah’s posse (possibly life coach Martha Beck?) saying that you really had to let go of your idea about how something was supposed to happen to give it a real chance to succeed.

Hey, I thought. Was I trying to dictate to the universe HOW I was supposed to become a bestselling novelist, teacher and speaker?

The answer that came to me was a clear, YES, dangit. There you have it. Bossiness is one of my most annoying personality traits. And it occurred to me I was being bossy, even in The Secret life of manifesting my dreams.

I had to let go and trust, I thought, feeling cheerful for the first time in months. And what better, more respectful, way to let go than to have a full-blown funeral for this book—this little labor of love? If I had to kill the idea of winning the literary lottery and getting Oprah’s attention for my novel. I could at least have a party by publicly putting it to rest. And I’d invite friends and family to bury any dead dreams, bad ideas, or old crap that was getting in their way too.

We all need to take a lesson from Mother Nature: Things have to be destroyed in order for exciting new life to emerge—and I’m ready to make room for the new.

For self-help and spirituality, I like this Oprah pick better than The Secret. It makes the varying degrees of crap experiences—like pain, disappointment, and rejection—feel very important and necessary. With that wisdom, I can rest in peace with my book—which is currently being resurrected in a self-published form.

Information about Mary Patrick Kavanaugh and her novel, Family Plots: Love, Death and Tax Evasion, is available at www.mydreamisdeadbutimnot.com. Or visit her blog, www.crapintocompost.com, where she offers ideas and inspiration to help people transform life’s crap into compost.

Attention! Mary (aka Cemetery Mary) is holding a funeral (December 31, 2009) and resurrection (January 2, 2010). These two events will allow others to bury dead dreams, dashed hopes, old habits and grudges in 2009 so they can come to the resurrection to begin again in 2010. Information about the live and webcast events will be posted at www.CrapIntoCompost.com, so readers are invited to sign up for the mail list.
Posted by Marta Stephens at Monday, October 26, 2009

Oprah has it all wrong anyway. She's in it to make money and be famous, no matter what she may tell everyone.

Great post. Still sitting at the bedside of my dreams, dosing them with kind words and hoping for a miraculous recovery.

Thank you for a wonderful post, Mary. I laughed because so much of what you wrote applies to exactly what I did. And thought. Almost verbatim. I think it worked best for me to read The Secret first. Now that I've moved on to Mr. Tolle's, I think I was more prepared for what he had to say. Nice the way things work out like that.

Glad you went beyond those advice specials, to self publishing.

I enjoyed your post very much! Letting go of something can be the one thing that is required to getting the object of your heart. Seems to me the more you DON'T want it anymore, the more the Universe shoves it at you!

Great post! For what it is worth, the universe is a fickle maiden. I think it is great that you're self publishing. I'll be sure to buy your book.