The Series – Creating Stories at the Fireside 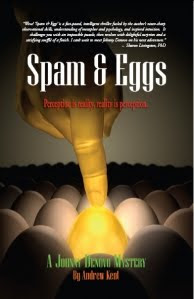 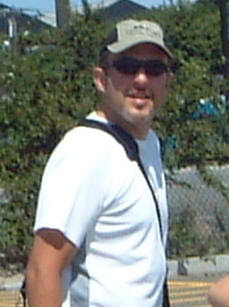 I’ve always enjoyed series – reading them, collecting them, pondering them and the anticipation they can create. I like watching authors take familiar characters and improvise with them against the constraints created by prior books and predicaments. I like searching for continuity, I like the accumulation of details, and I like the reinvention that series have to occasionally go through to survive.

But writing a series always seemed out of reach to me. Yes, the lone work, the standalone, the one-off – those I could do. But did I have enough storytelling in me to execute a series? 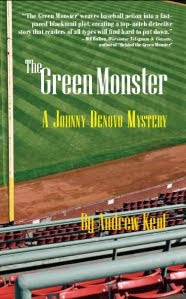 Writing comes easily to me. I like to dabble with ideas, and writing them out has always been a very effective way to understand what I’m thinking. I’ve used humor, prose, poetry, fiction, and drama to attempt to illustrate or explore some creative spark. But how do you go beyond the spark? How do you strike a flame? How do you create a cozy creative fireside from which you can tell numerous stories?

My series of stories started with a big idea that allowed me to see a pathway through literary concepts I could transform into fiction.

The idea emerged from research into the physiology of thought, and how humans reconcile external and internal phenomenon, objective and subjective reality, and cognitive and emotional realms by using metaphors.

A metaphor! It was a happy thought when I first encountered the research. I was an English major. I could feel this in my bones! This works for me!

Metaphors are useful to humans because they help us explain things we’re seeing for the first time or are finding hard to understand. They root the abstract or new into familiar reality. As a recent piece by Drake Barrett in the Boston Globe stated:

Metaphors aren’t just how we talk and write, they’re how we think. At some level, we actually do seem to understand temperament as a form of temperature, and we expect people’s personalities to behave accordingly. What’s more, without our body’s instinctive sense for temperature–or position, texture, size, shape, or weight–abstract concepts like kindness and power, difficulty and purpose, and intimacy and importance would simply not make any sense to us.

When I learned that researchers were using metaphors much in the way a detective might use them, I felt a surge of an idea – I could create a detective who used intuition and metaphors, much like Sherlock Holmes used deductive reasoning and physical evidence. It could be an elegant updating of the tradition, a way to leverage thought and language into the realm of the private detective.

And it could be fun. After all, wordplay, dialog, and mental exercises would be part of the drama.

But it couldn’t be too cerebral, or the fireside would soon be abandoned as readers grew bored and drifted away. It had to be riveting.

Yet I knew I had more than a spark of an idea. I had a steadily burning taper in my hand, a flame that wouldn’t extinguish easily. And since metaphors are abundant, I also could see that I had plenty of firewood for my storytelling sessions. Raw materials were suddenly everywhere.

I’ve written two novels so far using these ideas, and am working hard on the third. The detective’s name is Johnny Denovo. He’s world-famous, good-looking, and a combination of ex-neuroscientist and media creation. He’s pretty cool.

I chose the name “Denovo” since it comes from the Latin phrase for “of the new.” I wanted him to be a metaphor for the new detective, one that expands the bounds of how a detective might work. Also, since his backstory includes the fact that he shed his real identity in order to become this private detective, he was also new in another sense.

The first novel, SPAM & EGGS: A JOHNNY DENOVO MYSTERY, introduces the detective and his circle of friends and allies. It also was the first self-published book I’ve done. I work in publishing for a living, on the product development side, so I’d been watching print-on-demand and self-publishing for a while. When I found I had a book of my own, I decided it was only fitting that I give it a try.

Fortunately, the book has been very well received, getting better reviews than I could have ever imagined. But while I waited on pins and needles for the first reviews, I wrote and wrote and wrote, and soon a second book was completed, THE GREEN MONSTER: A JOHNNY DENOVO MYSTERY. It came out in September 2009.

My protagonist has to determine who is up to no good, which metaphors matter, and then he can turn these back on the perpetrators, anticipate their next moves, and even drive them over edge because he’s able to get under their metaphorical skin.

One clue he uses is to watch for metaphors. Often, people use them when they’re struggling to explain something, and it can signal deception. It’s the first sniff test.

There are plenty of other trappings for series. In fact, a highbrow concept is often the last thing you want as a reader, so I’ve buried the big concept in the more traditional things that make a series rewarding to read – great characters, witty dialog, fast action, interwoven social commentary or factual knowledge, and good plots that work both for each book and for longer dramatic arcs spanning several books.

For me, as an author, writing a series has been very rewarding. I really have to think through the characters, and since continuity is so tricky, I had to write a backstory for each. Also, I had to basically write the outline of the case in which my protagonist changed his identity and found himself thrust into the role of a world-famous private investigator. So there’s a more complete backdrop to the entire set of works, something I like and appreciate as a fan of series. I feel like I’m doing something I myself would like to read.

And, ultimately, that’s the test I keep holding myself to: Do I find it hard to put my own books down? Do I see it on the shelf across the room and remember it fondly? Do I see the two next to each other and think the combination is even stronger? Do I want to read them again? Do I want to write them again?

So far, all the answers have been “Yes.” And as long as I keep getting answers in the affirmative, Johnny Denovo will continue to snare high-stakes criminals by exploiting the metaphors of the mind.

Kent Anderson is an author living in central Massachusetts, writing mysteries under the pen name Andrew Kent. He's been in publishing for more than 20 years as a writer, editor, designer, publisher, and product development expert.
Posted by Marta Stephens at Friday, October 23, 2009

Great post, Kent. Thank you for sharing. I've written two sequels by accident. The only difference is the protagonist in the 2nd book was just a supporting character in the first. Hard to say goodbye to these characters sometimes.

"Metaphors aren’t just how we talk and write, they’re how we think."

Absolutely! I love reading about the process writers go through to finding thier story ideas. Everyone has a different technique and that' in itself is the makes us all unique. Thanks so much for sharing!

LOL I have the opposite problem - can't seem to write a one-off! All my stuff turns into series...

Kent, I loved this piece. (sorry I'm late to comment!) Your books sound outstanding, and I think they're next on my list to check out. I'm a series junkie, which is why (like SW) my books always turn into series! I only planned on writing one series in my lifetime, but now I'm on my second and a third beckons. LOL.