The future of book publishing. What does it hold? With Barnes and Noble unveiling its new Nook, can we really believe ebooks are a fading fad? Don’t think so. And can we coexist with the electronic version of our precious books, still hold the real thing in our hands in 2020?

The wave of the future, and I really believe this, is the ebook. That’s why I jumped on the electronic edition train, which if you haven’t noticed, is picking up speed. Not only did I go over to the dark side with ebook publishing, I also decided to self-publish. After seven mysteries in print through traditional publishers, I finally had the opportunity to experiment with doing my own thing. Here’s what happened:

My publisher decided to let my first book in the Gertie Johnson Backwoods Adventures go out-of-print right after the second one was released. I had a contract for three in the series and in case you don’t know this—readers like to start with the first one. Book three came out to great reviews. Still no reprint of book one.

According to my contract, MURDER PASSES THE BUCK had to be out-of-print for one year before I could have the rights back. I waited, plotted, and planned. The series was set in the Michigan Upper Peninsula and had regional appeal that I thought would continue. If Da Yooper Tourist Trap in Ishpeming, MI was still selling them, that had to be true, right? And ebooks sales were going up (according to Shelf Awareness ebook sales in August 2009 increased by 189%!).

One day there it was in the mailbox. A one-paragraph letter giving my rights back. All mine. Only I wasn’t allowed to use their cover art, something I hadn’t realized. No big deal. I didn’t particularly like the original design. I would do my own. Yeah, right. I discovered quickly that I had no design talent whatsoever and hired Patty G. Henderson (http://www.pattyghenderson.com) to do her magic. And she did, making the cover of MURDER PASSES THE BUCK pop and sizzle.

The next step was putting it on Kindle (http://dtp.amazon.com). The process was quick and painless. If I can follow Kindle set-up instructions, anybody can. Trust me. I’m usually clueless. Here’s how:

1. Sign up. If you have an Amazon account, you are set to go.
2. Enter product details – title, description, keywords, categories, etc.
3. Upload the cover image using one of several formats. I use Word, so I uploaded the book in .doc format. Easy!
4. Determine a price.
5. Preview.
6. Publish.

The hardest part was deciding how much to charge. A high price, I thought, would mean fewer sales and I wanted readers to purchase this one and go on to read MURDER GRINS AND BEARS IT and MURDER TALKS TURKEY, rights that still belong to my publisher, but not for long. I priced MURDER PASSES THE BUCK at $3.99 and hit the publish button. Note of interest: Amazon pays the author/publisher a straight 35% royalty on every sale.

My Kindle page even had a sales report, updated daily so I could watch sales. All I’m going to say about that is – I’m very happy with the results.

So thrilled in fact, I used Amazon’s Createspace to publish MURDER PASSES THE BUCK in trade paperback format.

But that’s a whole nother story.

Right now, I’m off to put my book on mobipocket and Sony and Smashwords and iTunes.

Like STAR TREK’s Borg would say, you WILL be assimilated. Resistance is futile. Take my hand. There’s another world to explore. 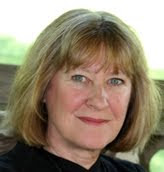 Great post! Ebooks are definitely here to stay. I don't think they're going to eliminate print books, but I do think they will exist side-by-side, and anyone who doesn't try to take advantage of ebook avenues is going to be missing out.

I have a novel coming out with Simon & Schuster in the spring, and it says "available in ebook format" right on the cover. So even the big guys are trying to figure the ebook market out. :-)

Deb, this is a wonderful post! Your books sound great! I love the new cover design and will keep your artist's address handy in case I have a need. I do love designing my own covers, but sometimes I think I'm deluding myself. LOL. My pub, Twilight Times Books, releases both ebooks and print books simultaneously. Funny, when I first went with them I was almost embarrassed that they started out as an ebook publisher. Now I realize the ridiculous nature of my fears. Ha. They were ahead of the curve, and still are. More power to ebooks!

Thanks for visiting us here at MB4 today and for sharing your story. ;o)

Getting your rights back is a big deal. Congrats, Deb. And now it's in Kindle. You must feel as if you're getting a second chance. Bravo. Last I looked, Kindle wasn't available in Canada. Maybe by the time I gets my rights back it will.

Things are moving quickly and perceptions are changing. A while ago, I never would have believed I'd promote self-publishing, POD, and electronic formats. Now, I see them as additional opportunities.

Hey Deb, this was quite informative. Both of my books are in print and in e-book format. I never bothered to promote the e-books though. I may need to rethink my strategy.

Thanks so much for sharing your experiance with us!

Thank you, Deb, for the kind words about my book cover designs. I enjoy doing book covers almost as much as writing. And I'm one of those authors who believes in the power of the independent author and self-publishing, including e-books. I have my own imprint, Black Car Publishing.

I do have an online portfolio of my book cover work and if any of you would like to take a look at some of the covers I've done, here is the link:

Deb, it has been a pleasure having you on MB4 today! I hope you continue to have great success. I am off to look up Murder Passes the Buck and to get started on my Deb Baker collection!
kim