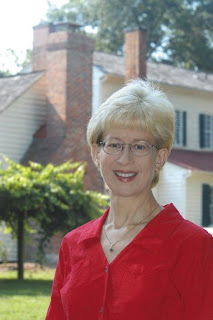 Ever picked up a novel or sat down to watch a movie, and you realized that all the characters, even the protagonist, were plastic? Of course you have. Seems to be one of the scourges of the entertainment industry lately. Sometimes stereotypes make situations and plots so predictable that you abandon a book or movie as a waste of time. Pondering it later — because you as an author are always turning that stuff over in your head to decipher what went wrong — you realize you've seen that same character type done elsewhere, and done far better, well enough to hold your interest.

What's the difference? What makes the same sort of character come off as two-dimensional and worn out in one setting and fully alive, fresh, and unique in another? Furthermore, how can such flexibility exist, novel after novel, movie after movie, for what's basically the same "type:" a bold hero, a dastardly villain, a humorous, brainy, or sexy supporting character? 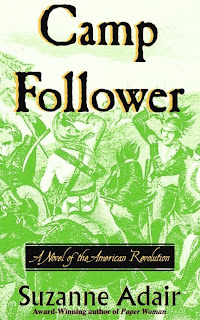 An original pattern or model is often referred to as an "archetype." The psychologist Carl Jung took archetypes a step further — said that they're drawn from the experience of a race and are present in the unconscious minds of individuals. Archetype is quite a "buzz word." The business industry capitalizes on the concept with self-help books that promise to identify your archetypal management style and fix your deficits. In his classic book, The Writer's Journey: Mythic Structure for Storytellers & Screenwriters, Christopher Vogler relates these archetypes to the functions or purposes of characters in fiction.

Of late, archetypes have received a bad rap. According to Vogler, the most common archetypes are hero, mentor, threshold guardian, herald, shape-shifter, shadow, and trickster. That gives some novelists and screenwriters the green light when plotting; they presume that all they have to do is include a protagonist who is all death defying action, a smart friend who advises the protagonist, someone who tries to talk the protagonist out of action, another person who brings the protagonist news of change, a character who changes his or her side of the fence, one who strives to defeat the protagonist, and a goofy clown.

Writing those archetypal characters as such is a surefire way to create stereotypes. That's because you've deployed them as mere plot devices. Not only are there are more than seven archetypes out there, but no real person on the face of the earth is pure hero, mentor, threshold guardian, herald, shape-shifter, shadow, or trickster. We are each blends of archetypes, presenting different masks of ourselves to accommodate different situations.

You the author strive to make your characters feel like real people, people your readers recognize from their lives. If you want your readers to continue reading your books, your audience must relate to your characters. The only way you can achieve this relationship is to tend to each character individually. You must resist growing lazy with secondary characters, just because they aren't protagonists. Your protagonist is on a journey in your story, but so is each supporting character. Some set of forces brought the supporting character to the point where he or she interfaces with the protagonist. To some extent, dependent on the character's importance in the story, you must show how those forces shape the character.

A common characterization error in novels and movies is presenting a protagonist who embodies good and strength and a villain who embodies evil and weakness. Writers and even movie editors presume that by paring characterizations down to the bone thus, it creates simple, easy-to-relate characters for an audience. What it does, though, is strip power and dimension from characters, particularly the protagonist and antagonist or villain.

For an example of how this works, look at the movie "The Patriot," released in 2000. Like the latest release from my series, CAMP FOLLOWER, "The Patriot" draws off the real historical characters of Francis Marion and Banastre Tarleton in the Southern theater of the Revolutionary War. In "The Patriot," Marion and Tarleton are fictionalized as the characters of Benjamin Martin and William Tavington. Martin the hero, depicted as a benevolent widower and loving father who is also kind to his servants, goes on the warpath against the redcoats only when the war comes to his doorstep. His decision to embrace violence in guerilla warfare is interpreted as righteous anger. Tavington the villain is depicted as a man without scruples or restraint, a demon hell-bent on butchering civilians and destroying buildings, crops, and livestock for sport. Good vs. evil, strength vs. weakness.

Critics complained that Martin and Tavington came off as comic book figures, wholly predictable in their actions: in a word, boring. Sample outtakes from the movie, available on the DVD, divulge an astonishing lack of insight from the editors. What didn't make the final cut were scenes that reveal Tavington's vulnerability and appreciation of nature. Had those scenes been included in the final release, the audience would have had to process a deeper, more complex villain.

Developing the villain's characterization beyond mere archetype paradoxically demands fleshing out the hero's characterization. That's because audiences for movies and books expect the villain and the hero to be worthy of each other, in parity, and not necessarily polar opposites. Only then is the struggle between them perceived as worthwhile.

Historically, both Francis Marion and Banastre Tarleton were what I consider "gray" characters, embodying both virtues and flaws. Historically, they were opponents worthy of each other. That's what I attempt to capture in CAMP FOLLOWER — no easy task when history is written by victors who paint in stark stereotypes.

The Merriam-Webster's Collegiate Dictionary defines a stereotype as something conforming to a fixed or general pattern. Note the key words "conform" and "fix." In developing any character based on an archetype, you don't want to produce a conventional, rigid character. The wisest use of archetypes is as a scaffold upon which you layer the personality traits of each character, tailored to the theme of your novel. That way, you'll create characters who aren't stereotyped and trite, but archetypal characters who are unique and somewhat unpredictable. Relatable, like people you and your readers recognize, find interesting, and are worth visiting again and again.
* * * *
Suzanne Adair won the Patrick D. Smith Literature Award from the Florida Historical Society for PAPER WOMAN, the first novel of her mystery and suspense series. THE BLACKSMITH'S DAUGHTER and CAMP FOLLOWER continue her fictional ventures into the Southern theater of the Revolutionary War. For more information, visit http://www.suzanneadair.com/.
Posted by Marta Stephens at Friday, November 21, 2008

You're so right, Suzanne. Far too many cardboard characters exist in films and books today. It's amazing they slipped by editors.

But there are improvements. Case in point: today's James Bond verses the James Bond from the 60s & 70s. What a contrast. He's appealing, flawed, and heroic.

This summer, I had two readers comment on how evil and exciting Miquel DeOlmos is in my suspense thriller Dead Witness. To know that they got what I tried to do was rewarding. I wanted the reader to admire my bad guy eventhough he spends most of the story trying to find Valerie so he can kill her.

I think the conflict of being attracted to that bad boy image, yet knowing you shouldn't be, is one reason some stories are memorable while others are forgotten.

I'd rather have my book remembered for its charismatic antagonist rather than its too-good-to-be-true hero.

Hi Joylene, I wonder whether the cardboard characters "slip by," or editors are just under too much of a time crunch to get the novel/movie out the door. I haven't seen the blond Bond, but I hear he has a personality layered beyond the mere "shaken, not stirred," which would be a definite improvement. Movies and novels in which the villain upstages the hero sure are interesting, aren't they? Congrats on creating a memorable villain for your book! Suzanne

Here, here to the new Bond. Really like him better than the others... Okay, Shawn C. is still mighty hot, but ...

One thing I find useful to do when developing a new character is to write back a story (a page or two) for my antag. I need to understand who shaped their lives and what has brought them to Harper's (my protag) turf.

This exercise helps to reveal their soft as well as their evil side.

Some have told me that they sympathized with some of the villains in my first book. I found that very interesting.

Suzanne, thanks so much for posting on MB4. Best of luck with "Camp Flower."

Suzanne, what a great post. This is probably my biggest struggle in writing, but the most fulfilling when I get it right!
Glad to have you with us :)
Kim

Marta, hmmm, I guess I need to see the new Bond. When I'm creating villains, I'm not nearly as organized as you are. I get to a point about 1/8 into the first draft where my characters take over, so I sit back and let them have at it. My protag and villain start playing off each other. I'm a "pantser," so that may have something to do with my less organized method. Thanks for the opportunity to post on MB4.

Kim, thanks for the kudos. Yes, it's soooo hard keeping characters from sliding into stereotype. Sometimes, when I realize I need a little more layering on a character that I've worked on over and over, I just want to scream with frustration. But what a terrific feeling when readers compliment you on characterizations. They have no idea how much sweat went into it.

I gotta say, Suzanne, your bad guys scare me. And you know which one I mean!

Hi Lonnie, yeah, I know which one you mean. Aren't you glad he doesn't reside in *your* head? :-) Thanks for stopping by! Suzanne

Suzanne -- when you finally get around to watching the new Bond, rent "Casino Royale" first. The Bond movie in theaters now takes up where that one ended.

Great post -- that the Hero's Journey is really just a starting point.