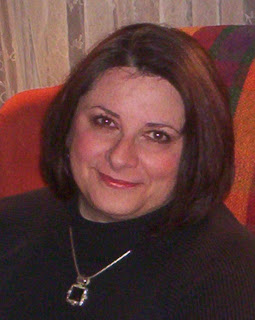 © Marta Stephens 2008 all rights reserved
I was preparing for a talk at one of our local libraries last week and as always, I tried to anticipate the types of questions those in the group might ask. One point of interest that always comes up is Internet marketing/exposure.
Since one of the best tools at my fingertips is my website, I decided to take a look at the number of visitors I had received since I launched it on March 12, 2007. The count: 21,786 visitors (not hits--visitors) from 109 countries.

Man, if I couldn't only turn those numbers into sales!

I'm really not surprised by the figures. The site has always received a high volume of traffic but knowing this is why I update my site regularly, include a variety of articles and information, and try to make it as easy to navigate as possible.
When I designed the site, my primary goal was and still is to promote the main character in my series, homicide detective, Sam Harper. Aside from the expected "Author Bio" and my articles, it's his voice readers will find on my site. The home page allows the reader to sit a spell with Harper and "listen" to him talk about his current case. Lately, "The Devil Can Wait" has been on his mind. This case was declassified (released) this week which makes him very happy because now he can tell you all about it.

The following message is:
"From the Desk of Detective Harper." 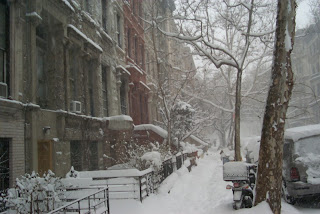 It's snowing again. Big wet flakes plunge from the evening sky to the streets below. From my fourth floor window the scenery looks as peaceful as the pictures on the Christmas cards Emma keeps on her desk. But the new layer of snow reminds me of the bodies piling up in the morgue. I close my eyes-each victim's face flashes before them.
I curse under my breath and try to make sense of the killings.
Superstitions and biblical prophesies-old wives' tales told to scare the shit out of weak men, and innocent children. Delusions of twisted beliefs rule the mind, poison the heart, and push unsuspecting fools to the brink of insanity.
To hell with what anyone says. There's nothing supernatural about those boys we 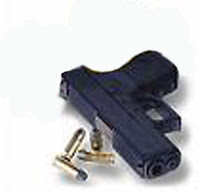 pulled out of the bay. They were dead long before their bodies surfaced and washed ashore. It was the water and natural processes, not demons that left us with little more than the discarded remnants of a madman's fury. Yet the crimes are precise, planned like a well-choreographed dance, but even the most deliberate acts of violence are rarely perfect.
On the streets, tinsel and bright colored lights can't mask the undercurrent of fear that has spread through the city and reporters are pressing for answers. All I need to hear is a slip of the tongue-just one mindless deed and the killer is mine. But solutions are in short supply and every minute measures another segment of time without answers. One inaccurate statement from me is all it would take to feed the media frenzy. This pack of journalists can lick their lips and starve before I'll give them a crumb to feed on.
It's later than I intended to stay. I've thumbed through the case file a million times and the lack of evidence stings like a sharp blow to the jaw. Facts seem distorted, leads haven't panned out. Just when I thought I was close, the evidence pointed in a different direction. A familiar, unsettling jerk in the pit of my gut yanks harder with each ring of my cell. I know what's coming. Don't need to answer the call to know the killer has struck again. This time, that nagging little voice in the back of my head tells me I'm in for a long ugly chase down a narrow path that leads straight into hell.

The picture added with the words strikes such a cord. You've given Sam a voice, Marta. Readers are going to be talking about this admirable character for a very very long time.

I can't wait for my copy! I'm so proud of you. Bravo, my friend.

Marta - I thought I'd commented on this one, guess it was in another forum. Superb representation of one helluva police officer.

Sam - hang in there. You'll nail the bastard soon. I trust in you and your tenacity!