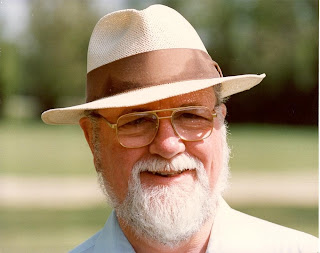 I don’t say this as an editor looking for work, but as
the published author of nine books.

From my own experience I know that a writer becomes too emotionally attached to the story and the characters to be able to take the detached, dispassionate view of the manuscript necessary for the final preparation for publishing.

Modern publishing is an expensive business and unfortunately this has resulted in most, if not all, of the major publishing houses seriously curtailing their acceptance of manuscripts from new or unknown authors. It seems sometimes that the route to getting published is to be famous or infamous in some other field and you will be published regardless of the quality or even the real interest of the book. Previous best selling authors with a good track record are the obvious exceptions to this. Where then are our new and developing writers to come from if no one will publish them?

Some, like the author of the Harry Potter Series, strike it lucky although even she met many previous rejections before someone spotted her potential. There are many good writers who do not get beyond the impersonal “Thanks but no thanks” rejection, often following an, at best, cursory glance at the manuscript by an inexperienced junior of the publishing house.

Unfortunately, a large number of rejections are the fault of the author. Such rejections can be avoided by studying a publisher’s lists. What does that house publish? There is little point in submitting a fantasy novel to a publisher which specialises in serious, literary fiction. Yet many first time writers employ a scattergun approach hoping for a lucky hit and simply waste time and postage.

I have even had an author whom I had edited on a freelance basis question my suggested list of publishing houses on the grounds that some I had omitted “might just be interested.” This she said despite the fact that two of the houses she was anxious to try had never published her genre, Young Adult Science Fiction, and in their submission guidelines explicitly said they would not accept such submissions. 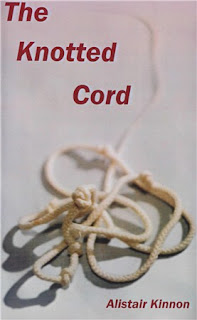 I made the mistake of approaching a publishing house in London, England with my murder mystery, THE KNOTTED CHORD, only to get a very nice personal letter from the company president to the effect that he had thoroughly enjoyed the book himself, but that his readership was not quite up to such an unpleasant topic and the provincial setting would be unfamiliar to them. He did send me their list and I saw that although they did publish mysteries, all in the list would be classified as cozies set in rural England and THE KNOTTED CHORD was certainly much stronger meat. The provincial setting was, incidentally, Toronto. Perhaps a mistype on his part for colonial? However, I did learn to research publisher’s lists.

This type of misdirected submission does occur frequently.

So it is essential to know the target market and concentrate on publishers which cater to that field. Get the submission guidelines and for each publisher, for each submission, tailor the submission to the requirements. It is surprising how many manuscripts are rejected out of hand before they have even been seen by an editor because some office junior doing a triage of submissions can at a glance see they don’t fit the guidelines.

Manuscripts should be checked and double checked for punctuation, spelling, grammar, and typos. Spellcheckers cannot be relied on to produce fault-free manuscripts. They are useful, but authors must reread the manuscript thoroughly from beginning to end in spite of having used a spellchecker. The occasional spelling error will not particularly worry an editor but repeated errors such as, “here” for “hear”, which make it obvious that a spellchecker has been used carelessly without a reread will certainly result in the manuscript being returned for the author’s review if not an outright rejection. This is not, as some authors think, expecting the author to edit the work, but simply anticipating a professional submission ready for a critical edit.

I had one author whose manuscript was so full or errors of commission and omission that I gave up half way through my first read. In his reply to my letter explaining why I was returning his work he said, obviously I did not understand that the function of an editor was to “massage” an author’s excellent ideas into publishable form. I did at one time do such editing for a fee and there are many editors who will undertake such pre-edit work.

When an author is finally assigned an editor, it is time to put ego on hold. It is not easy to have someone who has not toiled and sweated over the manuscript say of some cherished piece of prose: This is not relevant to the story. It neither advances the plot nor the characterisation and adds nothing. Drop it.

Unpleasant though it may seem, this is the editor’s function. He or she comes to the manuscript fresh, a new reader with no emotional ties to it.

This does not mean an author cannot discuss recommendations and changes. Editing is a two way street. Something an editor does not like might well be better rewritten or rephrased by the author. What has to be avoided at all costs is for the author to adopt the attitude that his or her words are sacrosanct. This is a sure route to rejection of the current piece and all future submissions. For the publisher the editor’s word is final.

Many publishing houses still work with paper manuscripts, typed, of course, but others have moved to electronic submissions and it may be of some interest to outline how one such house, Bewrite Books, handles this.

The submission guidelines clearly state how the manuscript should be laid out including the font and size preferred.

The assigned editor will read through the manuscript in its entirety before considering any editorial changes. On a second read he or she will start to make comments. We use the comment function in Word for this and expect authors to be, or to become, familiar with this. Having gone though the whole manuscript in this fashion the commented version is returned to the author. The author in his or her turn can accept recommended changes or suggest alternatives, as appropriate, and attach his or her own comments. This email exchange continues until a comment-free version is achieved which is then the author/editor agreed final manuscript. The author and the editor both receive copies of the PDF created by Bewrite Books for final proofing before it is then proofed by at least two other readers. The author and editor cannot make any additions or changes to the PDF beyond correction of errors of omission or commission incurred in its creation from their author/editor agreed manuscript.

Having just submitted the final segment of my Hunt trilogy to my editor, I commented to a writing group I meet with, “The shoe is on the other foot and I am now remembering how bloody minded an editor can be.” However, when asked if this experience would soften my future edits I had to admit, “No, it wouldn’t.” An editor’s job is to get it right.

Hugh McCracken was born in Glasgow, Scotland and had his early education somewhat interrupted by evacuation during World War II. After taking a degree in Chemistry and Mathematics at St Andrews University he worked for some time as a Chemical Engineer before becoming a teacher.

He, his wife Lyn, and son David, relocated to Canada in 1967 where his second son, Iain, was born. While teaching in Canada, Hugh completed a Bachelor's degree in Education and a Master's degree in Educational Psychology at the University of Manitoba. Hugh now lives in Ottawa to be close to both sons, daughter-in-law Allison, and three grandchildren. For the past ten years Hugh has been a freelance writer and editor, although he started writing much earlier. Hugh is senior editor at BeWrite Books (UK).
Posted by Marta Stephens at Monday, June 30, 2008

Hugh, thanks so much for sharing your experience and insight!

Very good advice, Hugh. I once reformatted without checking & learned too late that all my "believe" became capitalized. Yes, even those in the middle of a sentence. It was an embarrassing lesson. Turned out I used the word too often.

Sounds advice, Hugh. Thanks so much for guest blogging with us at MB4.