Tools of the Writer's Trade 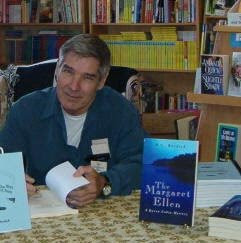 "Writing requires tools?" Absolutely, but fret not, as a writer's tools are not found in your typical box of wrenches. You see words are the writer's tools. Each writer has a storehouse of these tools, of course, so what is it about this abundant commodity that separates the wannabe writer from the master wordsmith? Quite honestly, it's the same measure separating the neophyte and master in any endeavor: expertise—a quality acquired through practice.

"Yes," you may argue, "practice is fine, but there are a plethora of how-to and self-study books available to all writers, whether targeted to the beginner or the accomplished."

This is true; however, no array of books can negate the just-stated fact about practice. But just any practice will not suffice. What's the best path? For our purpose, let's assume decent mastery of spelling, punctuation, grammar, and mechanics. With these skills under control, anyone could string words correctly, but the excitement of such would read on par with a technical manual. What's missing? The "word picture," an image produced by the writer with use of concrete details, an essential "practice" all writers should include in their writing.

To see this at work, think of the adage about a picture being worth a thousand words. This is true, as abstract words provide only a cloudy sketch of a scene whereas vivid words paint a picture and bring a scene to life. With children's books this goal of vivid over abstract is accomplished with pictures that capture interest and lead the child through the story, an approach truly worth a thousand words. Adult writing is different, of course, but it's still the vivid scene, produced with words instead of pictures, that captures and maintains reader interest. This holds true whether writing a novel or a letter to a friend.

As just mentioned there's an array of how-to books addressing this aspect of the writing craft, each brimming with examples and all worth learning, but for now let's touch on just a few of the elements guaranteed to breathe life into the most mundane writing.

One item to consider is the SIMILE, a figure of speech that compares one thing to another. Do you remember this famous one by Tennessee Ernie Ford? "He was as nervous as a long-tailed cat in a room full of rocking chairs." With this simile a reader can readily see the character's uncertainty and fleeting eyes whereas to have said, "he was nervous" would only convey fact, not image.

Then there's the METAPHOR, a means of transforming one thing to another as opposed to comparing. "The First Sergeant was a bull dog, snarling and barking orders at the new recruits." In these few words of transformation through metaphor, the reader easily sees this character's demeanor.

Remember, however, figures of speech are imaginative expressions not to be taken literally. The words AS and LIKE introduce a simile. With a metaphor the introductory word is WAS. Also keep in mind that while simile and metaphor will liven your writing, too much of a good thing can be bad. As in all aspects of writing, balance is the key.

Another helpful item is to search for areas in the writing where you can convey a picture without actually instructing the reader in what to see. The how-to books refer to this as "showing, not telling," and it's easy to do. How about showing an old and battered car instead of simply stating its condition? "As I approached Jerry's apartment, I saw his Honda Civic at the curb. Two of its tires were flat and the vehicle's color, once the shade of ripe sugarcane, was now streaked with rust and blotches of body-shop primer."

The flip side of the above approach also works well—conveying a picture by stating what something is not. Direct question: "How was your trip to the Bahamas?" Indirect answer: "We didn't find the Blue Lagoon." In using this approach of conveying an image, the writer allows the reader to imagine WHAT IT IS by simply stating WHAT IT IS NOT.

And don't forget action verbs, as many fail to convey full sense or deeper meaning of how the action was done. A good example is a character walking from one point to another. What picture does this convey? Actually, there's none. How about strode, which is to walk with long steps, especially in a hasty or vigorous way? Need a different image for your scene? Maybe lumbered is your word—to move clumsily or heavily. Or how about ambled—to walk slowly or leisurely. Each of these words describes the action of walking, but they also carry specific image within their meaning. This is the word picture using concrete details.

Don't stop here, however. Nouns can also be weak at times, so replace them with ones brimming with detail. Is the dwelling in your scene a large, lovely, sprawling home? If so, sharpen the image by saying the home was palatial. Other ubiquitous examples might include a tree, a dog, or an aircraft. Give these items life by making them specific: a stunted juniper, a blue-eyed Dalmatian, and a Lockheed L-1011.

Words are the tools of the writer's trade, and one of the best tricks of this trade is creating the word picture—a practice all writers should master.

***
R. C. Burdick began writing for publication in 1982. He has published dozens of articles and short stories and also counts two mystery novels among his credits: THE MARGARET ELLEN (2004) and TREAD NOT ON ME(2005). Additionally, his short story collection, STORIES ALONG THE WAY, won the 2002 Royal Palm Book Award. As a contributing writer his work has appeared in the Chatsworth Times, The Time Courier, and The St. Petersburg Times. His work in progress includes Death At Bear Creek Summit and Bottom Feeders, a sequel to The Margaret Ellen. Since 2001, Burdick has also been a columnist and contributing writer for Inky Trail News. Visit www.bobburdick.com for additional information.
Posted by Aaron Paul Lazar at Friday, June 13, 2008

Great piece, Bob, with wonderful advice. Thanks for coming over to MB4 this morning!

If anyone would like to read reviews of two of Bob's books, check them out on my "recommended reading" page at www.legardemysteries.com. I adore his mysteries and can't wait for his next release. :o)

Bob, this is a keeper. Great advice. As I read your article, I did a mental checklist of the things I do with my writing to make sure I'm getting it right. Thanks so much for joining us here at MB4.

This was most informative. Thanks for sharing it :-)
Jean pike

I enjoyed this practical article on the craft of writing and will pass the link on to my readers.