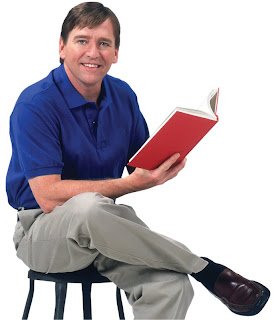 * * *
Author Bio: Darden North, MD, is an obstetrician/gynecologist practicing in partnership at Jackson Healthcare for Women, PA, in Jackson, Mississippi. He is a member of the American Medical Association, the Central Mississippi Medical Society and the Jackson Gynecic Society, as well as a fellow of the American College of Obstetrics and Gynecology. He is completing his second term as chairman of the board of Mississippi Health Partners, a Physicians and Hospital Organization. North is a diplomat of the American Board of Obstetrics and Gynecology, maintaining current board recertification in his field.Born in Jackson and reared in Cleveland, Mississippi, he is the son of Evelyn Hays North and the late Linton Darden North. North and his wife the former Sarah "Sally" Buckner Fortenberry are active members of their community and have a son and daughter, William Darden and Anderson Eleanor. The family of four continues to make its home in Jackson with its 15-year-old cat, Tuxedo, and a 10-year-old Sheltie, Rogue. More recent additions are Valerie, an active Chihuahua puppy, and Bandit, a yellow lab puppy who attends Ole Miss with William.In addition to practicing medicine, North has entered the realm of writing and publishing fiction, recently completing his first mystery thriller novel while also pursuing interests in hunting, gardening and following the Ole Miss Rebels. He participates in the local Southern Writers Group and attended the 2005 Oxford (Mississippi) Conference for the Book.
http://www.authorsden.com/dardennorthmd
Posted by Marta Stephens at Friday, June 20, 2008

Very impressive for a virgin! You are much younger than I realized! Keep up the blogging as it helps novices like me and we can all use some encouragement along the way. Can't wait for your third book!

congrats dr. north! i'm impressed! you are a wonderful author, as well as OBGYN! i can say these things after reading your work AND after you delivered both of my children!!!
good luck and keep the blogs coming!
Mary Katherine Segrest

Thanks so much for this piece and for joining us here on MB4 today! I hope you'll stop by often and comment on some of the other posts.

Thank you, Anonymous, for the 'You are much younger that I realized!' comment. Also, thanks to airbrushing. By the way, I as well can't wait for my third book.


And to M.K.S.--- I am so proud of you and your family and look forward to the years ahead. Thank you for all of you rtrust and support.

That last post threw me as I am also an MKS lol. But as I have never met you, I quickly understood.

I am proud to say you and I have many similar interests. One of them being, will the Rebs beat Memphis this year????

I am just south of the Memphis stateline, in the burbs. Both of my kids go to Ole Miss (and all of my extra money) so I was excited to know I am not alone in the college kid life. And of course, the genre we play in, yeah. Similarities.

Writing is just a trip, plain and simple. Glad to have you post with us.
Kim

Hello Darden, Glad things are going so well for you. Each day brings a new experience. Hopefully, I too can start attending some of the booksellers & publishers venues next year. I am in the process of preparing a publication to be released for Domestic Violence Awareness month. When I grow up, I want to be a successful writer like you. (I'm only 65). LOL
Voncele (www.savagehouse.net)

Hey, Darden. Pretty darned good job of blogging for the first time! I thoroughly enjoyed your piece, and hope you'll come back frequently to blog with us! Best of luck with your new release!

Isn't BEA an overwhelming experience? For a book person, it's like being a kid in a candy shop.

Your first blog entry is terrific. There is a movement in blogging towards mini-blogs; think Twitter. It may make regular blogging easier with smaller blog entries.