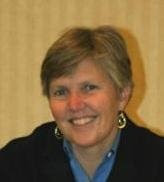 The lights flicker. A floorboard in the hallway groans. The woman in bed reaches into the bedside table. A mere 22 words and the reader has to turn the page to find out what happens next. How do you guarantee that your readers will turn the pages in your novel?

Writing something fresh entices a reader on the most basic level. A situation they haven’t read about before from a perspective that hasn’t been explored by hundreds of other authors. But the tension that keeps a reader hooked after five chapters or ten is something else altogether. Agents and editors call it NARRATIVE TENSION, and they reject nine out of ten books because it’s missing.

For me, it’s the hardest thing about writing. As the author I’m fascinated with my characters and their dilemmas. I created them after all; they’re like my children. But readers have no such predisposition to love what an author loves.

Luckily you don’t have to reinvent the wheel. There are techniques to create page-turning fiction. Some are simple and some take lots of practice. Here are a few of the ways that work for other authors. From easy to harder:

Never start your chapters where the last chapter left off. Leave your character hanging from the cliff, and move to a different character in a different place. The reader follows you, but in the back of their mind, they’re wondering how this is going to bring them back to the man hanging over the roiling river.

Each character needs an issue or dilemma (or more than one). So that each decision he or she makes has a ripple effect on the other characters. If Mary decides to have the baby, Joe has to admit to his wife, he’s been having an affair. Your chapter is all about Mary, but your reader is madly reading to find out what Joe does when he learns Mary’s decision.

Unexpected actions create mounting obstacles. Bruce Willis in his DieHard series is the king. No sooner does he chase the bad guy up the tunnel in a stolen truck, then the tunnel starts to flood and he has to get out. Ian MacEwan in Atonement makes his protagonist envious and when she fabricates a tale out of envy, it has unexpected consequences. Her life changes, but so do the lives of everyone else in the story. Some writers use the ‘what if’ theory of writing here. They consider possible what ifs before they choose what will make the risk greater for their protagonist.

Careful here, because if you’re over the top with too many bad things happening to one person, a reader can turn away. Too incredible or too dark are the comments from agents who reject those manuscripts.

Another hint: Every decision has to have an up and a down side, so the reader has no idea which way it’ll turn out. This counterbalancing of forces—the cost of winning one thing is to lose another—is the stuff that makes a reader hang tough. They can’t predict and the only way to find out is to turn the page. John finds a letter hidden in his father’s desk. But it may tell him he’s not really his father’s son after all. Does he read it?

Keep in mind there are internal and external conflicts. The creaky floorboard and an intruder in the dark hallway are external conflicts. An internal conflict can be added to heighten the tension. Mary’s son died in a hunting accident. She hates guns. Or Tom fought off terrorists as a CIA agent years ago and he’s living a secret life away from the espionage world when the lights go out.

Internal conflicts are the link between your reader and your characters. A reader needs to like or at the least empathize with a character. Once the reader cares about Mary or Tom, they’ll care more when the choices get harder and the risk of failure is greater. Internal conflicts are also the stuff of classics. They produce the resonance that makes a story bigger than the simple action. More resonance means the book lives beyond the year it’s published. Why do men fight wars? How strong is a mother’s love? In Night by Elie Wiesel, a boy survives Hitler’s concentration camps, but it informs our understanding of endurance and commitment to family, the strength of the human spirit to overcome evil.

Think of your story like a Mardi Gras cake, that yeasty, swirled concoction with the hidden trinkets that predict your fortune. The cake is the story itself: the characters and their problems. The trinkets are the bits and pieces of narrative tension, baked into the batter so that they’re spread all through the dough. You don’t know which bite will yield the trinket that brings good luck or bad. But the cake’s too good not to eat. And the possibility of getting the prize is too tempting.
* * *
Sarah Collins Honenberger left New England for Virginia over thirty years ago, though she does some of her best writing by the ocean in Rockport, Massachusetts. Honenberger’s first novel was nominated for the 2007 Library of Virginia Fiction award. White Lies: A Tale of Babies, Vaccines, and Deception is a celebration of the power of friendship between two very different women, a small town divorce lawyer and the mother of a baby injured by a vaccine. Her second novel, Waltzing Cowboys, is scheduled to be released from Cedar Creek in January 2009. Trying to right an old wrong, an aging cowboy goes back to New York City to find the son he’s never met.

Honenberger’s short fiction has won prizes from Antietam Review, New Millennium, SouthLit, the HooK, and has appeared in other literary journals. She has taught creative writing at seminars and conferences for over a decade. An Oprah veteran for her essay, ‘Gathering Rosebuds: A Working Woman’s Manifesto,’ Honenberger writes about ordinary people and their struggle to find meaning in extraordinary events. More at http://www.readwhitelies.com/.
Posted by Marta Stephens at Monday, June 23, 2008

Excellent advice, especially regarding the chapters.

Sarah, this is a wonderfully informative piece. Thanks for sharing your insight!

I love the analogy of the Mardi Gras cake!! How great is that??

But hey--huge congratulations to Marta!

Wonderful piece, Sarah! And great advice. I write in first person POV, so it's hard NOT to have one chapter lead sequentially into another, but the point is to make my readers turn the pages so fast that their hair ruffles in the ensuing wind. ;o) Thanks, and please come back often to visit and post for us.