"Writing is like skiing - you will fall when you hesitate." 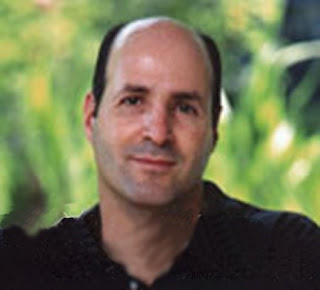 I came across David L. Robbins's article, Advice To Aspiring Writers early in my writing career while I was working on my first novel. At the time, I didn't know if my writing was marketable or if I would be fortunate enough to get published.

One thing for sure, I had found my passion.

His words not only inspired me to continue to work the craft, but they also encouraged me to give all I was capable of giving to my readers. As you can imagine, I was thrilled when he graciously agreed to let me post his article here in MB4. As I read through this great piece again, his words were as encouraging to me now as they were then. Best of all, through our communications I discovered that David genuinely does support aspiring authors, and so it is my pleasure to welcome friend and fellow author, David L. Robbins to MURDER BY 4.

About the author:
David was born and raised in Virginia and is a graduate of William & Mary, in Williamsburg, Virginia, with a B.A. in Theater and Speech. He didn’t know what to do for a living, having little real theatrical talents, so he decided to attend what he call the “great catch-basin of unfocused over-achievers,” law school. He received his Juris Doctorate at William and Mary in 1980. Robbins practiced environmental law in Columbia, S.C. for a year to the day (his father demanded back the money for law school if David practiced for less than one year – he quit two weeks before the anniversary but got his father to agree that two weeks vacation he’d accumulated could be included) before turning his energy to a career as a freelance writer in 1981. He began writing fiction in 1990. Since then David has published eight novels:

The Betrayal Game, released in February 2008. 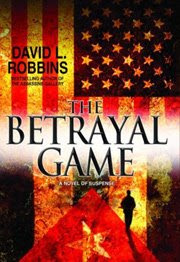 The Assassins Gallery, an alternate history political thriller supposing the assassination of FDR (Bantam in 2006); Liberation Road, a tale of the battle for France in WWII told through the perspectives of two minorities in the U.S. Army, a black truck driver and a rabbi chaplain; Last Citadel, about the great tank battle of Kursk on the Eastern Front of WWII (Bantam in 2003); Scorched Earth, placed in the American South, about a church burning and contemporary racism (Bantam, 2002); The End of War, about the fall of Berlin at the end of WWII (Bantam in 2000);. War Of The Rats, set during the battle of Stalingrad (published by Bantam in 1999); Souls To Keep, a cosmic love story (published by HarperCollins in 1998).

First, understand voice and structure. Writing well requires the study of your own most personal way of expression. Do not give in to the temptation to write like any successful author. Also, writing well requires the study of language and its construction, from sentence to paragraph to page. Use strong verbs, be selective with imagery and details, never forget that concision is precision. Pace trumps beauty and emotion, but have plenty of all three. Inspiration and talent can only carry you so far; effort and ability will do the rest. Also, be a voracious reader, and read only the best, not necessarily in your chosen genre.

Second, write boldly. Writing is like skiing - you will fall when you hesitate. Also, keep in mind that no one will be interested in anything you say if you cannot say it with verve, personality, and some skew. On this point, resist that old adage about writing what you know. To hell with that. Go learn something new, and come back to tell us about it. You'll find this a much more interesting and energizing platform than your own experiences or expertise. Use your life as a springboard, nothing more. You'll always write better from your soul and heart than from your memory.

Third, keep in mind that imagination is limitless. Do not, therefore, reduce your story to outlines and sketches, notes and 3x5 cards. You will make your story finite this way and it will suffer because it cannot grow beyond your outline. Juggle your story: by this, I mean keep eight balls in the air and only two in your hands. Let the story - the eight balls - float free, dangerously so. That's the beauty of watching a juggler: where will those balls fall? Chase your story, believe in your characters and follow them. Do not predetermine every step they take but record what they do, and do the recording breathlessly but with control, as if you just came inside to report an accident or a marvel you have just witnessed.

Fourth, wrestle to the ground the notion that editing is writing. When someone you trust - or you yourself - advises you to make some changes, and those changes make your story better, get on it with the same will and power with which you wrote the original lines.

Fifth, never write when you are tired, hungry, distracted, angry. Write only when you are at your best, when you are rested and fed, when it is quiet and you are focused, because the words you put down will be the reflection of everything you carry behind them. Make that reflection on still water, not ruffled.

Sixth, do not throw in the kitchen sink. Let some stuff that you think is interesting drop away. (see above: pace trumps everything). Do not write to impress your reader. Write to elevate, educate, and entertain. Let your reader think your story is smart or sensitive or brave, and forget making them think you are. This is a major earmark of an inexperienced writer.

Seventh, there is plenty to go around. In workshops or writers' groups, do not be jealous or harsh. One person's talent or good luck does nothing to diminish yours. Rejoice for your fellows who get a break or who write a wonderful piece. Give your best and gentle efforts to help a fellow writer learn, improve, and keep writing. If someone does well, or even gets published, they prove something important: that it can be done. This is the beauty of art: it is not a zero sum game. Be worthy of the work, and of your desire to write it. You can always be next.

Eighth, and most importantly, learn to accept the word No. Understand that No does not mean stop, it means only Not this direction. When an editor or agent says No, they are simply telling you to go another way, you cannot go through me. But there are other ways. No one must have the power to make you stop writing, learning, experimenting, or hoping.

When you're in need of a good dose of inspiration visit David's website for an Update on his writing, his research, and travels.
Posted by Marta Stephens at Friday, March 14, 2008

Hey David! Thanks for posting this great informaton. It has made my entire day, and week.

I can honestly say that none of the eight points overshadows any of the others. All of this advice is sound and needed.

Thanks for supporting aspiring authors!
kim

A wonderful list of profound writing truths - each point rang true and a few gave me shivers, in a good way. Thank you so much for posting this on MB4, and for your heartfelt advice.

Thank you for your kind advice, David. Writers of every genre should utilize the points you have so graciously presented.

If you follow the link at the bottom of the blot to David's website you'll note that he has been in the Orient for a few weeks doing research.

Not sure if he's back in the country or not, but I'm so grateful that he let us share his article with you. ;)

I especially liked Section Seven about being kind to others in judging their work. Wonderful advice that is applicable in many, many situations.