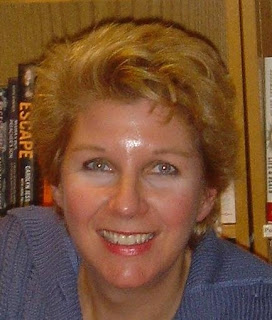 Felicia has spent the last ten years as the Information Systems Supervisor at a New England Police Department. In addition, she is the author of THE BLACK WIDOW AGENCY series of books featuring four women who use computer forensics and state-of-the-art technology to help other women. Prior to joining the Portsmouth Police Department, Felicia was a Technology Coordinator in a local school. 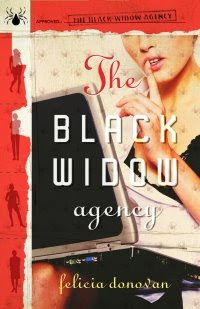 graduated from Dowling College with a Bachelor's degree in English Education. Felicia went on to become a teacher and has been published numerous times for professional articles.

In 1998, Felicia left teaching to embark in a new career in law enforcement. She is a member of the New Hampshire Police Association, the International Association of Chiefs of Police, Sisters In Crime, Mystery Writers of America, and the International Association of Crime Writers.
Felicia is also the founder and chairperson of CLEAT – Communications, Law Enforcement and Technology – a state-wide group of Law Enforcement Technology professionals who meet and communicate to discuss technology matters pertaining to police agencies. She participates in regular meetings of the NH State Attorney General’s CyberCrime Initiative. Her knowledge of and interest in the field of cybercrime is vast.

Felicia has received numerous awards and recognitions from Law Enforcement agencies for her work. She received recognition from the FBI for her digital photographic enhancement work in trying to identify victims of a child pedophile. In 2000, she received a commendation from her own department for her work in creating a state-of-the-art information sharing system. Recently, she was asked to be the keynote address speaker at US FIRST’s “Women in Science and Technology” forum.

***
The one thing that always amazes me when I talk to readers of THE BLACK WIDOW AGENCY series is when they ask if all that “stuff” is real. I’ve tried to be as realistic as possible, which inevitably leads to a few gasps. “Can you really find deleted files on a computer?” Absolutely. “Can you really tell where an e-mail is from?” Most times. “Can you really hack into a network?” Sometimes, especially if it’s wireless and unprotected. “Have you really seen dead bodies?” More than I care to remember. “Did you really help the FBI?” Yes, on a pretty nasty case involving child exploitation.

Twenty-five years ago, I bought my first IBM PC and my interest has never waned. I worked for years as a technology writer and then a Technology Coordinator and teacher before I joined law enforcement ten years ago as a civilian Information Systems Manager. I had no idea that my technology skills were going to come in handy at a case level but in fact, I was almost immediately asked to help the FBI out on a case. Shortly after, I was asked to recover files from a computer that had been stolen from a local business that had been completely reformatted.

So began my interest in computer forensics – the science of digitally recovering and restoring data. Since then, my department has established a specialized unit to handle all Internet crimes and I continue to work hand-in-hand with them. As a supervisor, I attend all Ranking Officer meetings and weekly supervisor meetings where we discuss on-going cases and crime trends. I’ve done the Code Three thing, read and reviewed tens of thousands of police reports to make sure laws were correct and mugshots were coded correctly, etc. I’ve spent time in Booking with people who have soiled themselves, am on call 24x7, and have seen lots and lots of dead people. My overall responsibility is law enforcement technology which covers a breadth of interesting topics including polygraphs, fingerprinting systems, biometric systems (iris scans), building security systems, stealth speed tracking, Shoot/Don’t Shoot systems, accident reconstruction systems, imaging, wireless technology, cruiser technology, as well as Police Records Dispatch systems and tasers (which have software). Tasers are non-lethal weapons that deliver a high-impulse electric charge that can incapacitate anyone in a matter of seconds. They've become widely adopted by police departments and use software that stores the information when they are deployed.

While my interest in computer forensics and cybercrime has led to many interesting opportunities outside of the department, it is always a challenge to try and stay on top of ever-changing technology. For every new operating system, e-mail program, image format, storage device - new forensic programs are developed or retooled to recover them.

Along with that, cybercriminals continue to prosper and that’s where my real interest lies and where the women of THE BLACK WIDOW AGENCY get their jollies, too. While Alexandria is packet sniffing for open WiFi networks, Katie is back tracing Identity Thieves while Jane is reluctantly trying her hand at on-line dating.

I’m often asked to do my “CSI vs. REALITY” presentation to audiences in which I debunk most of what is seen on TV. No, DNA results don’t come back instantly. They can take months, years even. Forensic exams of computers can take days, weeks, depending on the size of the hard drive being examined. Software programs exist that can cull through hundreds of thousands of image files and automatically detect potential child pornography. Facial recognition, despite what you see on TV, is still largely in its infancy in terms of accuracy. Especially popular is the “Fake vs. Real” section where the audience is asked to determine a PhotoShopped image vs. a real one. This issue has become especially important to law enforcement since the Supreme Court ruled in 2002 that computer-generated child pornography images are legal. Sometimes, it’s very hard to tell.

The best part of knowing about all this crazy stuff is getting to write about it while entertaining and, hopefully, educating others. I’ve been thrilled with the response to THE BLACK WIDOW AGENCY and these four crazy gals who fight chocolate cravings, hot flashes, and sometimes each other all while helping other women out. Long live the Black Widows!


To learn more about Felicia Donovan and her writing, please be sure to visit her websites and blogs.

Hey Felicia! Thanks for joining us on MB4. Your books sound just delicious -- my real life job (the one that keeps the bills paid) is as a network admin for a small remanufacturing co. so I will "get" a lot of what you say in these books. Gosh, I can't wait to get one in my hands!

Fascinating stuff - keeping up with the rapid changes in the world of technology has to be a full-time job in itself.

Felicia, what an honor to have you here on MB4! Thanks so much for this intriguing glimpse into your real life as well as your series. I'm going right over to check it out!

Fecilicia, I can only imagine how demanding your job must be. Do you ever find it difficult to devote time to your writing?

Thanks so much for your post. Best wishes on your Black Widow Agency series!

Great post, Felicia! Thanks for the prompt at Gether, Marta.

I was thrilled when Felicia agreed to be our guest here at MB4. Hope to see you here again, Kenna.

Wow! What a talented and gifted author and crime specialist! I can barely back up my itunes and Felicia is out there helping to keep us all safe...and then garnering wonderful stories , too. Brava! Thanks, Marta!

Thanks for sharing those insights, Felicia. You're living proof that a few career changes are very good for a writer..... I live by that maxim myself.

Thank you for the wonderful post. Had fun reading it. One of the most catastrophic media failures that can occur in a business environment is that of a RAID Array or company server. For these highly stressful situations, time is extremely critical. Many companies can lose thousands of dollars by the minute depending on the severity and size of the media problem. Therefore RAID Data Recovery is of utmost important.