You Can’t Possibly Think I Meant You? by Mar Preston 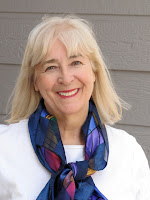 I thought the story about readers identifying with characters in your work was apocryphal.  When it happened to me with unpleasant results it surprised me.

In my first book, NO DICE, a character changes his name when he enters law school, hoping to disguise his perfectly respectable Latino background, but even more to distance himself from a brother who is a felon, well-known to the LAPD.

I named him something like Gomez, which he changed to Edwards. Now Edwards is a name that would fit in a blue blood catalog anywhere.  A big red, obnoxious Hummer had just charged in front of me without looking as I was driving home, scaring me witless. So in the next chapter Gomez/Edwards drives a red Hummer.  Never gave it a second thought.

The husband of a friend of mine suddenly began shunning me after NO DICE was published. He walked out of the room on my arrival, giving me a dirty look and making a stinging remark. Surprised, I asked her about it and she told me he had changed his name from Gomez and had I noticed that a red Hummer was parked out in the driveway?  He had read the book ragged, insisting to her he was portrayed here and here and here in the pages. I was amazed.

For some people there will never be enough assurance that the name of the villain came from your imagination. Or that you never meant the local handicapped Church Elder is not the hypocritical philanderer who appears in your book. They think the School Superintendent who has red hair must be the local politician on page 234.

Some of you may have had the opposite issue. What about the fiftyish beauty parlor-Big Hair lovely who just knows that you had her in mind when you wrote your heroine who is, yes, a blonde but twenty-six, lithe, and a Cambridge graduate? You smile and keep your mouth shut, that’s what you do.

I live in a California mountain village and just worked through a third mystery set here instead of Santa Monica. All my friends and neighbors are excited to read about themselves in this forthcoming book. Any fiction writer knows that characters are a composite. For one thing, it’s damned difficult to capture all the nuances and contradictions of a character you’re drawing from life.

For another thing, that’s what your imagination is for. If you’re any sort of observer and watcher from the sidelines, you’re always playing the what if game. What if that biker over there was a Sierra Club butterfly collector? That woman with the sweet smile with the baby in her arms? What if she was a cult leader just waiting for the opportunity to tell you about her alien abduction and the real father of her baby?

This issue has recently risen to high stakes for me. My third Dave Mason novel features an honor killing perpetrated by a wealthy Turkish family living in Santa Monica. I’ve been reading Turkish cultural history and the regional newspapers published in English for several years. Any honor killing is a grim story and one that it’s hard for Westerners to identify with.

I have done my level best though to portray sympathetic characters in this family and its culture. I know that not all Turkish people do these things. And Islam can express itself in many ways, just like Christianity. We certainly have fanatics ready to kill in our own country.

Through Derek Pacifico and his Global Training Institute http://www.globaltraininginstitute.com/lawenforcement/Introduction.html programs (an experience I recommend to anyone writing police procedurals) I found a Turkish Sheriff’s deputy, as well as former military officer. He filled in background that I would never have read online, even with the best research skills.

What chilled me at the end of two hours of intense conversation were his words, “Of course, you could never publish this story.” I sat back.

He warned me that these people (his emphasis) don’t fool around.  He warned me that I will have dishonored Islam. Did I remember Salman Rushdie? Of course I remember Salman Rushdie. But who’s going to notice a fairly new author writing murder mysteries about Santa Monica? What about all the international thriller writers who craft perpetrators of unbelievable villainy? I don’t hear about them hustling for cover. But maybe they do.

We all know that terrible things happen in the Mideast. Readers of mystery and thriller fiction like to dance by the dark edge. But retaliation rarely happens to people who love to curl up in an arm chair and read about a likeable or noble protagonist undergoing death-defying challenges.

I don’t know how seriously to take his warning. We’ll see, won’t we? If you hear about my demise, be suspicious.

I grew up in northern Ontario and love its lakes and forests. But I lived in Santa Monica for decades watching big money, land development, and politics clash.

Getting a good murder mystery novel out of what goes on behind the scenes in grassroots politics, glitzy businesses, and developer skullduggery makes all those dreary Santa Monica city council meetings worthwhile.

I live now in a village in the California mountains, not that far from the edge of the Los Angeles sprawl. There's too much to do here: I'm writing crime fiction seriously, but I can't get away from the SPCA, local environmental politics, and the writing community.

Email ThisBlogThis!Share to TwitterShare to FacebookShare to Pinterest
Labels: mar preston, rip off

Hi, Mar. Sorry I'm late joining the party! Loved your article and we're very happy to have you here on Murderby4 this week. Re. your readers being certain you based characters on them, I've had something similar happen. My entire church was trying to figure out who was whom in my book FireSong, which was based on a small country church like ours. But I truly didn't have any one person in mind when I created the characters, they were sort of an amalgam of all the wonderful elderly ladies and gentlemen we'd had over the years, plus imagined folks as well, of course. So funny!

Mar,
I love this post. It reminded me of an article I wrote years ago about something crazy that happened with my water-bed. When I came home from work that night a local merchant who just happened to sell water-beds KNEW I was writing about him....and I was affecting his sales.... I didn't know the guy, or know that he sold water-beds!
I loved this post girl!
Hugs
Katt