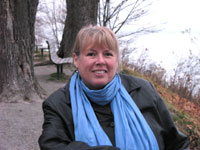 One of the great conundrums in writing a crime novel in the traditional ‘mystery’ framework is the character known as the villain.

For lack of a better word, I’ll use villain here. To mean the bad guy or girl or the person who-dun-it. The villain, of course, doesn’t have to be villainous. They can be a good person who made a mistake, a hero gone wrong, a well-meaning person whose attempt to fix a problem gets increasingly worse. They can, in fact, not be bad at all.

In the traditional mystery format (and there are many, many other types of what I prefer to call crime novels) the villain must appear early in the story, almost from the beginning; they must play a prominent part throughout. And it must not be known that they are the villain until almost the very end.
Sounds almost impossible to do, right? Put like that it’s a wonder anyone writes mysteries at all. But it’s not as hard as it sounds and it’s done, very successfully, all the time.

The novel has a cast of characters, presumably, and the villain can hide among them. The friend, the spouse, the colleague, sometimes even one of the cops or detectives. The villain must have a motive for the crime (at least in their own mind) and thus they must have a secret. It’s the uncovering of that secret that lies at the heart of most traditionally-constructed mystery novels.

Here are a few rough rules for creating the character of the villain or antagonist.

The villain must fit the style of novel. In a small town police procedural series, such as my Constable Molly Smith books set in the Interior of British Columbia, the villain is never going to be an international terrorist seeking to end civilization as we know it. They have to be the sort of person who fits into the town and the type of crime that is found there. Usually personal, sometimes the result of secrets that go back for years if not generations. In the newest book in the series, AMONG THE DEPARTED, Molly Smith is very close to the investigation into the discovery of human remains in the wilderness – she might have been, as a thirteen year old at a sleepover, the last person to have seen the man alive. In NEGATIVE IMAGE, Sergeant John Winters’s wife’s former fiancé comes to town – and someone wants him dead.

The villain must be on the scale of the protagonist. Sherlock Holmes and Professor Moriarty are two sides of the same coin. Sherlock uses his intellect to do good – Moriarty to do bad. Superman is perfectly good, therefore Lex Luther must be perfectly bad. A small town cop goes up against small scale, personal-level criminals, not international terrorists. James Bond goes up against international criminals and terrorists, not small-town petty criminals.

The villain must not be too true to life. In real life police will tell you that almost all murders are instantly solved. The killer is usually, sadly, a member of the family or someone close to the victim. If it’s a random sort of thing – drive-by or shoot out, the criminals are pretty easy to find. They’re driving their own cars, with licence plates, or in an area where lots of people know them. Or they rob a store in their own neighbourhood, leave plenty of fingerprints behind, or drop an envelope with their address on it. In my own area, someone stole two eighteen-litre bottles of water off a front step. The homeowner opened his door to see him loading the water in the trunk and driving away. He wrote down the licence plate and called the police. When the cops arrived at the villain’s house, the water was still in his car.

Criminals are not very smart – otherwise most of them wouldn’t get caught.

The trick in writing the villain is the same as in many other aspects of fiction: the villain must appear to be completely realistic and possible, while at the same time not being so. If the villain of your novel is like the majority of criminals, you’d have a pretty boring book.

The villain must be worthy of the reader’s attention. In a police procedural novel, the police might well spend a large part of the book dealing with small time criminals, but ultimately the main thrust of the book, and thus of the reader’s attention, must be a criminal who is clever and difficult to track down. The villain might be known to the reader, might even be known to the protagonist in the book, but it takes all of the protagonists’ skill and intelligence to catch and/or prove the villain dun it. He or she must be a challenge to your protagonist, otherwise there is no reason that the reader would keep on reading.

Writing the villain can be difficult, complex, and a lot of fun.

About the author:
Vicki Delany is the author of many critically acclaimed crime novels including the Constable Molly Smith series, a traditional village/police procedural set in the Interior of British Columbia from Poisoned Pen Press, the Klondike Gold Rush series set in the Yukon in 1898 from Dundurn, and standalone novels of gothic suspense also from Poisoned Pen Press. Vicki’s latest book is AMONG THE DEPARTED, fifth in the Constable Molly Smith series. GOLD MOUNTAIN, the third Klondike book, will be released in May 2012. Visit Vicki at http://www.vickidelany.com/  on Facebook: www.facebook.com/vicki.delany  and Twitter @vickidelany. She blogs at One Woman Crime Wave http://klondikeandtrafalgar.blogspot.com/

This is really great Vicki. If my mystery writing course runs at Humber next semester, please be guest speaker to disuss villain.

Welcome to Murder By 4!

Thoroughly enjoyed your article. I’ve always loved developing the villain and digging into his/her mind. It’s especially satisfying when I discover their vulnerabilities.

Hi, Vicki, and welcome to MB4 today! Loved your article - especially "who-dun-it." ;o) I'm going to check out your mystery series. Since my wife and I have become eBook gobblers, we are reading 10 times as much as before. It's just so accessible, so quick, so easy to read on my little iPhone at night when all the lights go out... can't wait to check out your series!

Thanks for guesting with us and come back often.

Thanks Elizabeth, I'd love to come to your class. And thanks to the Murderby4 gang for hosting me.