Does Anyone Write Letters Any More? 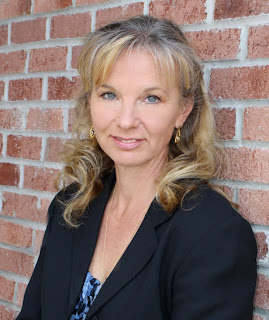 © Lisa Black 2011 all rights reserved
I have always been a prolific letter writer. (I don’t mean e-mails, by the way, I mean an honest-to-goodness piece of paper with an envelope and a stamp, which I turn over to the Post Office and their amazing work.) I mean, for as far back as I can remember—when a first class stamp was 8 cents, which, according to my great good friend Google, means that I was between nine and eleven years old. And they were letters, not

thank-you notes or some other social obligation, but notes to assorted favorite cousins talking about my day and what had occurred and including an original work of fiction sketched out in storyboard form (despite my utter lack of artistic ability). I have no idea what I talked about, what was going on in my fourth-grade life that simply had to be shared with the world, but that didn’t stop me then and it doesn’t stop me today, when all I have to speak of is laundry chores and what’s on TV and perhaps if my agent has thrown me a bone. Letters are also good opportunities to reconnect with some tiny past event which was of no consequence to anyone except you and your recipient. Yesterday I wrote a postcard to an old friend simply to tell her that I had run across a very old TV series featuring an actor we used to admire. It stunk, the series, but the card will still make her chuckle and bring back some small and pleasant memories that I’m sure haven’t occurred to her in quite some time. The point is not the subject matter. The point is that someone thought enough of the recipient to take time out of their day to put words to paper and then into an envelope for no other reason to remind them that hey, I’m still here, I know you’re still there, and I still care about that. The world needs more moments like that.
Plus, the advantage of distance can give you extra freedom. I can make cutting remarks about my local government to my friend who lives in another state, because the odds of it getting from her back to the nosy co-worker in the next cubicle is infinitesimal to none. My friend will laugh and throw it into the recycling bin. It will not live forever in cyberspace, to grow, fester, take on a life force of its own and return just in time to ruin my chances for a seat on the city council.

Write especially to people who are cut off from the majority of their social circle, the house-bound, soldiers overseas, children away at college or doing a semester in a foreign country. I can assure you they will never, ever forget it.

Besides, for a writer, it’s terrific practice. Every fact you relate in a personal letter is an exercise in dramatic expression, designed for maximum impact and tailored for the recipient. (More than once a letter to a friend has then been censored and truncated to be sent to an elderly aunt.) I produced some of my funniest lines in letters, as when I described a children’s choir—adorable to the eyes but not so much to the ears—as sounding ‘as if a box of children’s voices had been dropped down a flight of steps.’ Or the time ‘my husband came home from work unexpectedly and said he thought he’d catch me with a boyfriend and instead found me in the wild and crazy process of cleaning out the attic, which we both agreed is a sad commentary on my social life.’ I’ll write short movie reviews: “The problem with seeing that Julie & Julia movie is now I’m dying to rush home and fry something in butter.” Or travel commentary: ‘the city of New Orleans seems to have only a passing acquaintance with either vegetables or fruits, unless they’re in a daiquiri.’

A letter reader is like any other reader. They are taking time out of their busy schedule to read what you’ve written, and the need to hold their attention away from all the other demands in their life forces you to write as effectively and concisely as you would a best seller. On a smaller scale, but all the same challenges apply.

About the author:
Lisa Black’s fourth book Defensive Wounds was released by Harper Collins on September 27. Forensic scientist Theresa MacLean battles a serial killer operating at an attorney’s convention. Lisa is a full time latent print examiner and CSI for a police department in Florida. http://www.lisa-black.com/

Lisa, I'm so pleased to welcome you back to Murder By 4.

And yes, I do write letters. A dear friend of my mother who is in her 80's doesn't have e-mail and lives a few hours away. Although we talk on the phone, I know she loves getting mail. :)

Hi, Lisa. I'm with you on this. I love writing special hand-written letters, although I don't do it often enough. Like Marta, it's necessary with some of our older relatives who don't "do" email. ;o)

I'm going to check out your book - it looks great!

Come back again soon - and thanks for guest blogging here today.

I LOVE writing letters. I've ben writing my nephews and nieces as they go through college and they really seem to love it. Writing a letter tells people that you care enough to take the time to write them. Anyone can pump out an e-mail or tweet but writing a letter takes time and forethought. I wish more people did it.

I love to write letters! I once reviewed a book that my Uncle wrote via letter by writing down how I felt when I read certain parts of the book. He doesn't have the internet and wouldn't even care to buy a computer, so it was great when he called and said he had a blast reading my "review." Thanks for sharing this!