Please join me in welcoming Tom Drinkard to Murderby4 today. Tom is a prolific writer with a fascinating history, and we're pleased to have him here. Welcome, Tom! 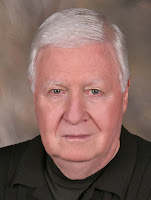 APL: Tell us about your new novel, Piety and Murder. Where did you get the idea for the story?
TD: Piety and Murder is the story of Mack Brinson, who has lost the love of his life. His only family consists of his dead wife’s mother, Huong, and a Bull Terrier. A phony, predatory televangelist’s organization is virtually stealing from Huong, promising séances with her daughter’s spirit. When Brinson confronts the organization, he is threatened. When he pushes harder, he’s ambushed in a running gun battle on the Lake Ponchartrain Causeway. From that point, the book accelerates to a hostage rescue and a final confrontation. My page on the Independent Author Network’s website, http://bit.ly/gynCCj has a short synopsis, trailer and a sample.
APL: How closely do the challenges your character faces mirror the experiences you had as a Green Beret?
TD:  Among other incidents and missions; years ago, I helped plan a prisoner rescue mission. It didn’t happen because of politics and world events. Enough said.

APL: Do you base any of your characters on the pals you had in the Green Beret days? Can you see yourself in any of the characters?
TD:  Of course. Most of the men are composites of people I knew, both good and bad. I can see elements of my personality in Mack Brinson. His quick temper is something I share and have worked to defeat. There are some who would say I share the smartass gene with Brinson.
APL: Tell us about the setting and locale for your new book. Is it somewhere you've been or lived?
TD:  If you visit Metairie, LA (a suburb of New Orleans), you’ll find some of the places mentioned in the book. The Morning Call Coffee Stand (wonderful café au lait and beignets) is an example. For years, I taught classes in Metairie from five to eight days every month. I also know Mobile, AL pretty well because of teaching and visiting there.

APL: Tell us your most rewarding experience since being published.
TD:  Receiving emails from people who, while reading the book, simply couldn’t stop. One complained that she stayed awake until 3 AM finishing the book.

APL: Who are your favorite authors? Were you influenced by them when writing Piety and Murder?
TD:  My most powerful influences in writing the book are, in no particular order, John D. McDonald, Robert B. Parker and James Lee Burke. Each of them taught me different things and their books are a permanent part of my library.
APL: Will there be a sequel?
TD:  There is a prequel, titled Where There Were No Innocents. It is scheduled for publication in June 2011. The cover and a sample are on my blog, Pinnacle Writing. I’ve started a direct sequel but other projects are currently taking precedence.

APL: Where do you write? Do you have a special routine or location that helps your muse?
TD:  I write best in my messy office. Sometimes music helps; Beethoven is good for calling my muse.

APL: Any other books in the works? Goals for future projects?
TD:  I have a completed novel, Devil’s Blade, in completely different settings and with new characters. One of them is the ghost of a Voodoo queen. As soon as editing and proofreading are complete, I’ll publish. A work in progress is called Overload. It is, as some of the old ads said, “Torn from today’s headlines.” There are others, including a space opera and a fantasy (vampire) book. I plan to have at least five books on the electronic shelves by the end of 2011. 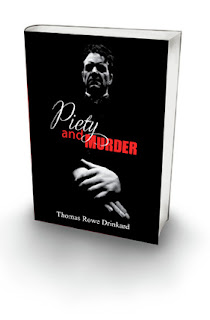 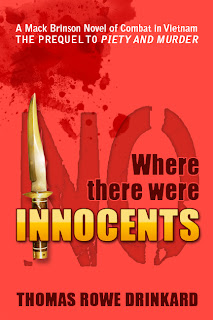 WHERE THERE WERE NO INNCOCENTS - prequel to PIETY AND MURDER, is scheduled for release this month.


Tom graduated from the University of North Alabama with a degree in English.  At graduation, he was commissioned as a Second Lieutenant in the United States Army and went on active duty eight days later.


Within two years, he volunteered and was accepted into the Special Forces (Green Berets) after Airborne and Special Forces school, he’d found a home. With a few other assignments in between, he spent ten years with the fabled unit. He was unhappy with the Army’s plans for his future and left active duty and moved into the reserves.

He is now a Major, retired reserves. After the Army, he found his way into teaching and writing in the securities licensing preparation business.

His textbooks, articles and CE courses are in use today. His poetry can be found in a number of literary magazines, including Negative Capability, Cotton Boll/Atlanta review and a several others.   Piety and Murder published by LazyDay Publishing is his first piece of long fiction to be published.

Thomas is currently working on a prequel.
Posted by Aaron Paul Lazar at Monday, June 20, 2011

Tom, thanks for joining us here today at MB4. It's been delightful getting to know you. I'm looking forward to meeting your characters, too, in your series. ;o)

I second that motion. I too have a place near the top of my TBR for Mr. Drinkards novel.

Great interview and I am now intrigued by Tom's books!

Thanks for sharing your story, Tom. Best wishes for your continued success!!