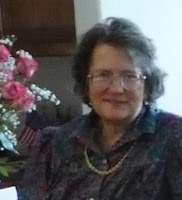 copyright 2011, Pat Bertram
The title of a book is important. It’s the first thing a prospective reader sees . . . or at least it used to be. Now the author’s name comes first and apparently is a much better selling tool than the title ever was.
a
A title is still important, however. It often sets the mood for the book, it lays out the theme, and it tantalizes readers into opening the book. Think of Gone With the Wind. With such a title, you expect a wide sweep of a story. The title speaks of loss and perhaps survival in the face of broad changes. Even before you open the book, you are primed to find out what is lost and why it disappeared into the wind. Imagine then, how different your feeling would be if the book had been published under its working title. Pansy. Would the book, the movie, the character have ever had such an impact if that had been the name? Of course not.

Another major work with last minute name changes was Catch 22 by Joseph Heller. Originally Catch 18, it was changed because of another book that was coming out at the same time: Leon Uris’s Mila 18. And 1984 was originally 1948. So not the same feeling!
a
Choosing a title is not an easy task. My novels all had simple working titles: The Red Death, The Chameleon, The Gangster Book, The Alien Book, but except for The Red Death, none of those titles were ever possible for the real title.

I considered using the title The Red Death since my quarantine mirrored the middle ages, though in a hi-tech way, but the name had already been used several times. And anyway, from the very first, I’d planned on using A Spark of Heavenly Fire. That was my inspiration for the book, the Washington Irving quote: “There is in every true woman's heart a spark of heavenly fire, which lies dormant in the broad daylight of prosperity; but which kindles up, and beams and blazes in the dark hour of adversity.” I wanted to tell the story of ordinary women, women who seemed colorless in ordinary times, but who blazed brightly in dark times. When I found no takers for the book, I thought perhaps the title didn’t reflect the story, so I changed it to In the Dark Hour. And I got an agent. She couldn’t sell the book, so when my contract was up, I changed the title back to A Spark of Heavenly Fire. And that’s the title Second Wind Publishing released it under.

I had to try several times before I got the title of More Deaths Than One right. The working title was The Chameleon but that was never a real contender since I didn’t want to give the story away. So first I used the Law of the Jungle, which amused me since the jungle was so much a part of the story. Also, at one point I had my hero say that the villain might be above the law, but he wasn’t above the law of the jungle. Both the line in the book and the title ended up being deleted because they were too trite, so next I went with Nature of the Beast. It was adequate, and I would have stuck with it despite its triteness, but then I came across a couplet from Oscar Wilde’s “Ballad of Reading Gaol”: He who lives more lives than one/More deaths than one must die. Since my hero appeared to have more lives (and deaths) than one, More Deaths Than One struck me as the perfect title.

Daughter Am I, my gangster book, only had one previous title: Sins of the Fathers, though really it should have been Sins of the Grandfathers. Then I found the Rudyard Kipling quote: “Daughter am I in my mother’s house but mistress in my own.” The quote would have more accurately described the theme of the book if it were “daughter am I in my father’s house,” but I was taken with the title Daughter Am I and decided it was close enough.

Which brings me to my final book, the newly published Light Bringer. Sad to say, I haven’t a single story to tell about the title. Even though the working title was The Alien Book, I always knew the title was Light Bringer. Light is the theme of the book, and the Light Bringer (planet X) was the reason for the story.
So, as a reader, what are your favorite titles? As an author, how did you come up with the names of your books?
Posted by Aaron Paul Lazar at Friday, June 10, 2011

Pat, it's such a pleasure to have you with us today! I have read and loved each of your books and look forward to the next. Hope you are coping with your losses a little bit better than a year ago. Warmest wishes!

It's great to be here, Aaron! I'm thrilled you loved my books -- these four were especially meaningful to me because they were the last ones my lifemate helped me edit before he died. Yes, I am coping with my losses. Thank you for asking.

I hear you have a new book coming out, too. Best of luck!

Hi, Pat! Great post, including a reminder that GWTW was originally gonna be called Pansy... as was the lead character. Pansy O'Hara? No....

Pat, I love the stories about how you came up with your final titles. Each of your book titles seem to be the only title that would possibly work. There are so many titles that I love that I couldn't possibly choose one as the best. Well there is one by Sharyn McCrumb entitled "If I'd Killed Him When I Met Him" that I quite liked. My sense of humor I suppose.

So good to see you here, David and Wanda.

Wanda, such a great title! I even read that book.