Can you tell someone else's story? 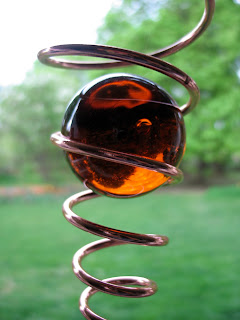 We all love to write fiction. Well, at least that's what S.W., Marta, Kim and I do here at MB4. It's gratifying, it can be spontaneous, and it whisks us away to worlds we can actually control. When our characters let us, that is. ;o) But there's immense satisfaction about having SOME control in life, even if it's over your own characters and their lives.

Some writers turn their noses up at the idea, offended that they would ever be asked to write something not of their mind. Until recently, I would have thought it was a horrible idea. Granted, I've written fourteen books and loved every second of it, and I feel somewhat sated. I have more books on the burner, plenty more, but for a change, I decided to try something new.

I actually enjoyed the process immensely, and for a while it was nice not to have to envision each scene and make sure it all fit. Instead, I just wrote the scenes. Because the story was damn good, it was fun. Hmm. I'm not sure what that means about me, but it was illuminating. And I stretched my wings a bit in a new direction as a writer, which isn't a bad thing.

As much as we jealously protect and horde our characters and stories, there can be a time in a writer's life when it's okay to step out of his/her comfort zone and try something new. ;o)

Let me know what you think of the idea? Have you ever written anyone else's story? How did it feel?

Regardless of your experiences, remember to take pleasure in the little things, and write like the wind!

What an exciting idea, Aaron! I know you are such a creative guy, you will do well at whatever you set before you.

Thanks, Kim. I appreciate your kind words. ;o)

Interesting, Aaron. Didn't know you were doing this. I've never tried it, but I'm sure it would be an interesting experience.

The closest thing to it for me was when I wrote that challenge story in your Gus's POV (with Sam Harper). :) And that was fun. Good luck with this!

Thanks, Marta. This is just a short trial - almost done already. ;o) Yeah, I loved that piece you wrote about Gus and Sam! It was great!

Sometimes it feels this way during the course of my first drafts. I'm writing someone's story. They don't exist, and yet they feel so real. I did have an elderly gentleman approach me once about writing his biography. Not sure what happened, but I suggested he start by recording some thoughts. A week later he called to say he was reconsidering and would get back to me. Never did.

Interesting, Joylene. ;o) I had a similar situation with the local historical society, they wanted me to help document the town's history. I was happy to offer, but they never came back, either. Maybe they're still getting their stories together!

I am in process on a 'middle'--applying for a Cozy Mystery gig where the editor defines a number or parameters and I do the WRITING, and to ME, it is not quite the SAME as the stuff I've written on my own, but it is a FABULOUS lesson in pieces of it (and I hope, my foot in the door). I also hope, since my own work is suspense, and my weakness, possibly 'tight plot' that it is a perfect schooling to learn the part I most need improving (since nothing has to be more tightly plotted than mystery)

I guess in summary, I look at it as 'the internship'--between learning and flying alone.

How interesting, WT! Very well said, too, I might add. I like your take on it. "Internship." Cool!

...and you are totally rocking that story, my friend! *G*

I found it fascinating too, the one time I tried writing a spec piece to someone else's plot and characters. It's like a really long Mad Lib - fill in the blanks and make them interesting. *G*

And no matter what you call it, it's writing, and actual writing can only make you better. :-)

I have done such writing before with a friend a popular English author we spent several weeks doing so. It was if our minds had threaded themselves together creating one thought. We could predict what the other was thinking with out talking to one another. The end product was well nothing short of amazing. Though never published it was a incredible accomplishment for myself. I'm grateful to him for the chance to have done the book. Therefore, to answer your question, Yes I could write someone's story.

Wonderful, Minister. ;o) Sounds like a perfect relationship - you two must be kindred spirits. That's a rare thing!