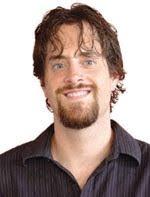 © Jeffrey Leever 2010 all rights reserved
Most colleges and universities around the country just finished up finals week and graduation ceremonies this month. As I go about my book tour for my second mystery novel, THE UNIVERSITY, I’m realizing all the stuff I didn’t know when I graduated with a writing degree.

To be fair, I learned plenty about the English language while in school and also some valuable things about the craft of writing. It’s just too bad there wasn’t an “Author 101” course that would’ve really dished the dirt on the kinds of things authors often discover later rather than sooner.

I’m sure many readers of this blog who are also authors will be able to come up with plenty of their own items on this topic. In any case, here are ten of mine in no particular order:

1. Some people will treat you differently when they find out that you are an author. You will still be the same person with the same clothes, hair style, and checking account balance as you were before they learned that you write books. They will still view you differently. This isn’t all good and it isn’t all bad.

2. You will really really want to pay attention in college math. Maybe even take extra math beyond your general studies requirements. That way, maybe, you’ll be able to understand the royalty statements you get one day from your publisher. Come to think of it, it would be great if you could find a curriculum that covers how to decipher them.

3. If you end up living in any major metro area in the United States, you will spend hours of your life either commuting somewhere or stuck in traffic. If you can figure out a good way to channel this “down time” toward something writing- or book-related, you’re golden. Texting doesn’t count, though.

4. Bookmarks, book trailers, and websites are all now “standard issue” for an author -- as in, it is standard that you issue them yourself no matter who your publisher is.

5. You will hate -- HATE -- killing off certain characters.

6. Someday you may learn more than you ever wanted to know about publishing industry terms like “returns” and “holdbacks” and that something called “the remainder market” is far more competitive than one might assume.

7. At a book signing, when people ask, “What’s your book about?” they usually mean…

I’m not really listening, just probing for key words. The shorter and friendlier you keep your answer, the more interested I will be.

8. When people ask, “Where are you from?” They want you to say the name of the city, area, or state where you are currently signing -- or at least muster an attempt at some connection.

9. If some creepy guy with a bunch of horror DVDs in his hand comes up to your table at Borders and says “Where are you staying tonight?” do not reply with the truth. You’re already going to remember it more than two years later when invited to write a Murder By 4 guest blog.

10. If you’re at an event and someone mistakes you for another author, be ready with a comeback and have some fun with it.

When people ask me, “Are you really Jeffery Deaver?”…

I’ve learned that if I keep my composure, smile, and say something like, “Not exactly, but I’m younger and have more hair,” I stand a decent chance of converting that question into a sale.

My latest book, THE UNIVERSITY, is set on a college campus in the Midwest and, naturally, has several characters in it who are college students. This month especially, I can’t helping thinking about today’s students, and also that 21-year-old version of myself who graduated from a college wanting to be an author “on tour” someday.

The above are just a few of the things that I wish I could tell the younger Jeffrey Leever. What about you?

About the tour:
Jeffrey Leever is giving away a signed copy of his book, THE UNIVERSITY, to one lucky tour visitor. Go to his book tour page, http://jeffrey-leever.omnimystery.com/ , enter your name, e-mail address, and this PIN, 9959, for your chance to win. Entries from MURDER BY 4 will be accepted until 12:00 Noon (PT) tomorrow. No purchase is required to enter or to win. The winner (first name only) will be announced on his book tour page next week.

Stop by Novel Works to read Marta Stephens's interview of Jeffrey Leever on May 20, 2010.

He is a former PR staff member for Colorado Governor Bill Owens, as well as former senior editor for a nonprofit organization. He now lives in Blue Springs, Missouri.

A Nebraska native, he wrote a college football column, the Scarlet Commentary, for several years. He holds a degree in English with a writing emphasis and is perpetually at work on his next suspense/mystery novel.

To learn more about the author and the book, visit his website at http://www.jeffreyleever.com/joomla
Posted by Marta Stephens at Friday, May 21, 2010

Fun post today. Some interesting info to keep in mind - should I decide to become a writer.

Jeffrey, I had such fun reading your post. Especially the one about trying to decipher the royalty statement. Try doing that while converting your royalties from British Gold Pounds to US Dollars. LOL And do tell about the guy at Borders. You must comeback and post about that experience!!

Thanks so much for posting on MB4.

Very true, Jeffrey. There are many things you mentioned that authors learn by experience. I have a sign when I'm autographing my books that states: "Yes, I'm the author, No I don't work here and yes I know where the bathroom is." They answer many of the questions I'm asked. Happy writing.

Oh, I like you. *G* You know, I didn't even think of Jeffrey Deaver when I saw your name, even though I've read a lot of his stuff - but I can see where that'd be a problem at book signings.

Here's another thing they don't teach you in school: how to retroactively meet deadlines when your editor needs something yesterday. Why can't they issue time machines or something? :-)

This post holds true for any chosen field when it comes to being taught practical issues.
From the writer's side this was a hoot!
Stay away from 'Border Man' but please entertain us a tale.
Maribeth
Giggles and Guns

Jeffrey, what a great collection of observations - and all of them are so true! Also, be prepared to answer the following questions a gazillion times, whether it's in a radio show interview or at a book signing:

- How do you get your ideas?
- How do you find time to write?
- When did you quit your day job to write? (LOL)

If I had a dollar for every time I answered those and lots of other predictable questions, I'd be... rich and famous? Ha. Maybe not, but richer than today. Thanks for coming by, hope to see you again at MB4.