WRITING A SYNOPSIS (It Doesn't Have to Kill You ) 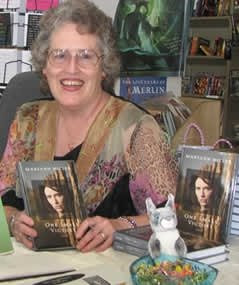 You pitched this really great story idea to an editor, and now she wants to see, gulp, a SYNOPSIS. For most authors, writing a synopsis is like being asked to kneel on tacks for a week. In fact, it's probably worse, but several years ago I discovered a technique that made it considerably less painful.

At the time, I’d been working primarily on film scripts and the style of writing had become second nature. I loved the techniques of quick cuts and sparse narratives. When I was asked for a rapid turn-around on a synopsis and sample chapters for my novel, ONE SMALL VICTORY, I was seized with a sudden panic. I didn’t even have a working outline for this book. How could I even begin to put this proposal together on a tight deadline? 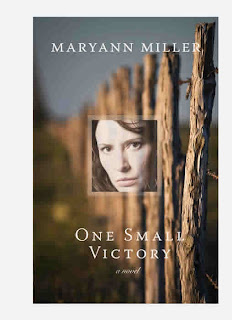 That’s when I got the idea to use some of the scripting techniques I’d become so comfortable with. First, I started a rough outline of the story in the form of “story beats.” Some people use index cards for each beat, but I prefer to work on a legal pad making a numbered list. For example:

1. Mike is killed in a car accident
2. Jenny’s reaction
3. Jenny finds out drugs were involved

I usually put three to four beats on one page with room between for adding notes as the story develops.

Working on the rest of the plot I finished the initial list before going through it and deciding which elements needed to be included in the synopsis. When that was determined, I started putting meat on the story beats by answering a few basic questions. What happens in this scene and why? What purpose does it serve in the story? What is it saying about the characters?

Taking my first story beat, I added the layers; setting the scene, focusing the tension and conflict, and visualizing the interplay between the characters. This step in the process turned out something like: Mike Jasick, riding in a car driven by his friend who is taking drugs, is killed when the car careens off a country road, goes airborne, and crashes into an embankment.

Notice that I wasn’t concerned with the quality of the actual writing at this point, just the quality of the story development. After a little more thinking about the characters and visualizing how the first few scenes would play out, I decided that opening the synopsis with the reaction from Jenny – story beat two – would be better because of the emotional connection that makes with readers. So this is what I ended up with as the opening sentence with the other two story beats covered in the next two: Life can change in just an instant. That's the harsh reality that Jenny Jasick faces when her son, Michael, is killed in an automobile accident. Then, as if grief isn't enough, drugs are found in the car.

After I finished the synopsis, I decided to use some of the same techniques in writing the sample chapters. I was really struggling with the narrative transitions because film scripts don’t use them. They have this handy little tool called a “cut to” that I’d been using for several months. Instead of sitting here watching my cursor blink as I tried to come up with a transition, I thought why not use “cut to” then take it out in the final draft.

The initial writing of the chapters went incredibly faster this way. It kept the action flowing and helped me stay focused on the essential elements of each scene. In the second go-round I added character emotions and reactions to the action, keeping it focused so the motivation for later action was developed. As I mentally scrambled to find the transitions, I realized that I didn’t need to transition every scene. I could just drop down a couple of extra spaces and jump into the next one.
Some of these techniques obviously wouldn’t work for every novel, but they are good tools for stepping up the pacing for mysteries, thrillers, horror, and some contemporary mainstream. I think a modified form would even work well for romantic suspense and science fiction. And using the story beats is definitely an asset when outlining and writing a dynamite synopsis.
* * *
About the author: Maryann Miller is a diverse writer of columns, feature stores, short fiction, novels, screenplays and stage plays, Maryann Miller has won numerous awards including being a semi-finalist at the Sundance Institute for her screenplay, A Question Of Honor. Her work has appeared in regional and national publications, and the Rosen Publishing Group in New York published her non-fiction books for teens, including the award-winning Coping with Weapons and Violence In School and On Your Streets. A novel, One Small Victory, was released from Five Star in June 2008. Play It Again, Sam is a July release from Uncial Press as an e-book. Other experience includes extensive work as a PR consultant, a script doctor, and an editor. She is currently the Managing Editor of WinnsboroToday.com, an online community magazine. She has been writing all her life and plans to die at her computer.
Posted by Marta Stephens at Monday, December 29, 2008

Wonderful advice, Maryann. I don't care how prolific a writer one is, writing a synopsis is never easy. Your insights are going to make my new manuscript much easier.

Thanks for the kind words, Joylene. Hopefully your next five mss will be easier to write a synopsis for. :-)

This is great stuff. I predict facing the unhappy task of writing a synopsis in my future some time - and I think I'll give this a try. Thanks for an excellent post!

Glad you found the tips helpful, SW. Good luck with your synopsis.

This is a great idea. "Meat on the beats"... heh. I can see how it would also be an excellent story-structuring tool. Thanks for posting the link to Wicked Company.

Maryann, wonderful information on a topic that stumps every writer. Thanks so much for joining us here at Murder by 4!

Marta,
Thanks so much for hosting me on the blog today. I'll be checking back often to see what other guests you have, as well as keeping up with the regular contributors.

What a neat concept for synopsis writing, which as we all will attest to, stinks at times.

I have NEVER done well at this but then again, I never had a plan for getting the meat on the beat :)

Thanks for the help/information. Maybe I'll finally stop preferring to kneel on the tacks!

Maryann, sorry this is late, but the holidays and babysitting three little ones consumed me! LOL. Wonderful article. I, too, find synopses the toughest to write. I do find that taking the essential elements from an outline, then paring it down, down, down helps get it to a final 150 words or so. Back cover blurbs are the toughest. ;o) Happy New Year!