The Rest of the Story

When I was a new writer, I wanted a finished book. I worked and struggled and strived to just FINISH one whole novel. When I accomplished that, (a fantasy! High fantasy, like LOTR- and whew boy was it awful-!) I wanted to submit it. I just wanted to send it out and even if it was rejected, I would be able to say I had taken it to the next level. (LOL be careful what you ask for) So, I submitted. It was rejected. Meh, no biggie. I was off to something else realizing that this book just wasn’t it.

So onward and upward. I wanted to try my hand at a historical fiction novel. A love story! And I spent several years doing so. I researched endlessly. It was fun in a lot of ways. Then I said, okay, you managed the writing part. You managed to submit something. Now, let’s conquer the rejection part.

Once that was accomplished (several times over, I should say), then I wanted to get something accepted and published. This time when I sat down to write, I said what haven’t I written? So I settled for cozies. I wasn't too caring if I made it with a short story, (I really wanted to sell that cozy novel I had just finished, but I was leaving my fate in God's hands and letting it gel as I was told by more than one person to do!) I just wanted a "yes" from someone. I sent the book to friends. Then critiques started coming in. I rewrote. More crits. More rewrites. Crits on novel, crits on short stories. Hired an editor. More rewriting. Rejection, rejection. After a few months of this, I got good and nauseous. 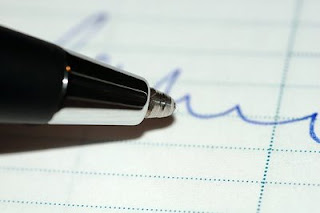 Didn't I start saying, “Okay, if it doesn't happen, no biggie”? Didn't I say after years of trying, “Okay, maybe I should give up on this dream”? Yes, I did. I even tried to quit. Just ask my close buddies. Some of them told me to quit. Some of them were much kinder. I had my mind made up to quit writing, so I went into a slump, a self-imposed exile to all things literary. But don't you know that when you quit wanting something so badly, it finally comes to be? Well, now you do.

So, when the email came from the editor of MouthfullofBullets.com saying that he not only wanted my submitted short story, but he wanted three more to go with it, I almost fell out of my chair! Hallelujah was sung all day in my house. I would be published! Was there any greater feeling in the world? Of course there was!

Soon after, the email came from the first publisher I went with for Avenging Angel. She wanted it! I signed the contract in late November 2007, and waited a whole year just to end up pulling the book. Is there any more of a terrible feeling in the world as knowing that all the waiting was for naught?

Why on earth would you pull your book? Some will ask this question. It’s okay to do that, y’all. You can be in control of your own destiny in all things, yes, even in the publishing world. I learned so much through the efforts of my friends who kept encouraging me during the whole “I am not writing ever again” debacle. I learned most of all that even if I never have anything published at all, I am still a great person and a decent writer. It gave me the strength to pull this book out of the queue of one place and submit it once again to another, certain that I would never see the light of publication after so much had happened.

But pull it I did.

Looking at other venues, I contacted the submissions editor at Red Rose. She told me to send it to her as soon as I had my contract terminated and all that jazz. I didn’t have to wait long before the acceptance came, and as they say, the rest is history.

Avenging Angel comes out next Thursday. My blog day, wouldn’t you know it? How did I get so lucky? So we are going to throw a HUGE book launch party that day, beginning here at MB4 and ending at my radio show, Introducing… WRITERS! You will be able to call in, or listen in here THE PARTY and I really want you to come by. 7:30 PM CST or 8:30 PM EST -- I promise not to be too silly--but yanno… this being published thing can make a girl pretty dang giddy!
Posted by Kim Smith at Thursday, December 11, 2008

Reading these posts about your journey has been a real trip down memory lane for me...boy how those five years have flown by! I'm so happy for you and can't wait to buy the officially published version of AA!!!!

Aw thanks girl. You and Kristi were my biggest fans and hand-holders and I owe you both so much. Like I have said before, the bookshelf when alphabetized houses R and S together. I can't wait to put yours and K's up there.

And Red Rose is thrilled to have your book, Kim. Great read all around.

I can't wait to read your book, Kim. And talk to you next week on the radio. What fun we'll have!

Lea! thanks for stopping by. You made it all possible, girl. I heart you big time!

Aaron, thank you, so much. I hope you enjoy it! I can't wait to be able to talk to you too!!

Congrats, Kim!!! You've always been such a supporter of fellow writers, it's about time you got a little spotlight! Enjoy. :()

I can't wait, Kim. Love the blog radio. Nancy told me about it and I should have followed up from Angels blurb on CTR.
Nice to see you here.

Thanks Marta! I have always been such a "writer" groupie :)

Catherine thanks for stopping by! I appreciate the vote of confidence. The radio show is such a different thing for me to do, but it is just a ton of fun.