Why I’m a Writer 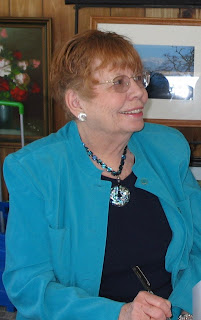 It's a pleasure to welcome Marylin Meredith back to MURDER BY 4!

Ever so often I like to think about the reasons I’m a writer since I spend so much time doing it and promoting my books and don’t make much money for all my efforts. In the last week, I heard about a rather famous mystery writer who has decided to no longer pursue her writing career. And through the years I’ve had writing friends who decided the money wasn’t enticing enough to continue.
Here are my reasons for writing:
First, I don’t think I could stop writing. It’s something I have a compulsion to do. And I’ve had this compulsion for over sixty years. It’s like an addiction and I’m afraid I’d find it very hard to quit. I haven’t always written mysteries, but that’s what I’ve been up to for most of my life. Because I’m writing two series, the Deputy Tempe Crabtree mystery series and the Rocky Bluff P.D. crime series, I’m afraid my characters would compel me to find out what is happening in their lives. 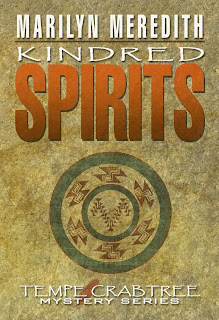 Second, I’ve had so much satisfaction from writing. I have absolutely no control over the world that I live in. I’m not just talking about the big wide world, I mean the world that contains my family and friends. In the magical imaginary worlds that I’ve created, I do have some control–things always turn out right and the bad guys get it in the end. Oh sure, as many authors have confessed, sometimes the characters take over and do surprising things–but that’s fun.
Third, I’ve made so many new friends that I’d have never even come across if I wasn’t a mystery writer. I’ve made friends on the Internet, at the mystery cons I’ve attended both other writers and mystery fans and I look forward to seeing them at the next ones. I’ve also made friends when I’ve done book events here and there. At a Left Coast Crime in Alaska, I met two young Native women. One I kept in touch with via email through the years and when Bouchercon was held in Alaska, my friend invited me to stay at her house in Wasilla after the convention. Of course I did and had a wonderful time with her. While there I made another friend who drove me around Wasilla and took me to the middle school where I talked to the kids about writing mysteries as well places like the Iditarod Museum and a reindeer farm. I now have lots of police officer friends, and a couple of friends in the FBI because of being a member of the Public Safety Writers Association http://www.publicsafetywriter.com/
Fourth, I’ve had lots of adventures and visited places I’d have never gone to if I hadn’t been a writer. Alaska is one of the places I loved visiting. The first time, I went to a Native Village and visited a school. In order to get there, the principal drove me on the frozen river. Scary but also exciting. A mystery writer friend and I flew to New York to the Edgars one year and from there we rode the train to D.C. to attend Malice Domestic. My husband and I have fallen in love with Omaha, a place I’d never had any desire to visit before going to Mayhem in the Midlands. The zoo is wonderful and there are lots of fantastic restaurants around the hotel. We made friends with the owner of Ahmed’s Persian restaurant, and he actually remembers us each year. Flying to Chicago in the middle of a snow storm for Love is Murder was exciting and beautiful. Visiting relatives and a planned for library talk and bookstore signing was interrupted by a hurricane–and we were stranded when water completely surrounded the house we were staying in and nearly washed away our rental car. We loved Wisconsin, El Paso, San Antonio, Plano, Austin, TX and Seattle WA, Portland OR, Virginia Beach VA, Maui (where I got to be an instructor for the Maui Writers Retreat) and many more spots around the country.
Fifth, though I’ve enjoyed the traveling, I love the fact that I can stay home and do the work that I truly enjoy, writing.
* * * *
About the Author: Marilyn Meredith is the author of award winning Deputy Tempe Crabtree mystery series as well as over twenty published novels. The latest Kindred Spirits from Mundania Press. Under the name of F. M. Meredith she writes the Rocky Bluff P.D. series, the latest, No Sanctuary, with a January release date from Oak Tree Press, is set in a fictional beach community in Ventura County CA where she lived for over twenty years.
She is a member of Sisters in Crime, Mystery Writers of America, EPIC and on the board of the Public Safety Writers of America. She was an instructor for Writer’s Digest School for ten years. She makes her home in Springville CA, much like Bear Creek where Deputy Tempe Crabtree lives. Visit her at http://fictionforyou.com
Posted by Marta Stephens at Monday, December 15, 2008

And don't forget to hear Marilyn on my blog talk radio show tonight at http://www.blogtalkradio.com/kims where we will talk about her great books, and her insights about the writing life.

Good to see ya here Marilyn!

Gus LeGarde said...
This comment has been removed by the author.
December 15, 2008

Marilyn, welcome back! It's lovely to see you here again.

I empathized with your points - writing is a lovely addiction and those parallel universes in which we live are far too hard to give up. ;o) Thanks and come back soon!

Thanks to you all for letting me visit again. I know everyone's busy this time of year, it's nice to stop by and just chat.

Thanks for expressing the thoughts that some of us "true believers" have about the the book biz! From my POV as a publisher, I often tell myself that the financial payback isn't even remotely adequate to justify the hassles and stresses of the biz, but when I try to visualize my life without it, there is a big blank hole!

And then there are authors like Marilyn M. who really make it all worthwhile with their great writing and excellent and tireless promotion...that seals the deal.

This is a super blog...I will send in a vote for you!

That Chicago snowstorm was something last year! Are you attending Love is Murder this year?

Rhonda
aka The Southern Half of Evelyn David

Your reasons make perfect sense to me. It's a shame your friend's passion had died. Because I think it is a passion. Why else would we spend so much time alone?

Thanks for sharing, Marilyn. I love Alaska too. Especially, Haines. Oh, and Skagway. Oh, yeah, and Juno. Can't forget Chicken. And Took....

Terrific blog Marilyn. We all (writers) would relate to all your points and at the same time have our own reasons for writing. I guess like you I cannot give it up even if I wanted as it is my passion.

I used to work in a well paid job and write as a side line and I had a lot more money and far more stress. Now I write at home and enjoy my life and I have never been more relaxed or happy.

They can have their money, I'll live of what I can get from doing what I love and I will be all the healthier for it.

While reading your blog I started to think about my own career in terms of how it has progressed in line with the points you discussed.

In the enthusiasm of youth and another job, which meant I wrote some good stories, some of which were published in magazines and then went back to my day job. Since I have devoted all my time to my writing I have improved out of sight as I have learned so much about the art of writing.

I will continue to improve but the stories will depend on my imagination, which will waver over the years.

Practice does make perfect (or as close to it as one is ever going to come) and the more you exercise your imagination the better it accepts the unacceptable.

I have also learned far more about approaching publishers, which I hope will improve my chances of getting my novels on the shelves and finding loyal fans who can judge my work over the years.
Thanks for the blog.