From the Dojo to the Page: Writing Fight Scenes, by Christine Haggerty

Today we are honored to present a coveted guest blog by Ms. Christine Haggerty, who is here to share her tips about writing fight scenes. She has just begun a speaking tour about this very subject. But don't mess with her! Christine has a black belt in Shotokan, a traditional Japanese form of karate.

Please help me welcome her to our site today. Welcome, Christine! 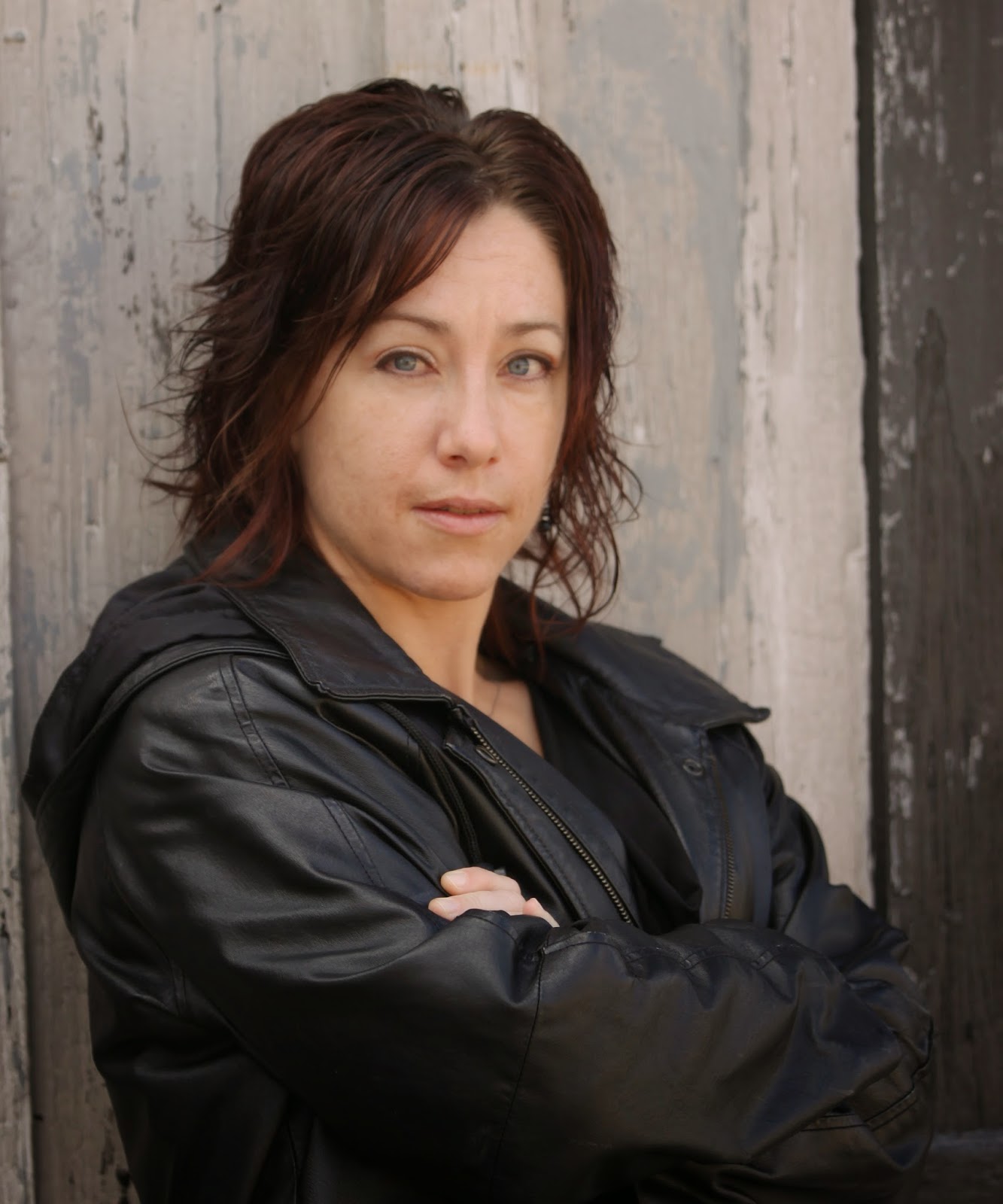 From the Dojo to the Page: Writing Fight Scenes

I. Love. Karate. For most of my marriage, my husband has referred to it as my religion. I even went to the dojo on Sundays while he took our three kids to church. (Yes, we’re still married.)

I love the dojo. I love the wisdom and centeredness I feel when I’m in that place. I love the mental focus in training.

There is at least a novel’s length of things I could say about writing fight scenes, but below is a three part guide to doing it right.

The Set-Up
Before there is ever a fight scene in a book, you know your characters, their physical traits and mental make-up, and their situations. Even if you start a story with a fight scene, you as the author know these details and can use them to create an effective context for your fight scene.

1.     Know Your Characters
I’m talking both their physical and mental aspects. You may have a nine-foot-tall Aztec guardian of some kind, but what if he’s spent most of his life trying not to hurt the other kids so that they’ll invite him out to play? He probably gets out of a lot of fights just based on his sheer size, but what is he like when he’s in one? Maybe he’s more willing to take abuse just so he doesn’t have to bear the guilt of hurting another creature. But then again, what happens when the bad guy steals the guardian’s favorite stuffed sheep? It’s a basic tip of good writing to know your characters. Add “How would they handle a fight?” to your character sheet so that you’re ready just in case the story takes you there.

2.     Write in the Training
Fighting is 10% adrenaline, 2% luck, and 88% muscle memory. In a two-minute fight, which is the length of most martial arts sparring matches, adrenaline can get you through the first thirty seconds and then you’re exhausted and you have to rely on what your muscles do on their own. Martial artists spend 300 times more time training than they do fighting, but training experience is not the same as fighting experience. How much training has your character had? What kind? How much fighting have they done?

For example, if you plunk an unskilled character in the middle of a herd of trained ninja, your character is dead unless they have a magic trick equivalent to a grenade. (Or an actual grenade, but then your character would also have to be grenade-proof.)

In a good story, you also only need to go into detail with something once. The only reason to flesh out a repeat scene is if there is something compelling and special about the repeat, such as character growth. You should spend more time writing about training and the relationships and inner strength it develops than you do on fight scenes. Training sets up the fight scenes.

3.     Build the Situation
I’m not talking about the narcissistic reality-show character, I’m talking about the lay of the land, the number of fighters involved, weapons, armor, magic, etc. The more you try to involve in a fight scene, the messier—and therefore slower—it is. The reality is that when it comes to fighting, you always rely on your few favorite tricks. It’s the KISS (Keep It Simple Stupid) mentality, and it works. That’s why characters have favorite weapons, favorite horses, favorite fighting partners, etc. It takes too many hours to get there to just start over every time.

Where is the fight? Who’s there? What’s at stake? Why does the reader care? This should all be described before you get into the action. Once you start throwing punches, there isn’t any room for this kind of description and detail.

1.     Pack the Action
Once two or more individuals engage in a fight, brains shut down and muscles take over. Adrenaline wakes your senses and everything seems sharper while your body feels numb. You’re not thinking or worrying about metaphors and similes or whether or not you left the garage door open unless that affects your getaway options. You become primal. Fight scenes are action and reaction, a quick list of events.

2.     Use Active Voice
Even though ‘active’ and ‘action’ have a lot in common, you’d be surprised how many fight scenes suffer from the smothering effect of passive voice. Keep your sentences straightforward and simple. Same goes for word choice. Be direct. Don’t get into fancy descriptions here. Use words as primal as your character’s behavior.

3.     Stick to Physics
Living on Earth comes with a few rules, including inertia, atmosphere, and gravity. In short, what goes up must come down. If you describe someone being kicked and flying a distance of twenty feet before hitting a tree or landing on the pavement, either you are watching too much anime or you have no idea how far twenty feet is. Start with a realistic fight and then embellish with the characters’ special powers. I recommend measuring fights by body parts, such as ‘within arm’s reach’ or ‘she landed a body length away.’

This concept applies to your characters’ sense of time as well as distance. Time is suddenly measured in heartbeats or breaths, not seconds or minutes. Real time changes to psychological time when you’re fighting.

The Recovery
Getting punched while fighting hurts, but not as much as it will hurt after the numbing effects of adrenaline and swelling have faded and the pain is colored by guilt or fear or pride.

1.     Describe the Physical Aftermath
In a good fight, you get bruises and broken bones. You hurt in places you didn’t know you had. Even Chuck Norris would be stiff and sore after defeating Megamind and his army of alien minions. These bruises and sore muscles are how you learn, and the more you train, the stronger you become and the faster you recover. In the scenes following a fight, remember to include these painful reminders of the action. Scars also make good stories.

2.     Embrace the Learning Curve
It’s human nature to revisit events and consider what we should have done or what could have gone differently. Fighting is the same. A dangerous experience brings up emotion and memories and forces us to examine our definition of who we are. You will never be the same after a fight; neither will your character.

3.     Invest in an Expert
Your character will go through a learning curve, and so will you. If you’ve never done any fighting, get help from someone who has. I’ve trained for ten years and taught almost as long. Spacing, timing, technique—I know these things. I will also know if an author doesn’t. Even if you think you have a good grasp of the logistics, have someone with experience read over your scenes. I also recommend having someone with no experience read your scenes to make sure that the rookies can follow the action, too.

You can also watch UFC matches, go to a local dojo and watch them train, or read books on fighting and techniques. First-hand experience is the best teacher, and many senseis would be willing to donate a couple hours of their time to help out an author. Be sure to thank them and maybe include them in your acknowledgements.

In the end, we write fight scenes because readers like them. They fit the characters and the story and serve as effective catalysts for plots. Make your fight scenes exciting and have fun with them. That’s what it’s all about, right? In the end, it’s having a good story that sells. The fight scenes just help. And why do we read books in the first place? It’s to escape reality, so make it a fun escape.

What have you experienced with writing fight scenes? Do you have a scene you would like us to help you with?

Christine Nielson Haggerty grew up in rural Utah with three brothers, a sister, several chickens, a goat, and an outhouse. She always loved the escape of fantasy and the art of writing, and her passion for life is to craft stories of strength and survival.

Christine is a black belt in Shotokan, a traditional Japanese form of karate. She currently trains at a mixed martial arts dojo where she enjoys kickboxing, point sparring, and maintains her traditional discipline. She is the author of The Plague Legacy: Acquisitions, a young adult dystopian fantasy about plague orphans being sold as slaves and gladiators. Her sequel, Assets, will be out late 2015 and involves both group and individual fighting in a dystopian version of the Roman arena.

With fourteen years’ experience teaching both karate and high school language arts teacher, Christine has found a niche in combining those skills to help authors write effective fight scenes. She will be presenting at the Author’s Combat Academy in Tennessee in April 2015.

Her other interests are drawing, reading, and hosting killer barbecues (where nobody actually dies). 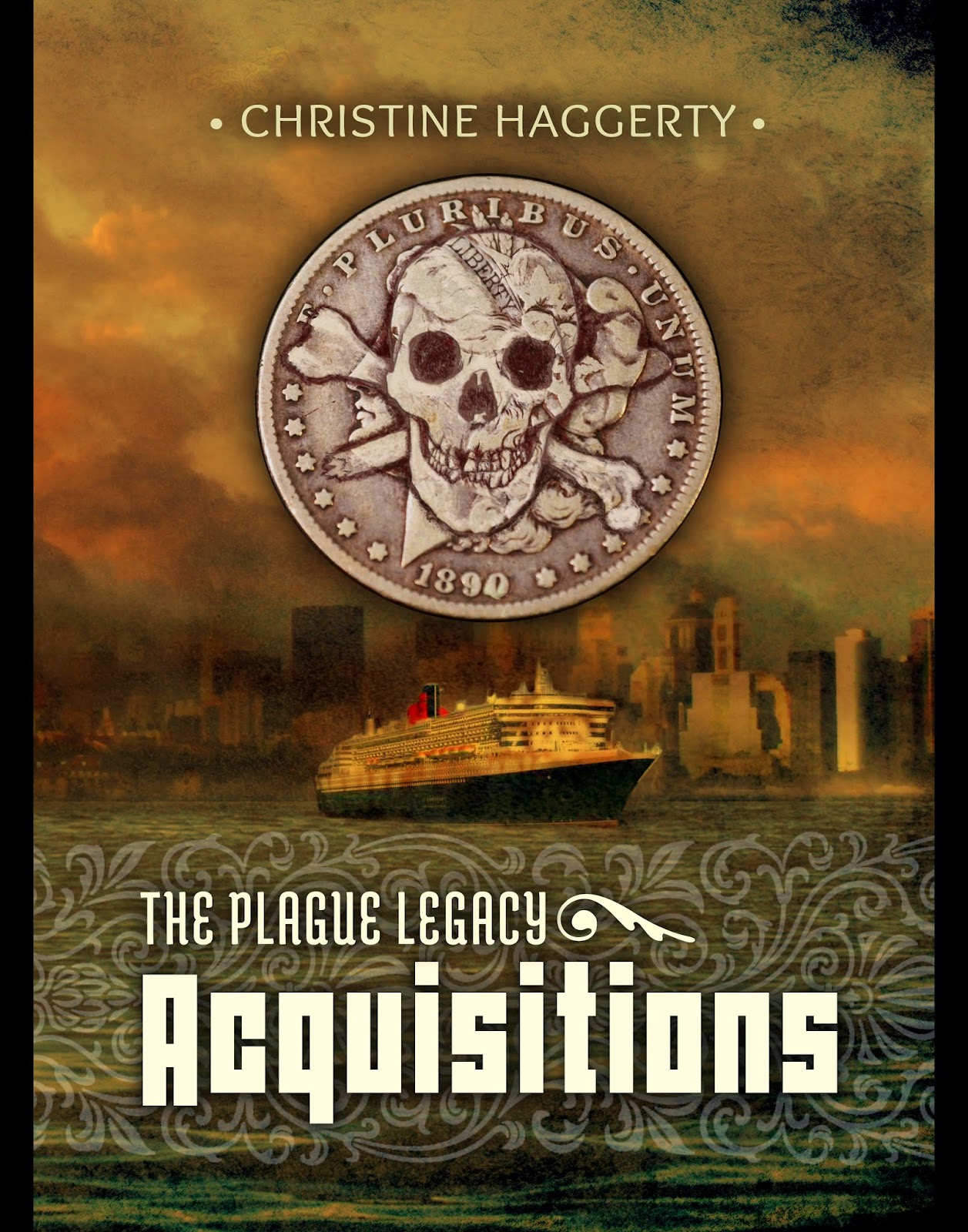 I just wrote a scene about a fight and although I feel it went pretty well, this makes me want to revisit it.
I'll post about it and share a link on my blog.

Thanks, Realmwright. We'd love to hear about it!