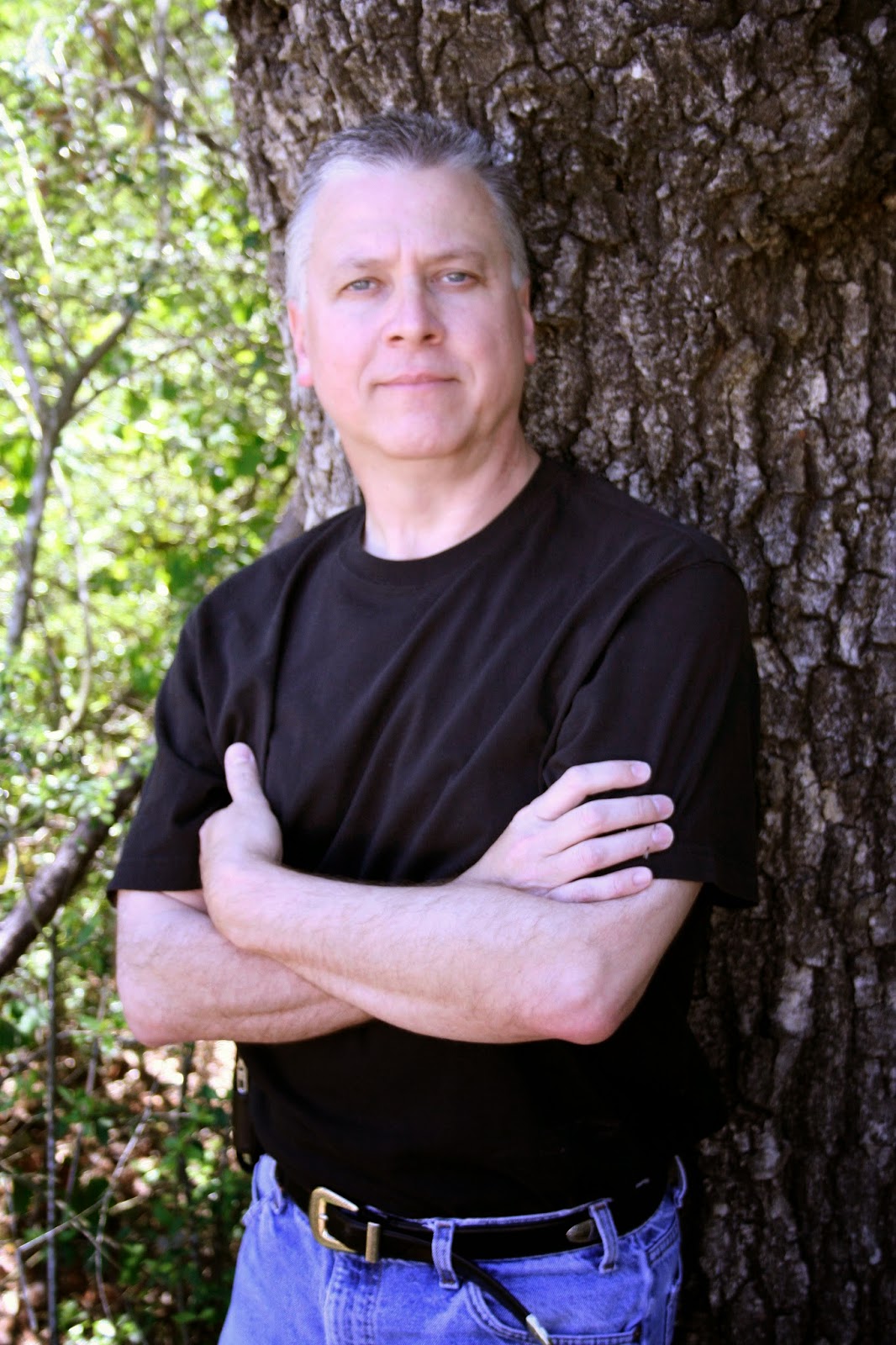 Jerry Hatchett writes unputdownable thrillers. The bestselling author of Seven Unholy Days and The Pawnbroker, Jerry is one of only a handful of self-published authors who has managed to ride the publishing revolution's wave and stake a solid competitive claim in the thriller market. Some of his books have over four hundred Amazon reviews!

Jerry's mind is a lot like his characters, an eclectic product that combines southern charm with American grit, everyday man with high tech smarts.  In "real life," Jerry is also the inventor and patent holder of the 1990's phenomenon “EasyBraid,” a licensed private pilot, a self-described “gadget freak,” an “IPO chaser,” and a digital forensic specialist. With all of that background condensed and poured into his novels, it's no wonder his thrillers have claimed the readers' attention.


Welcome to MB4, Jerry. It's a pleasure to have you here today. Word is you've got a new thriller coming out, Unallocated Space. What is it all about?

It’s about a guy named Sam Flatt stumbling into a situation he couldn’t have imagined. He’s a digital forensic expert, a digital detective brought into to find out who’s electronically stealing money from SPACE, which is the biggest, glitziest, and most futuristic casino in history. Flatt is a man with a dark past he thought he had left behind, but this case may just drag him back into that darkness. 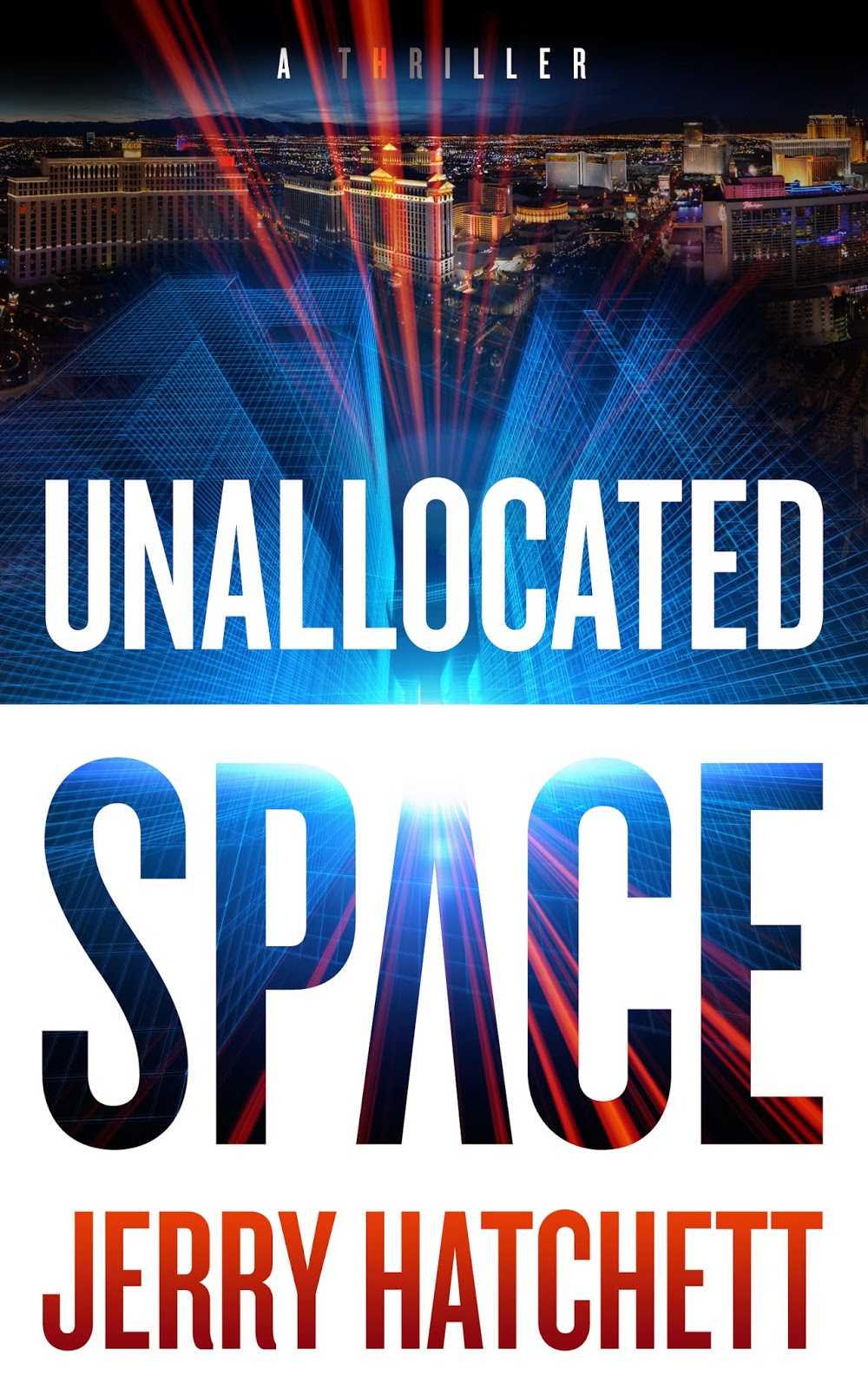 Seven Unholy Days is a grand global adventure built around a character who’s a little bit larger than life from the beginning of the story. Pawnbroker is about an everyday guy who finds himself completely out of his element and in over his head. Unallocated Space’s main character is very different. He’s quiet and dark with a past that has shaped him into an eccentric fellow. (Despite a very high-tech career, he has no house, but instead spends most of his time living off the land with a very special horse he loves more than life.) It’s also a unique setting, with most of the action taking place inside a futuristic wonderland.


What do you think readers will like best about Unallocated Space?

If I’ve done my job, they’ll love everything about it! What do you hope readers will say when they read the last line?

“I love this guy, Sam Flatt!” What did this latest release teach you about writing, reading and yourself?

As with every book I write, it taught me that writing is a wonderful and difficult process that always presents lots of room for improvement. Reading continues to inspire me as a writer. Nothing excites me more than discovering a new author I love, and the publishing revolution has yielded several of those for me over the past couple years. I still have a lot of traditionally published authors I love, but now I’m also discovering indie authors who are loaded with talent and able to bring splendid entertainment to the market that’s free of the previous constraints. About myself? Hmmm. I continue to be reminded that I always underestimate how long writing a book will take! I think the main personal lesson I take away from the process, though, is that I’m very blessed to be able to tell stories that entertain people by allowing them to meet new people and visit new worlds that I get to create. ******
ABOUT JERRY HATCHETT
Jerry Hatchett grew up in the creatively fertile Mississippi Delta. His stories often draw from his eclectic background, providing a foundation for intriguing tales populated with everyday people who often find themselves in extraordinary circumstances. His business experience runs the gamut from pawnbroker to inventor to technologist to specialized expert in digital forensics.


Hatchett lists John Grisham, James Rollins, Nelson DeMille, and Ken Follett as major influences on his writing. “I want to entertain people by creating new worlds and people for them to love and hate, and I always try to write a story that you just can't put down, ” he says.
A lifelong fan of Ole Miss and SEC football, he awaits each fall with zeal. He’s also a movie fanatic, an avid reader, and with uncharacteristic immodesty claims to cook the world’s best ribeyes. He currently resides in The Woodlands, TX, a suburb of Houston.


PAWNBROKER    Would you give killers what they want to get them to leave you and your family alone? Gray Bolton might, if he knew what "it" was. Life as a Mississippi pawnbroker is good, with a beautiful family and a bright future. Then he kills an armed robber and trouble cascades upon Bolton from everywhere. They all appear to be after the same thing and they will all do anything to get it. Unfortunately, Bolton has no idea what that thing is; but its discovery will test him in ways he couldn't have imagined, and the stakes are simple: Everything. 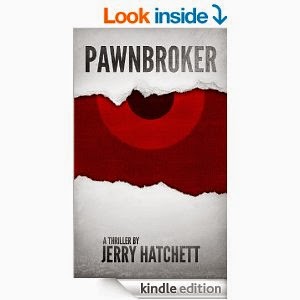 SEVEN UNHOLY DAYS     Technology and insanity combine to create a very bad week for the United States and the world. In this unputdownable thriller from breakout author Jerry Hatchett, tech celebrity Matt Decker is on top of the world until his flagship creation, the system that runs the U.S. power grid, suffers a crippling cyber attack. Chaos follows as a ruthless maniac sets out to create his own version of Revelation's battle of Armageddon. And he's making it personal as he blames Decker for the escalating disasters that stretch from New York to Israel to the "sulfurous scarps of hell."  Seven Unholy Days, should come with a warning:  Don't start this one unless you're ready to be sucked into a story that never lets go! 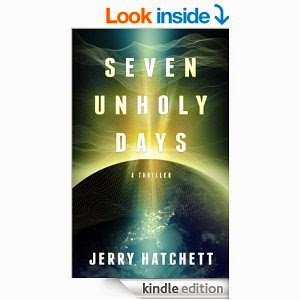 
Dora Machado is the award-winning author of the epic fantasy Stonewiser series and her newest novel, The Curse Giver, available from Twilight Times Books. She is one only a few Hispanic women writing fantasy in the United States today. She grew up in the Dominican Republic, where she developed a fascination for writing and a taste for Merengue. After a lifetime of straddling such compelling but different worlds, fantasy is a natural fit to her stories.


When she is not writing fiction, Dora also writes features for the award-winning blog Murder By Four and Savvy Authors, where writers help writers. She lives in Florida with her indulgent husband and two very opinionated cats.


To learn more about Dora Machado and her award winning novels, visit her at www.doramachado.com , email her at Dora@doramachado.com, find her on Facebook, or follow her on Twitter.