By
Dora Machado
We had a blast at the Tampa Bay Comic Con this last weekend. Along with my Twilight Times Books colleagues, Scott Eder and Maria DeVivo, we enjoyed an exuberant celebration of fantasy and science fiction in books, television, movies, and videogames. The Con was a triumph of the human imagination. It was fun, chaotic at times, but supremely entertaining. My favorite? The panels.
Maria, Scott and I sat on several panels together with authors Tracy Akers and K.L. Nappier, to discuss the best novel-to-movie adaptations, building believable worlds, and character development. It was the first time that writing panels were included at the Tampa Bay Comic Con, thanks to the efforts of Tracy Akers and Scott Eder, who organized the panels.
The result were great. Not only were the panels extremely well attended, but they were also full of clever readers who knew their fantasy, promising aspiring writers, geniuses disguised as kids, and a host of fascinating characters.
We had awesome discussions with amazing audiences. If you are a writer, consider going to a few of these. I really enjoyed hanging out with my fellow authors, meeting so many smart and interesting readers, and sharing my writing experiences with folks who love writing, reading and fantasy as much as I do.
Fellow Twilight Times Books Authors
Maria DeVivo, Scott Eder and me in the middle. 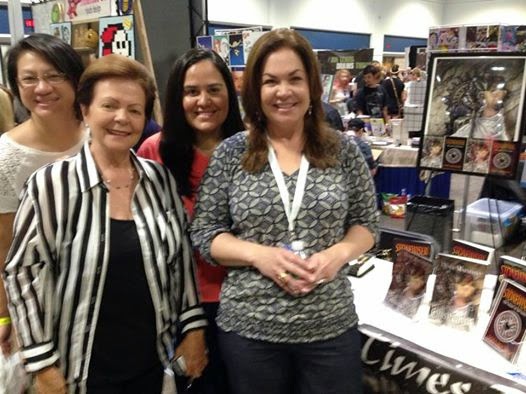 Friends and family stopped by the TTB booth.
﻿ 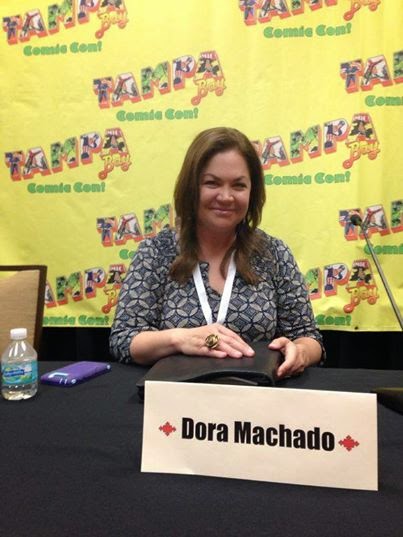 Yours truly at one of the panels. 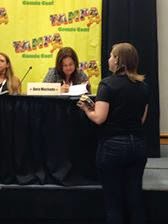 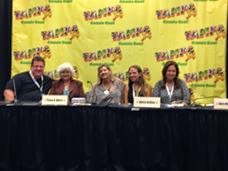 From left to right, authors Scott Eder, Tracy Akers,
K.L. Nappier, Maria DiVivo and me.
******
Dora Machado is the award-winning author of the epic fantasy Stonewiser series and her newest novel, The Curse Giver, available from Twilight Times Books. She grew up in the Dominican Republic, where she developed a fascination for writing and a taste for Merengue. After a lifetime of straddling such compelling but different worlds, fantasy is a natural fit to her stories.
When she is not writing fiction, Dora also writes features for the award-winning blog Murder By Four and Savvy Authors, where writers help writers. She lives in Florida with her indulgent husband and two very opinionated cats.
To learn more about Dora Machado and her award winning novels, visit her at www.doramachado.com , email her at Dora@doramachado.com, find her on Facebook, or follow her on Twitter.