An Interview with Eleanor Kuhns 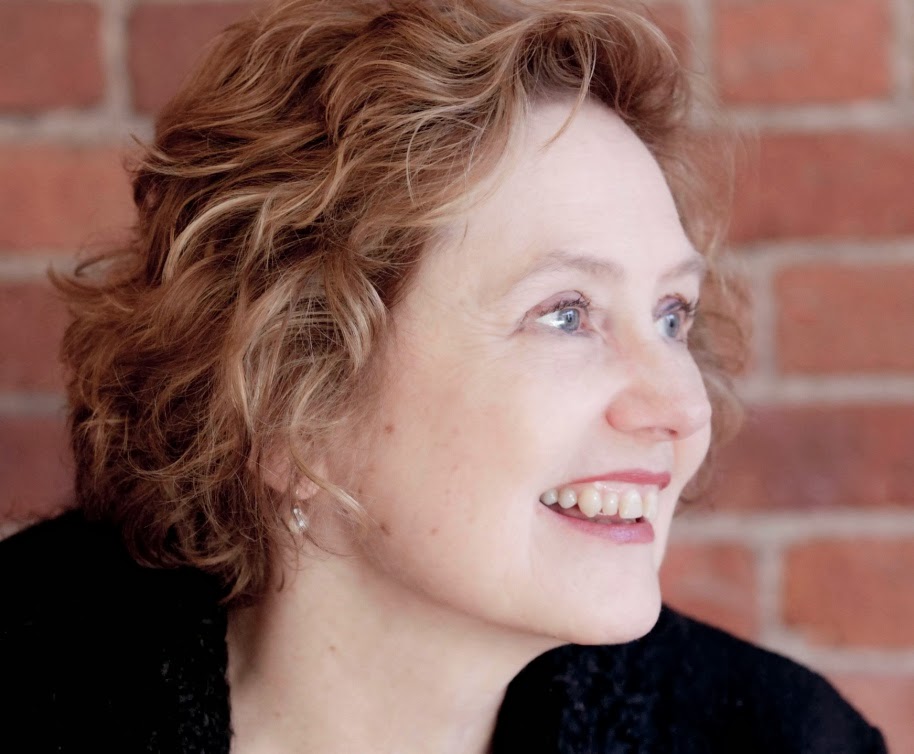 It is my pleasure to introduce you to Eleanor Kuhns, the author of a delightful series of painstakingly researched historical mysteries set during the American post-revolutionary period.

Eleanor got her big publishing break when she won the 2011 First Crime Novel Competition from Mystery Writers of America/ Minotaur. Her winning entry, A Simple Murder, was published by Minotaur and was quickly followed by Death of A Dyer and the upcoming Cradle to Grave.

Welcome to MB4, Eleanor. Can you tell us a little bit about yourself?  Why do you write, when did you start writing and how did you become a published author?

I am a lifelong librarian from a family of librarians.  I cannot remember a time when I did not want to be a writer. I wrote my first story at the age of 7. It was science fiction and every paragraph began with 'suddenly' or, for variety, 'all of a sudden'. Although I published a few short stories, I did not have much success writing science fiction and decided to change to the genre I read for relaxation - mystery. First manuscript out of the box won me the 2011 First Crime Novel competition from Mystery Writers of America/ Minotaur.

You are an author of historical mysteries. Why did you choose to write mysteries and how do you use history to enhance your novels?

Although technology has certainly changed in the last 200 years, especially for solving crimes, I don't think people have. The urges that motivate someone to kill were the same then as now. I like to use the history to shine a light on a period few know much about, as well as show some of the drawbacks of that time. Trying to catch a murderer with a horse and wagon instead of a fast car is just a much different process.

The protagonist of your series is William Rees, a traveling weaver recovering from his stint as a revolutionary war soldier and the death of his wife. What is it about Rees that makes him such a compelling hero and why did you pick this specific period in history as your setting?

It seems that our US history is taught as a succession of wars with a big gap between the Revolutionary War and the Civil War. But everything didn't just stop.  The people active in out War for Independence continued living. So I chose a former soldier.

I also wanted a traveler so he wouldn't be investigating a succession of murders in one small town and I could bring in interesting history from all around the country. Third, in a time when the responsibilities for the sexes were relatively separate, weaving was one of the few professions practiced by both genders.  A traveling weaver could interact with women as well as men.

I also based Rees on my father: a flawed man but honest and passionate about justice. And a craftsperson. The modern world really doesn't respect people who work with their hands anymore. So there is a lot I am trying to do with Rees.

How is writing a mystery series different from writing a single mystery novel?

In the first story, I had to include a backstory. Well, that backstory has just increased as Rees has gone on with his life. Now I have a lot to keep track of. It also grows more difficult to keep the character fresh. I guess my subtitle should be "The growth and evolution of Will Rees."

You are now in your third book of the series, Cradle to Grave, coming June 17, 2014. How has your writing evolved? How have your characters evolved?

The third Will Rees, Cradle to Grave, will be published June 17, 2014. With each book, I grow more comfortable with my style and characters. And, as I receive edits, I learn what the publisher is looking for.

As far as the characters go, I now feel as though I know them and understand the stresses of their lives. Much of the current stories spring from the personalities of the characters now.

Who is your audience? What kind of people do you envision reading your books?

Mystery readers, of course. But I wanted to expand my audience so I tried to straddle the cozy and hard boiled genres. Some of my readers are historical fiction fans who don't read mysteries but chose my books because of the historical component. I will say that so far my experience has been that my readers are mostly women.

Many MB4 followers are writers themselves. Can you share with us your view on the publishing experience? What works well for you? What are the challenges? How do you foresee the future development of the publishing industry and the historical mystery genre?

Working with the publishing world is frustrating. I find the 'Hurry up (and get these edits in) and Wait (for our response and your check) method maddening.  But I have learned to embrace the constructive criticisms.

I don't see the end of publishing but things are changing. However, Libraries will continue to be a huge market for the traditional publishers. They just don't have access to the independent and self-published titles. Plus, at least 90% of library patrons still prefer paper books so while e-book is a popular format, it is becoming just one of many.

Mysteries I think will continue to be a hugely popular genre and so far the historical mystery is also popular. I don't see either of those changing soon.

Is this the end of the series or will you continue to write about William Rees? What's next for you as an author?

I am currently polishing my fourth Will Rees (working title: Death in Salem, and have begun work on the fifth. I hope to run the series into the early 1800s. But I also would like to work on a few other stand alone mysteries. The main challenge is always time!

Thank you so much for talking to us, Eleanor. We wish you much success with all of your projects!

Eleanor Kuhns currently works as Assistant Director in the Goshen Public Library and Historical Society. Readers can email her at eleanor.kuhns@gmail.com, follow her on Facebook and Twitter under the name Eleanor Kuhns, and check out her website: www.eleanor-kuhns.com 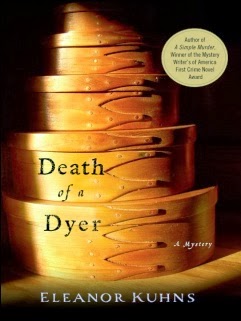 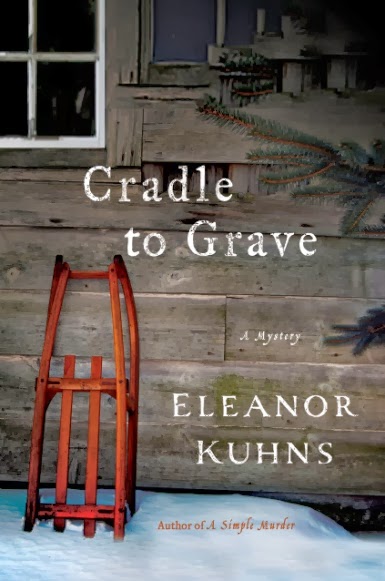 Dora Machado is the award-winning author of the epic fantasy Stonewiser series and her newest novel, The Curse Giver, available from Twilight Times Books. She grew up in the Dominican Republic, where she developed a fascination for writing and a taste for Merengue. After a lifetime of straddling such compelling but different worlds, fantasy is a natural fit to her stories. She lives in Florida with her indulgent husband and three very opinionated cats. 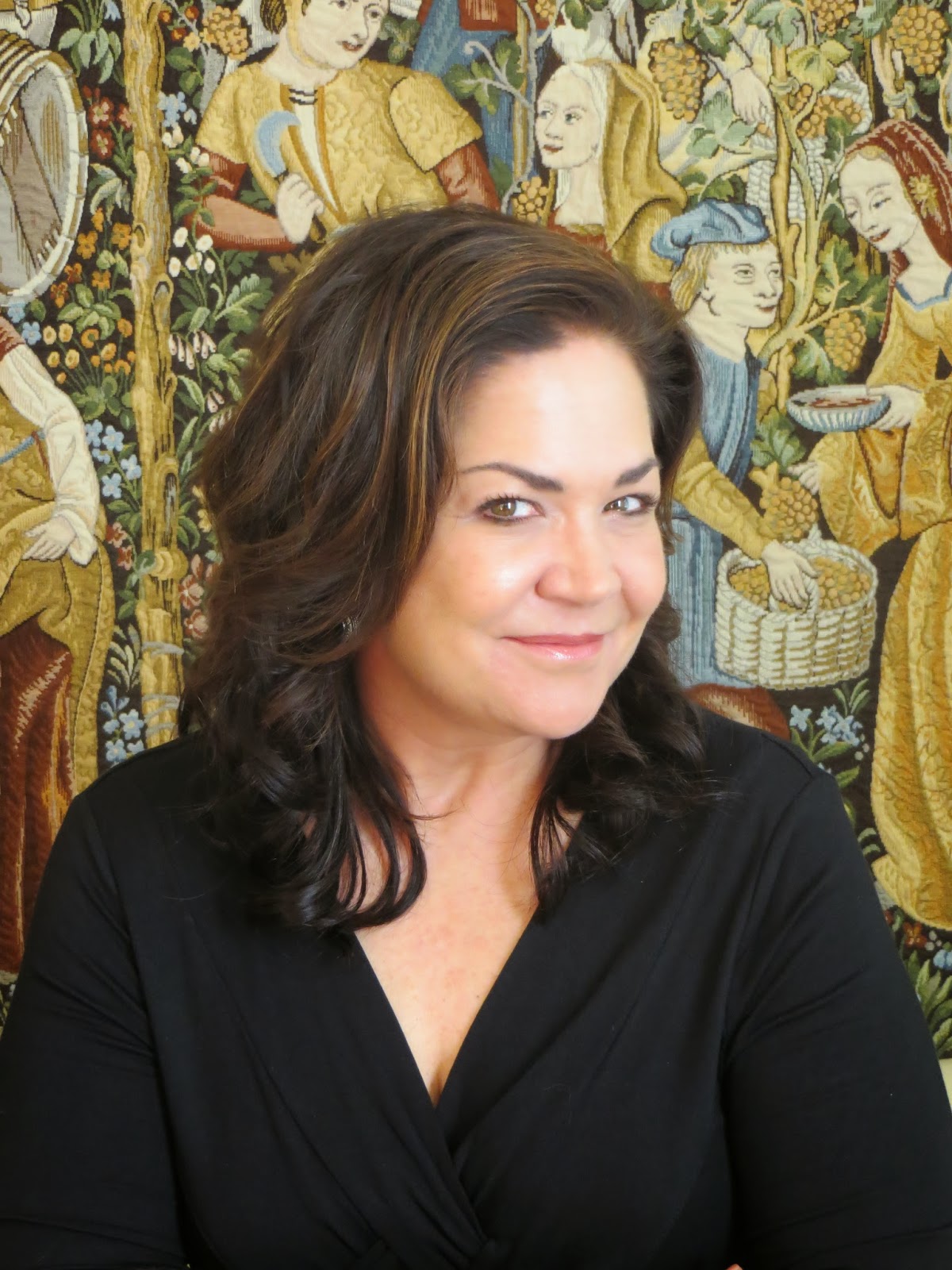 Dora and Eleanor, this is a fascinating exchange. I loved hearing about Eleanor's stories and motivations - superb. Eleanor, I am a real antique buff (my house is full of them), so I really appreciate your cover art - my mom had those shaker baskets and that sled, and I have ladderback chairs such as the one hanging in your first cover - gorgeous. Thanks so much for joining us today. - Aaron