Saving Cats & Other Parts of Your Novel

Can a Famous Book on Screenwriting Help the Novelist? 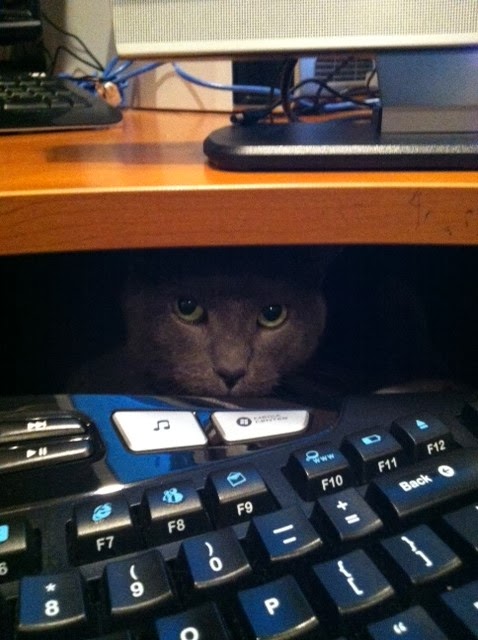 All the cats I've ever owned came from our local humane society, which is probably why a writing book entitled Save the Cat! caught my attention. It turns out that Save the Cat! The Last Book on Screenwriting You'll Ever Need (Michael Wiese Productions, 2005) by the late Blake Snyder is quite the popular book. Wikipedia tells us that it was the number-one-selling screenwriting manual on Amazon for a long time and it has been reprinted fourteen times. Since Wikipedia says so, we must believe it, of course, but I run counter-culture some days, and I like to make up my own mind. So I read it, and guess what? I'm glad I did.

Blake Snyder (1957–2009) was the talented screenwriter of Stop or My Mom Will Shoot, Nuclear Family and Blank Check. By his own admission, he loved humor and infused it into everything he did, including his screenwriting manuals, which is probably why Save the Cat! is actually fun to read. The writer in me chuckled all the way through it. It was refreshing, considering that so many writing books give great tips but also put us to sleep. I enjoyed the way Mr. Snyder used popular movies to illustrate his points. I like a book that educates and entertains at the same time.

Best of all, there are a lot of juicy bits in Save the Cat! that I found helpful and pertinent to writing novels. It's impossible to share all of them here, so I'll just give you three samples of how this book can be totally helpful to the novelist.

Save the Cat! reminds both the screenwriter and the novelist that the success of any project relies on a killer concept and on our ability to successfully convey that concept. The first couple of chapters are devoted to defining the screenwriting project. What is it that we are writing about? And can we convey the entire concept of a screenplay—or a novel—in one simple but powerful logline?

I know I speak for a lot of my fellow writers when I say that writing that logline can be the most challenging part of a writing project. Some of us spend weeks and months agonizing about the single most important concept line that will either launch or sink our pitches. Mr. Snyder, who grew up in the business, makes a compelling argument for the importance of the logline, both as a concept generator that will launch great writing and as a pitch to sell great writing.

Any writer pitching a project today will benefit from his approach. He tells us that an effective logline must include irony, imply conflict, and present a compelling mental picture of the entire movie—or, in our case, novel. He breaks it down. A good logline must have an adjective to describe the hero, an adjective to describe the bad guy, and a compelling goal that we can all identify with as human beings. He goes on to discuss killer titles and perfect heroes, reminding me of simple points that we novelists sometimes tend to forget. Next time I write a logline, I'll remember Mr. Snyder. I hope you do too. It might save us some time!

In Save the Cat! Mr. Snyder outlines what he considers to be the perfect construction and internal organization of the kind of screenplay likely to make it in Hollywood in fifteen beats. As a rule, I don't like restrictive models or cookie-cutter approaches to writing. Mr. Snyder's very specific model is not directly applicable to novels, since screenplays are a lot shorter and written for the purpose of making movies. However, I found all fifteen beats, plus the sequence that Mr. Snyder suggests, pertinent to any good novel. I can see a smart novelist using these beats as reference points to strengthen a novel's structure and also during the edit process, where the beats could be helpful to fix structural deficiencies.

And then, there's my favorite chapter, chapter six, which Mr. Snyder says he specifically wrote for the purpose of saving time. In this chapter, Mr. Snyder defines five or six common problems that writers face and the quick solutions to fix them. The first of these is—you guessed it—the “save the cat” rule. Heroes are hardly ever perfect people, and we wouldn't want them to be perfect because then they'd be real boring!

I love an imperfect hero or heroine. In fact, if you've read any of my novels, you know that I prefer the unlikely hero and the reluctant heroine any day. Not only are imperfect heroes more interesting, they are also more real and human, more compelling and more like the rest of us. But Mr. Snyder makes a very good point. An unlikable hero is the kiss of death to any writing project. What to do?

“Save the cat” is the screenwriting rule that says that the hero has to do something when we meet him so that the rest of us will like him. It invests the writer with the responsibility of syncing the audience and the hero so that the audience/reader can get behind the hero's plight from the start.

Mr. Snyder gives the example of Disney's Aladdin. When the movie opens, we see Aladdin, a "street rat" stealing bread, but then, right after the chase scene, when Aladdin escapes and is about to eat the stolen bread, he sees some hungry children and he gives them the bread he stole. Okay, so he's a thief, but he's a good kind of thief. Perfect “save the cat” moment.

“Save the cat” is only one of the fixes that Mr. Snyder suggests in his book. Years after his death, all of us can still benefit from his diagnostic genius. There's a lot more to this book that will sharpen your writing and save you time, like the Pope in the Pool (how to deal with necessary exposition), Double Mumbo Jumbo (only one piece of magic per concept, please), Laying Pipe (too much setup will actually clog the drain), Black Vet (too much, too on-the-nose) and Covenant of the Arc (every character must change). There's an awful lot of inspiration, analysis and examples too, all of it delivered with warmth, kindness and laughs. No wonder Mr. Snyder's colleagues in Hollywood lamented his early death.

If you haven't read Save the Cat! and you're looking for a very practical, down-to-earth, writer-pounding-the-pavement kind of a writing book, even if you are a novelist, this one's for you. So yes, a book on screenwriting can help the novelist. Oh, and by the way, go save a cat. No, really, I mean it. 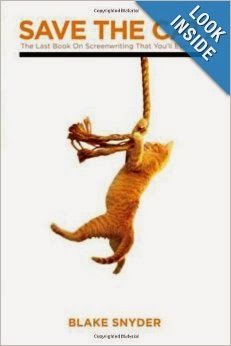 Dora Machado is the award-winning author of the epic fantasy Stonewiser series and her latest novel, The Curse Giver, available from Twilight Times Books. She grew up in the Dominican Republic, where she developed a fascination for writing and a taste for Merengue. After a lifetime of straddling such compelling but different worlds, fantasy is a natural fit to her stories. She lives in Florida with her husband and three very opinionated cats.

Dora also writes features for Murder By Four, an award winning blog for people interested in reading and writing, and Savvy Writers, where writers help writers.

To learn more about Dora Machado and her novels, visit her website at www.doramachado.com or contact her at Dora@doramachado.com.
For a free excerpt of The Curse Giver, visit  http://twilighttimesbooks.comthingsTheCurseGiver_ch1.html.

Dora - this is so timely for me. I was just asking another author I know who has gone through the screenwriter process to write some articles about "how to" do a screenwrite! I've often wondered how the heck this is possible (to cut out all that lovely prose! Ugg!) and it also falls in line with Kim's previous post, doesn't it? You've gotta "Kill a LOT of Darlings" in a screenplay! Thank you for sharing. Looks like another book on my TBR pile!