Today I'm breaking a rule - I'm doing a straight promo for three new books. And I'm not apologizing for it, LOL.

This is a big week for print book releases from Twilight Times Books, my own illustrious publisher. I know these authors personally, and I must tell you they are genuinely delightful people, with hearts of gold and stories that will entertain young and old.

Please check out these books if you can and help our writers thrive!

One more thing - aren't these GORGEOUS covers? I'll tell ya folks,  they have set a new standard in my opinion. 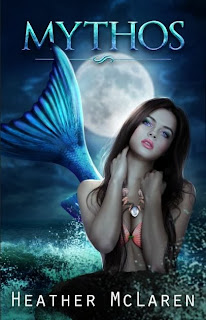 
True love was the last thing David Cooley expected to find in the Bahamas, But the moment he laid eyes on Faren Sands, he knew he had found the girl of his dreams. How could he know she was a mermaid from the lost island of Atlantis?
Because of the strict laws regarding human contact, the couple flees the consequences of their forbidden passion, struggling to survive a conflict that has been brewing between the mermaids and sea demons for the last eleven thousand years.

Once the epic battle begins, fate forces David to make a decision that will forever affect his young life. Should he stick by the woman he loves, risking his mortality for a civilization that hates him?

Heather McLaren is a Cherokee writer living in southern Illinois with her husband and four children. Mythos, the first of five books in the Mer Chronicles, is her debut novel. She is currently working on the second book in the series, Beyond Legend, and plans on bringing fantasy into the lives of young adults for years to come. 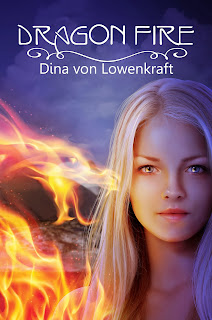 When seventeen-year-old Anna first meets Rakan in her hometown north of the Arctic Circle, she is attracted to the pulsing energy that surrounds him. Unaware that he is a shapeshifting dragon, Anna is drawn into a murderous cycle of revenge that pits Rakan and his clan against her best friend June.

Torn between his forbidden relationship with Anna, that could cost them both their lives, and restoring his family’s honor by killing June, Rakan must decide what is right. And what is worth living – or dying – for. 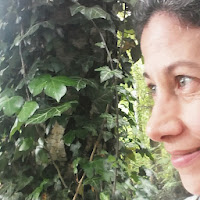 Born in the US, Dina has lived on 4 continents, worked as a graphic artist for television and as a consultant in the fashion industry. Somewhere between New York and Paris she picked up an MBA and a black belt – and still thinks the two are connected. Dina is currently the Regional Advisor for SCBWI Belgium, where she lives with her husband, two children, three horses and a cat.

Dina loves to create intricate worlds filled with conflict and passion. She builds her own myths while exploring issues of belonging, racism and the search for truth... after all, how can you find true love if you don’t know who you are and what you believe in? Dina’s key to developing characters is to figure out what they would be willing to die for. And then pushing them to that limit.
LINKS: