I have always enjoyed the process writing of a good suspense, especially psychological suspense.

Like humor, the craft of suspense has a whole lot to do with timing. First you plant clues that something may go wrong. You can do this very subtly. Just having an odd item in a room can foretell evil happenings.

As with dream-logic, juxtaposing two things in time will create a story-logic connection.

In a simple murder or horror suspense, the leaving of clues and the signs that evil is coming is fairly straightforward. Plant a knife in the scene somewhere, bring it out a few scenes later.

With psychological suspense I plant clues by showing how out of touch with reality my main character is. 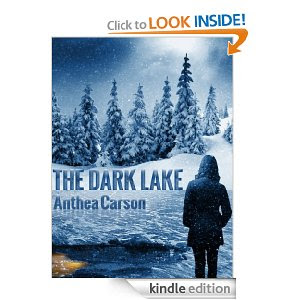 For example, in The Dark Lake, book 1 in The Oshkosh Trilogy, I show that the main character is out of touch. She starts her new job. She arrives late, and then tells them that she is thirsty and needs a soda. When they point to the drinking fountain she tells them that their water tastes like pipes. Then she goes out to her car and digs around for the 35 cents to get the pop.

Her lack of connectedness to reality makes many readers want to keep her safe, since they know she can’t keep herself safe. This creates uneasy anticipation, the very definition of suspense. 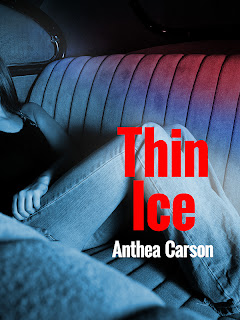 Something is wrong with Jane.

It's not that she still lives with her parents in Oshkosh, Wisconsin, although she's well into her thirties. It's not that she can't keep a job, stay sober, or function as an independent adult. It's something else. Something she can't quite remember.

Hello, Anthea, and welcome to Murderby4! I too, love psychological suspense and will definitely be checking out your titles. Best of luck to you and have fun on Kim's radio show (if you haven't already). She's such a fun host!

Thanks for the warm welcome! Hope you enjoy the book!